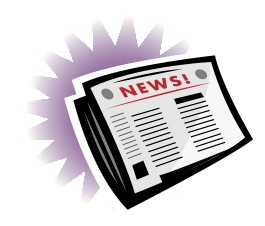 What’s the news across the nation? According to one highly informed source, the country is becoming an “expanding news desert.” It’s hard to believe when you can access breaking news any time of day, whether via cable news channels or internet websites. Not only can you get your news, but you can choose your kind of news, customized to fit your personal needs, beliefs and desires. And, as it turns out, that may be the problem.

I’m talking about local news, which is an endangered species in the United States. The 21st Century has been particularly cruel to daily and weekly newspapers, according to an exhaustive study covering a span of two years, collecting data from almost 9,000 newspapers. We’re losing the news closest to us, according to aforementioned recent research and conclusions from its findings by School of Media and Journalism researchers at the University of North Carolina (UNC).

About 1,800 newspapers across the country, mostly community newspapers serving small cities and towns, have gone out of business since 2004. More than 500 of them were closed or merged away in rural communities. Most were weeklies. There are more in the same predicament— survivors, barely hanging on, sliding down a vortex toward extinction as the sources of local news that bind us as communities.

The internet has turned everyone into a reporter and commentator, slinging opinions and pseudo-facts around like hash in a cheap diner. There is no code of conduct or ethical standards that once prevailed in the typical newspaper, where opinions were labeled and separated from reportage, which at least attempted to follow the basic tenets of journalism. The primary obligation of journalism is to the truth, according to the American Press Institute, which states that its purpose is “to provide citizens with the information they need to make the best possible decisions about their lives, their communities, their societies, and their governments.”

Newspapers, for the most part, didn’t encourage, even incite, readers to storm the capitol building on January 6. You can credit most of that to the increasingly antisocial social media.

By the time the year 2019 was coming to an end, Politico Magazine reported that newspaper circulation nationwide had fallen to half of what it was 25 years before (1994). Advertising revenues have been gutted to barely 20 percent of what they were in 1994. The biggest hits were taken by small-town dailies and weeklies, which have traditionally been the chief sources of news for many of us. Much of what they reported was local news, which helped us read the pulse of our respective communities.

What is happening to newspapers, even those with an online presence, has been described as apocalyptic by media analysts. According to the Brookings Institute, more than 65 million Americans live in counties where only one or none (200) is published. Many across the country have been purchased by chains with political agendas, offering a dearth of local news coverage by marginal journalists to maintain a false community-friendly facade.

Simultaneously, the devotees of local news are shrinking. Crimes, fires and motor vehicle accidents, if serious enough, may receive regional television coverage for those who still include local stations from their cable and satellite providers. Local high school and college sports get token coverage on regional television stations and perhaps streaming game commentary on school websites. As for school boards, town councils and even county governments, it will take controversy or scandal there to gain attention.

There are two ways for a newspaper to continue publishing: income from circulation (subscriptions and newsstands) and income from advertising. According to News Media Alliance, which was the Newspaper Association of America until 2012, advertising revenue for newspapers peaked in the late 1990’s and has dropped precipitously since. By the time I was hired for my first newspaper reporting job on 1972, the days of making a profit from circulation alone were long gone and ad sales were predominant. Of course, the healthier your circulation numbers, the more appealing the paper is for advertisers. You had to sell ads to stay in business, and newspapers were still the best way to reach customers. Plus, newspapers had the advantage of staying around the house to be reappraised and consulted as opposed to fleeting messages on radio and television.

However, advertisers were making it more difficult to remain objective and independent in our reporting by pressuring publishers and editors when an article or editorial treaded negatively on their turf or personal opinions. People threaten to cancel their subscriptions because they don’t like views expressed on the opinion page, which is for (you guessed it) opinions. Too often editors and publishers comply with these demands if they receive enough phone calls, letters and emails that make them fearful of losing subscribers and advertisers already at a premium.

Online editions keep the New York Times and Washington Post thriving, but it’s not the same for the little guys.

Community newspapers keep democracy alive by reporting on local government, business and industry, crime, civic organizations, schools and all the other local activities and achievements. It’s a protection against corruption, including crafty local politicos who might otherwise rise to state and national prominence without ever being held accountable by the watchful eyes of the local press.

Surviving newspapers look like a skeleton of their former selves— diminished in many ways. It was already inevitable and, like an avalanche gaining momentum on a steepening slope, the arrival of the pandemic made it worse. The year immediately preceding COVID’s arrival in the U.S., 7,800 journalists lost their jobs, according to Business Insider, and about five times that many print news media employees in the year since.

Choosing to Become Dumb and Dumber

Newspapers’ loss is the social media’s gain and, even with all the sources of information available at our fingertips, we as Americans are becoming dumb and dumber as we turn to more unfounded and skewed information. About two of every 10 Americans got the bulk of their news on social media, according to the Pew Research Center in a recent survey, and, as a result, “knew less about politics and current events.”

Print readers are also becoming a vanishing breed, and it is no surprise that the younger the adult, the more likely they are to avoid the print and online editions of whatever local newspapers there are for them to read. Weekday newspaper readership over the previous 15 years dropped from 122 million to 73 million, according to the aforementioned UNC study, a decline of 40 percent, with a decrease of 20 million in the last four years of that span alone.

Print news is more comprehensive and digs deeper into the topic than the three-to-five-minute coverage in a top news story from your local or network news station. “Talk Back” segments have become features of many local news stations—much as letters to the editor in local newspapers.

TV station gripers are often anonymous and verging on apoplectic, as they whine and wail with a variety of complaints and an occasional compliment. Letter writers in newspapers, however, have to identify who they are— as do those who write commentary on the op-ed pages in cities and small towns across the U.S.A. In a healthy journalistic environment, readers get a dose of both conservative and liberal opinions, for example. If the composition of a newspaper’s readership is overwhelmingly Republican and conservative, as it is in the rural Northern Tier where I live, it can get pretty one-sided and tough for a newspaper publisher who needs to sell ads and newspapers to keep his or her business afloat.

It becomes a business decision. Complaints about opposing opinions ratchet up and it might be easier for a newspaper to keep the vocal majority happy, who, as we are discovering, are anything but loyal to their vanishing local newspapers.