When Patriotism Contorts into Nationalism

When Patriotism Contorts into Nationalism 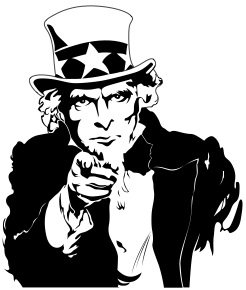 Calling all patriots who want America to be the best we can be.

If you are looking for a concise definition of patriotism — a phrase that captures its general meaning— it would probably be “love of country.” There really is no simple definition of patriotism, because it is not so much about blind love as it is an affection for and allegiance to your country acquired over a lifetime. It is a love instilled and nurtured in childhood and maintained throughout your adult years, reinforced by the freedoms inherent in a democracy that make you feel valued as an American.

These freedoms fuel patriotism, but times of divisiveness often coerce some of us to cross the line to intolerant allegiance to country.  There is a difference between patriotism and nationalism, but the latter is often confused with the former.

No citizens of any country in world history loved their country more than the German people of the 1930’s. Most were decent, churchgoing Protestant (40 million) and Roman Catholic (20 million) people getting by the best they could during the Great Depression, which essentially started with an American catastrophe— the 1929 stock market crash. The U.S. had loaned a lot of money to bolster the German economy, because the country had been so heavily penalized after its surrender brought an end to World War I. Jobs became scarce. People were starving. For the average German citizen, things seemed hopeless. It could have been too much to handle on top of the carnage of the war had not the United States loaned money to German industries to the tune of $200 million (something like $4.5 billion today).  It bolstered their fragile economy enough to keep them from sliding into the abyss of wholesale misery and hopelessness. An amazing recovery followed in the 1920’s.

We were the good guys, and we set an example of compassion and forgiveness toward an enemy who had taken the lives of thousands of American soldiers in the trenches and battlefields of the war. True, it wasn’t all about charity, because loans aren’t necessarily benevolence. It was business. Loans, after all, are supposed to be paid back with interest, but it was still generosity on our part, because we knew the fascist government, not the German people themselves, was responsible for the suffering of many innocent men, women and children. In fact, the United States could have stayed out of the war altogether and let the countries “over there” fight their own battles. Even before we entered the war, we were funding the allies’ war effort with loans, weapons and supplies.

In a way, it signaled the start of Americans taking pride in being the guardians of peace and beacon of hope for a shrinking globe. But the Great Depression was rough on us, too— real rough— and Wall Street had to stop funding Germany’s recovery and, worst of all, call in all those loans. European countries had been aggressive in seeking post-war reparation from Germany. The U.S. not so much. We knew a Germany with a healthy economy would serve our interests, and our loans represented a step toward that end. We had pulled Germany out of a free fall that was devaluing their currency toward worthlessness and strangling its economy. The years between 1924 and 1929 would be proclaimed a “Golden Age” in Germany. It ended suddenly with the infamous “Black Thursday.”

Germany fell to depths as bad, if not worse, than the years immediately after the war. In barely three years, an estimated 40 percent of the working population had no jobs or legal incomes. A loaf of bread became as valuable as a bar of gold.

We had unwittingly set the stage for the rise of Adolf Hitler.

In the U.S., we fought our way back to economic soundness and subsequent prosperity by the end of the thirties. There was plenty of sacrifice, but we stood, for the most part, united, with our democracy rebounding stronger than ever. In Germany they took to fighting in the streets and eventually chose an emancipator who assured his ostracized compatriots they were the superior martyred race and blamed the so-called inferior Jews as the cause of all their troubles. Fewer than one out of every 100 Germans was a Jew. Yet they would, through propaganda and trumped up conspiracy theories, be perceived as such a threat that the irrational remedy of exterminating all of them became a governmental imperative with many citizens looking the other way.

Going to War to Create Their Own Promised Land

Only super patriots were accepted in Hitler’s Germany. Patriotism was Hitler’s most effective weapon, and an entire country of mostly decent people lapped it up as the economy started to boom. They acquiesced to going off to war after all the previous hardships of armed conflict, because they had come to believe Germany was the Chosen Land inhabited by the Chosen People. Early victories reinforced that feeling of racial superiority and patriotism until it all began to crumble then collapse, with millions of Jews exterminated and Hitler dead by his own hand, buried under the rubble in a Berlin bunker.

But it wasn’t genuine patriotism that created this tragedy. It was rampant nationalism. Where patriotism is an act of love, nationalism often comes down to surrendering to evil in order to justify our worst behavior as a nation.

Too many of us are living in a dream world where everything about being American is better than being anything else. I take pride in being an American, am grateful for the advantages I enjoyed growing up in a loving family in a little town in which we all knew and watched out for each other. My kids grew up in a similar environment, seemingly safe and secure from the growing evil that now drives many young parents today into a state of panic when their children are out of sight for a few minutes.

I see myself as a patriot, having served my country by enlisting in a war in which I was probably too young and unsophisticated to understand why I was there. Such is the lot of soldiers in most wars. That’s how it was with Baby Boomers brought up by our Greatest Generation parents. Some of my generation chose not to serve. They protested and dodged the draft instead. I was admittedly offended by their behavior at the time, but history and my own maturation eventually took the bitterness from the pill I swallowed then.

Some of their choices required more courage than mine.

The expression popularized in the Vietnam era, though born in the 18th Century— “Our Country Right or Wrong”— just doesn’t work anymore. The other popular slogan of the time— “America: Love It or Leave It”— was basically an unfair justification for whatever we did, because the key word to define was “love.”

So if you are concerned about such things, does that mean you are unpatriotic? Not if you care about your country, what it represents and act, as best as you can, with the moral authority to which you are entitled as an American citizen. It is a moral authority, I believe, based on thoughtful examination of facts to discern the truth. Not thoughtless acceptance of mindless slogans, unproven concepts and unfounded theories.

I think we tend to confuse nationalism and patriotism. The former is defined as “excessive or undiscriminating devotion” to your nation. That fits with “your country right or wrong.” A patriot should want his or her country to be the best it can be and to be particularly attentive to things that may be morally wrong. Loyalty to your country is part of patriotism, and some definitions include words like devotion and fidelity, but not, in my opinion, to the extent of religious ardor or zeal.

Anyway, religion and nationalism often hang too close together, with the Bible sometimes used to justify the worst of our behavior. It happened in Germany and it happened here.