What’s In a Name? Just about Everything

What’s In a Name? Just about Everything 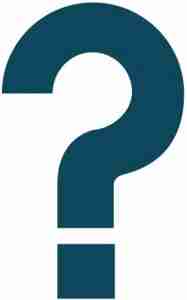 What’s in a name? That which we call a rose by any other name would smell as sweet.

Shakespeare may have seen the process of naming as irrelevant based on Juliet’s soliloquy stated above. I beg to differ as I start out 2023 with a topic I explored about seven years ago.

Naming can be both mystical and empowering. It may move you to tears, as it often does when the names of victims are read aloud on anniversaries of tragedies such as the terrorist attack on Sept. 11, 2001, or something more intimate like a roll call of deceased at a high school class reunion.

It can swell your chest with pride as a parent when the name of your child is proclaimed to a congregation at a baptism or announced at a high school or college graduation. My name, your name and just about everyone else’s name usually comes at the end of deliberation and debate. A part of you goes into the naming.

Sometimes it’s a name that you’ve always liked and, when the time comes, you get to use it. Our oldest, Pamela, came about that way. I had a cousin in Minnesota about my age with that name, and, for some reason, I thought that was a pretty cool name for a girl. The few Pamelas I knew growing up didn’t dissuade my fondness for the name, so the naming of our first-born wasn’t much of a challenge.

It’s strange, because I really don’t have a clear memory of the cousin— the daughter of one of my father’s many siblings a thousand miles away. I wouldn’t recognize her if she walked up to my front door, so I guess it was the name itself that impressed me. Mary liked the name, too, and her vote was crucial since she did most of the work. Most everyone calls her Pam, as we expected they would, when we chose the name. Pamela does seem a bit formal. You might say the same about Wesley. However, unlike myself, she does tend to use her full first name professionally.

As I recall the naming process for our son four years later, we went through dozens, more likely hundreds, of names before we settled on Jeremy. I remember our list dwindled to a handful of names of a biblical strain like Jeremiah, Joshua, Job and Jacob. Apparently, we had a fondness for the letter J.

Job was known for his suffering, and we didn’t want our son suffering through life with an oddly blunt name. It may have led to nicknames like Odd Job or even Nut Job.

Jacob was a solid contender and would likely be shortened to Jake. Again, not quite right, though we compensated years later by naming our dog Jake. It came down to Joshua or Jeremiah. We were on the verge of going with Jeremiah, but, at the last minute, went with the more modern version.

It was the middle name we chose for him that had some people scratching their heads. Mary’s grandfather’s name was William, a solid, honorable moniker, and it was passed to her older brother. Yet there was something that didn’t sound quite right with Jeremy William. What do we end up calling most people named William? Why not Jeremy Bill Skillings? It seemed almost poetic with its fill of i’s and l’s. I figured we’d call him “J.B.” anyway. Nobody ever did. His friends preferred calling him “Skill” like his paternal grandfather or, more curiously, “Skill Drill,” an homage to power tools, it seems. Like his father he was never known for his skill with tools.

Our daughter, Pam, went one better with the birth of her son just ten years ago. They decided on Benjamin, but they came up with their own head-scratcher for a middle name— “Bear.” That’s right, Benjamin Bear. The family nickname for his great grandfather, my wife’s father, was Bear. Everybody in the family loved it, but the typical reaction from someone who didn’t know about the connection was: “Benjamin Bear? You mean, like the animal?”

I suspect our little Bear will have his own opinion about that decision, but he hasn’t complained yet as far as I know. Kids are notorious for ridiculing peers who, in their estimation, have goofy middle names. I can attest to that.

I happen to be named after my two grandfathers — or, more specifically, their middle names. Their first names were John and Robert, which are about as traditional as you can get. Their middle names, however, were Wesley and Leroy, neither of which was a common name among any of my childhood peers. Once the friends in my youth learned of my middle name, they seemed to think it was hilarious to bray “LEEEEROY!” and accenting the soft e into an exaggerated and prolonged hard e.

Fortunately, it didn’t last long, but I suspect if my middle name had been Wesley, they would have considered that just as side-splitting. When I contemplate my name, as I occasionally do, my grandfathers do come to mind. Naming is indeed a powerful thing, and it certainly can be a reminder of your roots.

I remember both of my grandfathers, though one of them was something of a stranger. He lived far away, where my Dad grew up, in Minneapolis, Minnesota. I only saw him every few years and I remember him sitting in an overstuffed chair and smoking a pipe while my grandmother tended to his every need. Not that he deserved it, because he had done little to help raise their thirteen children. A union carpenter, he was one of those guys who believed that because he worked all day, he should be left alone when he was home. Not that he was a bad guy, or mean, for that matter, but he just didn’t have a major presence in my life— except for his name.

My grandmother, Edith Blanchard Skillings, was legally blind much of her adult life, but she was a cheerful, intelligent soul who outlived her husband by a good 20 years. The grandfather whose middle name became mine was never more than a ghostly figure from my childhood, like a seldom used middle name, and I still don’t know that much about him.

My other grandfather, who gave me my first name, died when I was 14 or 15. But I have clear memories of him because I saw him on a regular basis. He walked with a pronounced limp because, when a much younger man, a felled tree broke his leg. Apparently, the repair of the broken limb did not go very well, because he spent the remainder of his life with one leg an inch or so shorter than the other.

When my grandmother cautioned him to be careful the day he went out to cut down that tree, he told her, “They’ll never get this chicken.” He died much too young from the ravages of cancer, and I have already outlived him by 15 years. Despite his disability, he worked physical jobs from farmhand to PennDOT road crew worker and I take pride today in carrying the middle name of John Wesley Sterling as my first.

I wasn’t that fond of my name when I was a child, but I grew to like it. It became me and I became it. That, after all, is what naming is all about.