What Makes Trump Tick? “I Just Gots to Know”

What Makes Trump Tick? “I Just Gots to Know” 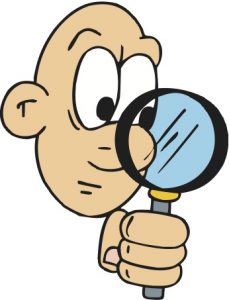 Will a closer look at the words of Donald Trump help us understand?

I’m trying. I really am. I’m trying to look at the humorous side of things. It was easy at first, with a president who could play himself in a Saturday Night Live skit. He can’t be serious, right? And yet there is so much to make fun of— ratings gold for the pundits. He’s a living reality show and, at the same time, so unreal and so different from we’ve come to expect from a U.S. President.

He says the most outrageous things, completely lacking in humility and downright hostile when he addresses his adversaries, treating them as mortal enemies, dubbing them with often cruel nicknames. He is redefining what it means to act presidential.

Who is the real Donald Trump? Quoting a Dirty Harry movie line, “I just gots to know!”

Is he dangerous? Is he harmless? You want to laugh when he says some of the things he says, but is he trying to be funny, perhaps to entertain, when he just makes up things and then dismisses the resultant news coverage as phony and biased?  We did hear him say that, right?

Does he really mean the things he says or is he just toying with us? So many unknowns.

I was thinking when he first became a candidate that the whole thing might a joke and he was borrowing the I-am-the-greatest routine from the late Muhammad Ali. It seemingly worked in the preliminary bouts taking him to the White House, but he seems to have settled for the rope-a-dope in the main event.

If You Can’t Ignore Him, Try to Understand Him

I forget who said it during one of the morning news shows, but it is the one universal truth about our reigning president: “You may love him. You may hate him. But you can’t ignore him.” So what can we tell about him from his words, whether oral or digital? One outrageous observation is always upstaged by the next one, and it seems we’re all off balance, friends and foes alike, with one diversion after another.

He never says anything motivational like, “Ask not what your country can do for you…” or “We have nothing to fear but fear itself.” It’s more like what have you done for me lately and fear is fine if you are fearless in using it.

Who could forget his moving New Year’s Eve oration as our President-elect when he opined, “Happy New Year to all, including to my many enemies and those who have fought me and lost so badly they just don’t know what to do. Love!” Yes, he said that on Dec. 31, 2016, three weeks before his inauguration, and we somehow knew it was going to be a bumpy ride.  Not boring but bumpy. So gracious. So articulate. So refined.

Of course, that graciousness would extend to the man he succeeded in the White House, before and after he was elected president: “You’re lucky I didn’t run last time, when [Mitt] Romney ran, because you would have been a one-term president.” No, he didn’t say that to Obama’s face, but it went over big at his campaign rallies, which continued after his election and are currently in limbo until crowds are allowed to gather again.

“I like people who weren’t captured,” ridiculing POWs and Sen. John McCain specifically, and “There was blood coming out of her wherever” in response to Megyn Kelly’s tough questioning in a presidential debate.

—”I could be the most popular person in Europe.”

Those are just rude and insensitive, but there are some less publicized reflections that might give us more insight into the real Donald Trump. At his first cabinet meeting of 2019, President Trump ruminated thusly: “I could be the most popular person in Europe. I could be — I could run for any office if I wanted to, but I don’t want to.”

I hope somebody told him that, as an American, he couldn’t run for any office there. His grandfather, Friederich (later Frederick) Trump, might have— if he hadn’t emigrated from Germany to the United States. Turns out probably not, because he escaped mandatory military service by leaving the country, according to German historian Roland Paul, and, because of that, was refused repatriation by his native country when he tried to go back. Avoiding military service is apparently a family trait.

Call it irony or at least coincidence, but one more thing about Grandpa Trump. He died in 1918, reportedly a victim of the Spanish Flu, a global pandemic, as we recently learned from a biographer. This became newsworthy when the president mused publicly when touring the Center for Disease Control in Atlanta in March that “I didn’t know people died from the flu.” A bunch of Americans had already started dying of the coronavirus by that time so it was probably helpful for him to learn that. Now if we can get him to wear a face mask.

The respective presidents since terrorists pirated commercial airliners into the Twin Towers, namely George W. Bush and Barack Obama, have both paid homage to those who lost their lives that day. Trump fell a little bit short with the following observation: “I was down there, and I watched our police and our firemen, down on 7-Eleven, down at the World Trade Center, right after it came down.” It was about him being there, not the tragedy itself, and he must have been watching while sipping a Slurpee at a 7-Eleven.

Okay, I got a little sarcastic there, but I can’t compete with this Commander in Chief when it comes to sarcasm. Or is it sarcasm? We can only hope he was being facetious when he said the following while in El Paso researching the alleged immigration crisis: “How about the word ‘caravan?’ Caravan? I think that was one of mine.” He didn’t invent it, but I’m sure he used it better than anyone else has ever used it.

—”I never did politics before. Now I do politics.”

Something else that might be discerned as sarcasm if, say, Stephen Colbert said it, as Trump did while making his emergency wall declaration last year: “But, you know, I never did politics before. Now I do politics.” He sure does do ‘em. Okay, maybe real sarcasm is beyond his reach.

So we know that even some Trump supporters don’t like to see the big guy go off script, even though he looks like a robot on tranquilizers when he reads off a teleprompter. Turns out, he is not only proud of his ad libs, but he is convinced they are his greatest rhetorical weapon as a campaigner. Consider this comment before the Conservative Political Action Conference (CPAC): “You know I’m totally off-script right now. And this is how I got elected, by being off-script. True.” That may have been sarcasm, but I’m not sure.

Beauty is in the mind of the beholder, and the president showed his great appreciation for consummate beauty when he said, “The beauty of me is that I’m very rich.” Now we’re starting to see what makes him tick instead of stuff that ticks him off.

Yes, we have borne witness to the most riveting unwitting comedy since Casey Stengel.* There is no need to praise the American Caesar. He can handle that himself, as evidenced by the following claim:

“Sorry losers and haters. My IQ is one of the highest — and you all know it! Please don’t feel so stupid or insecure; it’s not your fault.” Now that’s got to be sarcasm, right?

* Old Guy Advisory: Casey Stengel was a baseball manager known for his malaprops or unintentionally funny observations known as Stengelese. Donald Trump’s malaprops, like Stengel’s, reflect his personality. I call them Trumpets because he likes to blow his own horn.