Waiting to Find Out Who We Really Are

Waiting to Find Out Who We Really Are 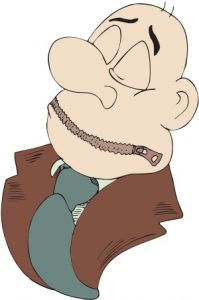 It’s time to zip up my lip and wait for what the voters have already decided.

My plan for this week was to write about anything but politics, particularly presidential politics. I figured by mid-Wednesday morning when I posted this, there would still be no victory proclamation. It is time to move on, whatever happens, even if it means enduring a numbing four more years of fibs, fiction and factionalism.

I suppose I can endure whatever happens. I can only feel a deep sense of loss if a majority of my fellow Americans find Donald Trump deserving of another term in office for whatever it is he has been doing, other than campaigning obsessively throughout his four years.

I did put up a Biden sign in my yard, despite warnings from others who had done the same, that it wouldn’t stay up for long. Surprisingly, it remained in place just a stride off the street until the day before the election. It had been there in the waning daylight Sunday, and I noticed it missing the next morning around 10:30. I guess it was too much of a temptation for some sorry soul passing that sign with the official day of reckoning so close at hand. As Popeye was wont to say before downing a can of spinach: “That’s all I can stands and I can’t stands no more!”

There was no evidence of spinach consumption at or near the crime scene, but, then again, yanking off that sign didn’t require superhuman strength. It was apparently a partisan action, because I noticed that a yard just down the street with multiple Trump signs showed no evidence of such tampering. If anything, the sign population there had proliferated, but maybe that was just my imagination as I compared the colorful display there to the desolate sign-lessness outside my window.

It didn’t make me angry or even irritated. I actually felt a wave of relief, knowing that this crazy span of election reflection is almost over. If only the same could be said about the deadly virus that has already made 2020 a year like no other. I’m still waiting for it to magically go away.

I have no problem personally with people who support the president, even though I am often puzzled by it. I have conversed pleasantly with the neighbor with all the Trump signs. We both agreed that this is all a part of living in a democracy and freedom of expression. I don’t believe in making such things personal by attacking people verbally and questioning their intelligence because of the candidates they support. But some do take such things personally, and that includes having to tolerate people supporting candidates they oppose with signs in their yards.

I saw a letter to the editor in the local weekly in which some guy pronounced anyone with a Biden sign as a “murderer.” That, of course, is an extreme pro-life stance. I had seen the same reaction to the last opinion column I wrote in that same newspaper about what I regarded as Trump’s character issues and wondering why conservative Christian voters backed him in overwhelming numbers. It had nothing to do with abortion, but some readers responded by labeling me as an abortion adherent. I guess that made them feel better about their own choices. At least none of them labeled me a murderer.

I am writing this on Election Day morning 2020 after casting my own vote, and I have ignored live election coverage except for checking in Wednesday morning to confirm it might take days before we know for sure. Mary and I are just going somewhere to hike today, admiring Trump signs and banners along the way, and hope for some respite from the craziness of politics.

So this is written with absolutely no knowledge of the ongoing reportage of this election and with little regard for the polls and the theories of expert analysts and commentators. Everyone seems to be turning to their own news sources, right and left, for consolation and to sustain morale. That’s why Trump advocates and adversaries pretty much steer clear of each other, waiting for things to get back to normal, whatever that is. Democrats and Republicans can’t even talk to each other, let along get anything accomplished in our legislatures.

As the second wave of the pandemic gains strength like a hurricane careening up the coast, it is still treated as a political issue. Politics is not reality. It is so far from it that most of it has dissolved into fiction. I was in the Sheetz in Wysox on election eve where advisories to wear masks abound. While my wife and I were waiting for sandwiches to be prepared, it suddenly struck me that of nine people within coughing distance, only one other person was wearing a mask. So much for all we have learned —even as our rural county has achieved statewide infamy by taking the lead in the most COVID-19 cases per capita. That means we get the biggest bang for our buck when it comes to spreading the virus.

It reminded me how we can so casually ignore illness, death and dying when we deliberately choose ignorance over learning.

A speech President John F. Kennedy never got to deliver in Dallas on November 22, 1963, is a reminder that the seeds of anarchy have always been sown just below the surface, primed to sprout and threaten the unity and promise of democracy:

In a world of complex and continuing problems, in a world full of frustrations and irritations, America’s leadership must be guided by the lights of learning and reason — or else those who confuse rhetoric with reality and the plausible with the possible will gain the popular ascendancy with their seemingly swift and simple solutions to every world problem.

His assassination remains a reminder that rhetoric can be menacing in its potential to inflame acts of violence, particularly against those who preach tolerance and unity.

I noted near the start of this essay that there may be no proclamation of victory until long after this is posted. With victory comes the expected concession of the loser, which may be delayed for days if the tally is not resolved in key states.

It usually requires the loser to step up, congratulate his or her victorious opponent and issue a call for unity. A classic concession speech came from Adlai Stevenson, who lost decisively to Dwight Eisenhower in the 1952 presidential election:

“It is traditionally American to fight hard before an election. It is equally traditional to close ranks as soon as the people have spoken,” the Democratic candidate said. “That which unites us as American citizens is far greater than that which divides us as political parties. I urge you all to give to General Eisenhower the support he will need to carry out the great task that lie before him. I pledge him mine. We vote as many. But we pray as one.”

Those left-wing radicals can be dangerous, can’t they?

Who Are We— Really?

I confess that I cared more about this election than any in my lifetime. It seems to me that we are becoming a nation without a conscience and I hope, as I write this, that we can stand up to the bullying, nastiness and all-around lack of decency that has become so pervasive.

You might dismiss me as a sore loser if Trump is re-elected, but it would be more accurate to describe me as a saddened loser. I’d much prefer to go back to writing funny and uplifting stuff. I tried that approach writing about Trump, but even though he provided so much fodder to digest on a weekly basis, there was nothing funny or uplifting about it.

So whatever happens at least we’ll know where the majority of Americans really stand in an election in which an historic number of voters cast their ballots. As for me, I don’t need any more suspense, but I do prefer unity over alienation —if that is still possible.

Biden has campaigned by characterizing Trump as an abnormality and “not what America is.”

We’re going to find out if he was right or wrong. Just the closeness of this election tells me it’s going to be even more difficult to tell who we really are as Americans.