Voting: It’s a Privilege to Do the Right Thing

Voting: It’s a Privilege to Do the Right Thing 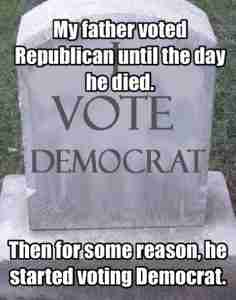 Despite jokes about dead people voting, election security is strong.

It’s been quiet on the American front for many years now. Or so it seems. Even as I absorb the reality of observing three quarters of a century of a blessed life, I don’t think of myself as having lived through any great historical movements that dramatically changed the course of American life. Looking back, I guess when something is part of your past you don’t think of it as history. I say blessed because my life has worked out well for me so far, thank you, and I think the same can be said of most of my Baby Boomer peers, despite our tendency to whine when things don’t seem to be going well. Take the price of gas… Well, I guess we all know about that.

I’m talking about those world wars before my arrival that put a scare in my parents and grandparents. Then there was the so-called Great Depression, which made the recessions, suppressions and concessions I’ve endured seem insignificant by comparison. All the preceding, regardless of the suffering and sacrifices they brought, ultimately served in bringing people together and more appreciative of being Americans, thankful for the Democracy and the opportunities such a system of government brings with it. There were those who didn’t have as much to appreciate as I did growing up in a small town with loving parents. It didn’t seem much different from the depictions of family life we watched evenings on sitcoms like My Three Sons, Leave It to Beaver, Lassie, Dick VanDyke and Andy Griffith.

As was the case with my own childhood and adolescence, there weren’t many people on those shows with darker skin or who worshipped in synagogues or mosques. If you weren’t as fortunate as I was to have parents who reminded you that, as the old children’s hymn says, “Red and yellow, black and white, they are precious in his sight,” you might be susceptible to bigotry or a sense of superiority at an age much too young to understand. The nightly news on television told us that there was what they called a civil rights movement where white people were telling people of different races and religions that they weren’t entitled to the same freedoms as us. The minorities, as we called them, were fighting back and, in most cases, doing so in peaceful protests. In another decade or so it wouldn’t be all that peaceful, thanks to frustration and too many broken promises. All this was going on a hundred years and more after people had been emancipated from slavery where for some 200 years they were regarded as they property of others based solely on race in a country where all of us were supposedly “created equal.”

I grew up in a place where we didn’t have to deal with people of color, let alone civil rights. At the same time, we were cheering for and heaping admiration upon wondrous athletes who competed for our entertainment. That right came because one of them, Jackie Robinson, had to withstand threats, violence and racial slurs to break the color barrier in baseball.

I was living through a great historical movement, but I wasn’t necessarily part of it. I figured these people who treated other humans in such a way were somehow different from me and the people I knew. It’s easier to deal with racial prejudices that way.

I also became part of history by going to war in a country I was aware of in name only and because a lot of my peers were being drafted for a year’s tour there. A tour? It certainly was no vacation, and what kind of war allows you to go home if you can survive a year? It seems that started a trend for later wars.

Vietnam, as it turned out, did not inspire the patriotism of those world wars. Turns out we were stuck in another war—and still are to this day— in another country divided in half which apparently ended in a draw. The real fighting in Korea lasted from the summer of 1950 to the summer of 1953, followed by another 18 months known as the “conflict period.” Since then, we’ve been there as part of a “police action” each checking the enemy out from his or her side of a demarcation line, a.k.a. the 38th Parallel, and hoping a crazy dictator won’t turn it into a nuclear war.

Midterm Election May Be Truly Historic

It seems I have lived through a lot of history at that—even participated in some of it—but I never realized it until after the fact. The same can’t be said for what may be the most important day for this country in which I will ever be involved. The midterm election on Tuesday, Nov. 8, 2022, will be historic one way of another, and if you don’t (or didn’t) vote in this one, you’ll have opted not to get involved in what may be the greatest threat to our Democracy since the Confederacy of the South seceded from the Union. For some who only believe you accept the results of an election where your candidate wins, it presents an opportunity to undermine the integrity of the vote. Remember when we wanted everybody to get out and vote so the true voice of America could be heard? If they were old or infirmed, we’d offer to drive them there. If you, a registered voter, was homebound or out of the country on business or other endeavors, you had the option of absentee or early voting.

I used the past tense in the preceding sentence even though we still have those options, despite attempts in various states since the Presidential Election of 2020 to make voting more difficult for minorities and partisan voters who the powers that be would prefer not to see their ballots cast. Hey, there are people whose votes I’d prefer not to be cast, because they believe the aforementioned election was rigged even though it has been proven time and again is that it was impressively secure. No election has been more closely examined with results verified again and again.

At last count there were about 300 candidates across the country who believe that Donald Trump was somehow cheated out of seven million votes by the Democrats who have somehow been transformed into Machiavellian manipulators who employ “mules” in clandestine vote trafficking. Some of these candidates are running with the stated intention of denying access to the right to vote. We like to say voting is a privilege, because it gives each of us a say about who we want to represent us.

Constitutionally, however, it is a right. It is also the right thing to do if you really want a truly representative government.