Trying to Stem an “Epidemic of Lying”

Trying to Stem an “Epidemic of Lying” 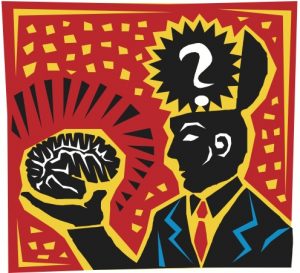 Staying ignorant of the truth is literally a no-brainer.

We live in an epidemic of lying. Research shows that about 60 percent of adults lie at least once in a ten-minute conversation. About 40 percent lie on their resumes, and 90 percent lie on their online dating profiles. — Dr. Amit Sood, Director of Research, Mayo Clinic’s Complementary and Integrative Medicine Program

I’ve been thinking a lot lately about why people lie, and why some seem incapable of returning to the truth in dogged defense of the original lie. I do find the following quotation from Virginia Woolf insightful in its simplicity: “If you do not tell the truth about yourself, you cannot tell it about other people.”

I recently experienced the hurt and harm perpetrated by someone lying at my expense to escape the responsibility of an unfortunate decision. Lying is one thing, but denigrating the character of someone else, a former friend, for personal gain saddens me. As for the liars despoiling your character, you can only take the high ground and hope your integrity will eventually prevail—especially among those who matter most to you. These are the worst of times for the seekers of truth in a world of lies.

I guess we all lie at times. Sometimes we lie to spare someone’s feelings. Just think of how millions of husbands and boyfriends may have responded to the following question: “Honey, does this dress make me look fat?” You’d be a fool not to lie. Not that I have ever been asked that question or failed to respond with candor. I will say that I have never asked my wife whether the cargo shorts hanging below my knees made my legs look stumpy. Why unnecessarily invite a lie? Anyway, moving on…

As I write this I’m in St. Petersburg, Florida, within view of Tampa Bay, squinting into the sun glinting off its sparkling waters from the 34th floor terrace of my $10,000-a-week condo. Okay, I’m not squinting, because I can’t really see the bay from my, ah, second-floor terrace which is sort of like a porch, and, well, it’s not really costing me anything because I’m mooching off a relative. On the other hand, it is true that the median listing price for a condo in St. Pete right now is $526,000, which is about $10,000 a week if you look at it that way.

So you see, there is often a hint of truth in every big lie.

It is true— and I swear— that I am in St. Petersburg at this very moment in a quaint little condo just across the street from the campus of the University of South Florida. I’m just a short walk from the Poynter Institute, whose motto is “Standing for Journalism, Strengthening Democracy.” They know something about lying, because Poynter is the parent organization of Pulitzer Prize winning Politifact, the largest political fact checking news organization in the United States.

Politifact is a nonpartisan fact checker and they’ve caught Democrats and Republicans alike in falsehoods, categorized from bad to worse as “Mostly False,” “False” and “Pants on Fire,” the latter being an outrageous lie with nary a grain of truth. Yes, they’ve caught Barack Obama in a few of them, as well as Hillary Clinton and Joe Biden and the Democratic presidential candidates still alive, kicking or barely standing. Very few of the aforementioned have been caught with their Pants on Fire, if not down, more than a few times. Biden, for example, has been tagged with four outright fallacies in 109 fact checks while Amy Klobuchar and Pete Buttigieg have a grand total of zero combined Pants on Fire and one apiece adjudged False. Bernie Sanders has escaped a “Pants on Fire” so far, but he’s had statements fact checked by Politifact as False 18 times. Biden and Sanders have been in the public spotlight a long time compared to the others, and have had many more opportunities to be caught in a lie, whether knowingly or out of ignorance, over the years.

—Perhaps the greatest danger doesn’t come from the liars but those who choose to remain ignorant in the face of lies.—

Truth is, there is only one person—a single person— who has put them all to shame when it comes to lying. That would be our current President, so beloved by Christian Evangelicals, who has been fact-checked as Pants on Fire 110 times by Politifact in barely five years. His Tweets and public pronouncements have been deemed as False 264 times and Mostly False 159 times. There are so many golden oldies among his falsehoods that we could go on and on for another blog or two, but the gift that keeps on giving for all who admire this presidential prevaricator came on May 20, 2019, when he announced to reporters on the White House lawn: “There has never been, ever before, an administration that’s been so open and transparent.”

Then there was the time when, when condemning wind power, notably windmills, he ad-libbed, “And they say the noise causes cancer.”

Blatant lying has never been as popular among the God-fearing as it is now. We have all become immune to exaggeration, stretching the truth. Perhaps the greatest danger doesn’t come from the liars but those who choose to stay ignorant in the face of lies. There is a legal term known as “willful blindness” when people passively accept a lie, their willing ignorance protecting them from being held accountable. And, no, I’m not saying that people who support Trump are ignorant. For many the lying is the lesser of a greater evil in their eyes like abortion or illegal immigrants.

As for me, I’m still trying to understand. I’m not as concerned with the liars as I am with those who believe them and how much deceit they will tolerate before deciding enough is enough.