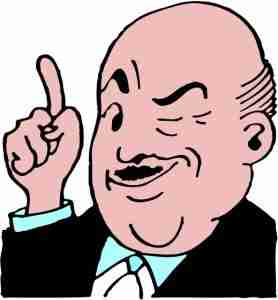 Winks and nudges to keep the woke mob at bay.

The most highly sought state-level office across these United States —27 state races with 119 Republican and Democratic candidates from Alabama to Wyoming as we approach the dreaded 2022 Primary Elections—is that of Secretary of State. It is a battle for control of our democratic process—namely, the sanctity of our votes—with Republican Conservative candidates blatantly anointing Trump as the party savior while continuing to promulgate the election lie that has been disproved again and again.

This includes states with Republicans in that office, as well as their underling chiefs of state Bureaus of Election. Some who resisted decertifying the vote or altering numbers confessed to voting for Trump in 2020 and, in one notable case, resisted an on-the-record telephone shakedown attempt by the defeated incumbent himself to change election results in his favor. My count of the Secretary of State candidates in those states where that office is on the ballot this year is 79 Republicans and 40 Democrats, and there may be more still to come with some state primaries being held as late as September (Massachusetts and Rhode Island) and as early as May 3 (Ohio). That office is not on the May 17th Primary ballot in my state, Pennsylvania.

The ongoing assault by Republican governors and state legislators is to make voting more difficult after what had been an American tradition by both parties to get every qualified voter they can to the polls. Directors of state election bureaus, as was the case in Iowa, have quit their jobs due to a wave of investigations and legislation that have made them feel vulnerable to prosecution and interrogation for budget minutia and routine office procedures unconnected with elections or vote counts. Some who refused to bow to harassment and threats for confirming election totals decried by Trump fear for the safety of themselves and their families.

We have become a nation divided by fiction— just as Germany was divided by a sustained fiction in 1930’s that led to World War II. Namely, that they had been the true victors in the first world war, undermined into capitulation by the Jews who were responsible for all national ills, not the least of which was a global depression and a ravaged economy particularly devastating in Germany. It’s a matter of record that extremism, whether right or left, thrives on lies.

Because so many refuse to give up believing the election fiction— even after 63 rejected lawsuits (recent count from Ballotpedia.org) contesting the validity of that election— we’re seeing an army of candidates running to regain our democracy by compensating for “a stolen election.” They have learned one lesson from Trump: keep repeating the lie and many will believe. If you are led to believe something strongly enough while portraying yourself as a victim, you can dehumanize the imagined enemy to the extreme of eliminating those who stand in your way.

I have not yet heard right-wing candidates categorize the political opposition as subhuman as Nazis branded their imagined enemies, but they’re straying close with branding like “idiot socialists,” which is how U.S. Senate candidate David McCormick describes Biden backers. Idiots, after all, are in the very bottom of human intelligence (a.k.a. “foolish” and “senseless” by modern definition) that separates us from beasts.

McCormick, a multi-millionaire, if not a billionaire, proclaimed himself a disciple of Trump, who, in turn, recently rejected him by endorsing Dr. Mehmet “Quack Quack” Oz, McCormick’s chief rival in what is being called “the most expensive senate seat in the nation” by both CNN and FOX News. That senate seat will be vacated in January 2023 by Sen. Pat Toomey who lost favor with Trump (Surprise!) as one of seven Republicans last February who voted to affirm Trump’s guilt for inciting an insurrection at his second impeachment trial.  McCormick and Oz have been bashing each other in Pennsylvania over who is the most conservative and who is most devoted to Trump. McCormick has been pushing the “woke mob” as the true enemies of “the greatest country in the world.”

Campaign Message: Wake Up to Wokeness!

The meaning of wokeness isn’t clear for all those GOP hopefuls using it as a campaign issue. They do seem to agree that those who regard the last presidential election as legitimate are part of the woke mob, deemed as unruly and wimpy, a unique combination if there ever was one. Also included among the divergent characteristics of wokeness are cancel culture, gay rights, feminism, civil rights, defunding police, and, apparently, caring about the unfortunate and oppressed. Being woke is seen on the right as an overemphasis on curbing social injustice and racism.

It seems that even voters are trying to understand what all this anti-wokeness is about. An example of this need for further explanation among the electorate can be found in a letter to the editor in Allentown’s The Morning Call citing one of McCormick’s ads:

Woke is defined as being alert to injustice in society, especially racism. Since it would not be smart to campaign against social justice, I have concluded there must be another meaning for woke that I am not familiar with.

The problem is that there is no accepted definition. Woke is just a buzz word for weakness and anything liberal without having to explain it. It is regarded as slang by the few dictionary sources trying to keep up with a barrage of slang emanating from increasingly partisan politics, which offers the following as a proposed definition: “an awareness of the social injustice in which one lives.”

So, it’s something of a nudge-nudge, wink-wink code word on the right from what might be called the unwoke mob, as in still asleep about social injustice that doesn’t affect them.

The whole Trump-really-won fiction continues to be a source of wonderment for those who expected proof a long time ago that never came. That includes other Republicans who rely on something of more substance than “a feeling” or that “it doesn’t make sense” because Trump was ahead when they went to bed. Some time, as they lay sleeping, Ninja Democrats somehow committed the crime of the century by commandeering the national vote. Long-time Republican Sarah Longwell, Executive Director of Republicans for the Rule of Law, has trudged deeply into the legions of believers in the Big Lie to find something, anything that qualifies as truth or a semblance of reality.

“Now we are at the point where to be a Republican means to believe the Big Lie. And as long as Republicans leading the party keep promoting and indulging the Big Lie, that will continue to be the case,” Longwell concluded in a recent essay explaining her fears that true American Conservatism may not survive. “If I’ve learned anything from my focus groups, it’s that something doesn’t have to make sense for voters to believe it’s true.”

“They know something nefarious occurred but can’t easily explain how or why,” writes David Graham in a piece entitled “Coup Nation” for Atlantic magazine.  “What’s more, they’re mystified and sometimes angry that other people don’t feel the same.”

Journalist and historian Jonathan Rauch, who confesses that American conservatism “has been my life,” explores what has happened in that movement, peaking at the end of the Reagan Administration, in his recently released book, “The Hundred-Year War for American Conservatism.” He sees the Republican-avowed conservatism of today as sustained by a series of lies embraced by Trump and thereby placing him among “the ranks of American villains.”

Believers in the stolen election of 2020 included Trump voters who, as Graham noted, “looked at the numbers and couldn’t make sense of them.” They couldn’t fathom how so many more people voted in 2020 than in 2016, and that surely implied hanky-panky. Ultimately, the idea that the election made it too easy for many undeserving and unqualified people to vote translated into fraud in an election where Trump lost by more than 7 million votes.

Others couldn’t believe, after attending the raucous Trump rallies in packed stadiums, that he could lose to Biden. One disbeliever complained to Longwell in one of her focus groups that “Biden can’t even fill a freaking library.”

One “proof” cited for believing the Big Lie: saying the election wasn’t stolen is proof it was. My favorite quote from a Trump believer is the following: “I think what convinced me more that the election was fixed was how vehemently they have said it wasn’t.”

That’s like a jury finding a defendant guilty of murdering his wife because he insisted on proclaiming his innocence.