The Pros and Cons of Going to Extremes

The Pros and Cons of Going to Extremes 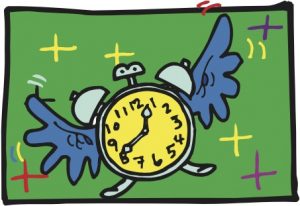 Cautionary warnings about extremism continue to resonate as years fly by.

—One of the advantages of having written hundreds of weekly newspaper columns over a span of 40 years for two different newspapers is an archives of your personal views over time. Some age well and some don’t.  Some are serious and some are silly, and few were completed without at least one attempt at humor. The following was written as a newspaper column more than five years ago late in the summer of 2015.

There is even a mention of Donald Trump, who announced his candidacy for President in June of 2015— just a few weeks before I wrote this commentary and before even Republicans took him and his wall seriously. Black Lives Matter,  Confederate statues and COVID-19 were still to come. The subject of the following is extremism and says little about Trump himself, but it is a harbinger of the extremist views toward Muslims, immigrants and outsiders in general held by many mainstream Americans who would be drawn to Trump’s message. —

Barry Goldwater, five-term senator and Republican Presidential nominee in 1964, isn’t remembered for much — even by members of his own party. He lost, and the youngest of the people who voted in that election are well into their seventies now.

When candidates from that party want to quote a President other than Lincoln, it’s usually Ronald Reagan, but Goldwater did say the following: “I would remind you that extremism in the defense of liberty is no vice. And let me remind you that moderation in pursuit of justice is no virtue.” Ronald Reagan, by the way, has no famous quotes about extremism, but we did not think of extremism in the same way then. We were taking on communist dictatorships, with mixed results. Terrorists, fueled by religious and political ideology, were far from a national threat then.

Those who fought for civil rights, marching to Selma and demanding the right to vote, protesting segregation, defending liberty and pursuing justice, were extremists of their time. They chose peaceful protest through civil disobedience. Goldwater was not a vocal advocate of that extremism, it seems, voting against the 1964 Civil Rights Act. Extremism, by definition, consists of beliefs and actions “outside the acceptable mainstream.” No one sees the fundamental rights of blacks and women as outside the mainstream anymore, but both were once considered extreme to a mainstream that was essentially white and male.

Extremism has a totally different connotation today than it did for either Goldwater or Reagan. Terrorism was more of a secular crime that had little to do with race or religion. When that guy at the Donald Trump rally stated that Muslims are “a problem in this country” and should somehow be eradicated, it said more about what mainstream Americans feel than it did about Trump’s politics.

Radical Muslim terrorists who see the United States as the Great Satan, have given Islam a bad name. Many Americans seem to feel that all 1.3 billion of the followers of that religion are intent on destroying the United States as a symbol of Christian materialism. In truth, we’re talking about a relatively small percentage of its adherents who believe that a Holy War should be waged against Christians and Jews.

Most believe, much the same as Christians, in one God who is the Creator of all things. Surprisingly, they also study the teachings of Jesus as a prophet. They do not believe he is the Son of God or in the Holy Spirit— the other two-thirds of the Christian Trinity. They believe all previous sins may be forgiven with sincere repentance and that there will be a Day of Judgment. It is, therefore, a religion of mercy and opposed to being intolerant of other religions by using violence as a response.

The same may be said of Christians, but, despite their similarities in beliefs, Muslims and Christians have been shedding each other’s blood since the Holy Crusades in the Middle Ages. They were started by the Christians as a call to arms by Pope Urban II to rescue the Holy Land from the Turks and the Saracen (Islamic) threat. There was savagery and acts of torture committed by both sides, with labels like heathen and infidel still being used a thousand years later.

People are drawn to extremism when life becomes too much of a burden, living in poverty, being forced to abandon your beliefs or enduring a life in bondage. One of the most extreme movements in history was the one led by Moses to the Promised Land. Imagine how the mainstream Egyptians felt about the Israelites and their extreme, irrational behavior, but it opened the door to Christianity becoming the most practiced organized religion in the world.

Robert F. Kennedy said that just being extreme is not the greatest threat of extremism. It is intolerance. If you can convince people that a nation, race or religion is inferior, even evil, you can justify committing violence, persecution or waging war.

Hitler convinced educated and sophisticated Germans that all of their troubles could be blamed on the Jews. They were depicted as inferior and painted with a broad brush as greedy and conniving. Reduced to being subhuman, they therefore became fodder for extermination that is just as hard to understand today as it was when Russian and American soldiers first entered the concentration camps, shocking the world with what they recorded and saw. And yet there are extremists who don’t believe there ever was a holocaust.

Muslim extremists whose terroristic tactics result in the deaths of innocents should not be lumped with all who practice their faith. The teachings of any religion may be bent and twisted for evil purposes by charismatic leaders. It is powerful stuff, convincing followers to give their lives in an eruption of violence for the false promise of immortality

Christianity is not exempt. Witness Jim Jones and his Peoples Temple or the Ku Klux Klan and other hate groups using the Bible to justify racism and violence. Then there is Timothy McVeigh, the Eagle Scout willing to kill and maim hundreds, including little children, to deliver an anti-government message.

Sometimes you have to go to extremes for the right cause, but intolerance should never be part of the message.