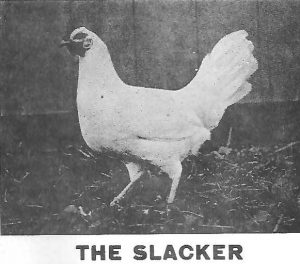 Some slackers faced death sentences during the 1918 pandemic.

I guess we are all familiar with the idea that history repeats itself, and, accordingly, if we don’t learn from the mistakes of the past, we’ll keep on making the same blunders. The Philosopher George Santayana gets the credit for best expressing this theorem with this assessment: “Those who cannot remember the past are condemned to repeat it.”

He was looking at this from a historical perspective, a world view, if you will, and not making an acerbic observation about the frailties of human behavior. Learning from our mistakes is one of the reasons we should pay attention to history. Nevertheless, we keep screwing up again and again.

The following is a news item that caught my attention recently during my sporadic reading of pandemic news:

It took a few seconds to register that I wasn’t reading some update from The New York Times or another of my favorite fake news vendors. That paragraph came from a historian, the late Alfred W. Crosby, writing in his book about another national crisis, America’s Forgotten Pandemic: The Influenza of 1918.

Watching the president, the overseer of our own pandemic in these Divided States of America, now belatedly assuming the mantle of taking COVID-19 seriously, I felt a desperate need to go back in time and get away from this craziness.

—“The man or woman or child who will not wear a mask now is a dangerous slacker.”—

What I discovered, compliments of History.com and other sources, is that we are behaving in many of the same ways as they did in that earlier pandemic. After all, we are—and were— only human.

At least 675,000 Americans died in the 1918 pandemic, mistakenly blamed on Spain, and assisted by a world war and ensuing celebrations when the boys came marching home. They had their Spain and we have our China. That was a staggering mortality rate, representing 31 percent of the 103 million population of the country at the time. We’re still a long way from that death rate in the U.S. today, and you have to credit modern medicine for some of the big saves there. We have ICU ventilators and they opened windows. Granted, it may not be that simplistic, but it generally applies to the advances in science over a century.

They did the same things in 1918 that we are doing today: social distancing, wearing masks, avoiding gatherings with large groups of people and, if you had a get-together, by all means, keeping it outside if possible. They recognized, even then, the meaning of contagious and that sneezing and coughing in close quarters was like wind on a wildfire. Above all, they had a special fear of spitting during those tobacco-friendly times.

Warnings abounded in U.S cities about that bad habit. Signs on San Francisco trolleys and Philadelphia streetcars declared: “Spit Spreads Death!” The globules from sneezing, yelling and singing were more than suspect. They were the killers. It was logical that spit, a cesspool of viral globules, would be a deadly substance lurking on surfaces.

Aside from expunging expectoration in public, health departments advised coughing and sneezing into handkerchiefs, and if you really wanted to kiss your sweetie, do it through a handkerchief. And try not to make it one you just sneezed into.

Wearing masks was not only recommended, but if you dared venture barefaced out in public, you might find yourself, not only severely chastised and ostracized, but jailed, as was threatened in California ordinances.

One public service pronouncement stated it bluntly: “The man or woman or child who will not wear a mask now is a dangerous slacker.” Slackers referred to Americans during World War I who didn’t support the war effort, which was the next thing to outright traitors. These were also the times when slacker chickens on farms faced the death penalty. Say what? One popular notice from the wartime Committee of Food Supply that county farm agents distributed and posted demanded: “Kill the Slacker Hen but Save the Layer!” Slackers, in other words, did not lay eggs, or enough eggs, and were therefore expendable. They were a waste of feed and equipment, better off dead because they were worthless in our effort to subdue the enemy.

Similarly, wearing a mask was part of a national effort to vanquish the virus, an invisible enemy.

Similarities between the two pandemics are manifold. They had their war celebrations and we have our protests. They ran out of patience and started congregating together sans masks amid accusations of hoaxes and conspiracies. We’re doing the same.

They continued to die, and so do we.

It all started in March of 1918 with the first confirmed case in the U.S. and it continued until April 1920 when it, as President Trump has predicted for this virus, “magically” disappeared. It took two years to run its course.

When the pandemic was initially confirmed in 1918 as a national and global terror, everyone seemed to be united against it. The sacrifice seemed small at first. A Denver theater owner in 1918 echoed the feelings of the business community there and across the county when he vowed: “I shall sacrifice gladly all that I have and hope to have, if by so doing I can be the means of saving one life.”

It was a short-lived attitude as the months passed and the patience of the less resolute ebbed. It seems patience is in even shorter supply in 2020 than in 1918.

Yes, there were city mask ordinances and no mixed messages from the White House. None at all, it seems. President Woodrow Wilson never officially mentioned the plague, now regarded as a failure in leadership. Among the citizenry, these health precautions, endorsed by the American Red Cross, were considered patriotic. Indeed, it killed more people than the hostilities of the war itself.

As mask making progressed, there was an attempt to make lines more fashionable for women. At some point, as the influenza raged, there was continuing debate on how effective masks really were. At the same time, more people who had been wearing masks were using this excuse to abandon that practice. They complained they were hot and stuffy— matters of inconvenience— or that they couldn’t breathe or that they exacerbated previous health issues or existing illnesses. Some apparently regarded masks as a sign of weakness, as Historian Nancy Bristow explains this phenomenon in 1918-19:

Some people argue against them because they say that they create fear in the public, and that we want to keep people calm; which I think (was) really an excuse to critique them because someone doesn’t want to wear them.

And then, of course, there was the argument that wearing masks interfered with their rights, their freedoms, as Americans. It was, as now, the freedom to spread death.

And the so-called Spanish Flu raged on.

These attitudes are more prevalent today because it has somehow become a political issue, fueled by conspiracy theories about Democrats, the Chinese, Black Lives Matter or, well, pick a prejudice or issue that works best for you. It has become an embarrassing attempt to blame someone or something else for this contagion, an anti-science attitude or, based on some behavior, a belief you are somehow exempt from contracting this disease in its most vicious forms.

It is interesting to note, as history confirms, that Americans became more resistant to masks and social distancing after World War I ended in November 1918, so there was clearly a link to patriotism instilled by war against a common enemy and attitude toward their virus.

And the deaths raged on.

In 2020, we have the science on our side, not just monitoring COVID-19 and gathering data as we move ahead in this domestic war. We also have hope for a cure, a lifesaving vaccine. Mysteriously enough, the same people who are disputing and discrediting the science in curbing the virus are true believers in science generating a cure that will end this nightmare.