Striving for Spunk and Spryness

Striving for Spunk and Spryness 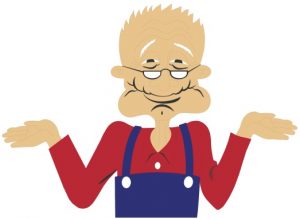 They’re the “oldest-old” and they’re soaking up Social Security.

About seven years ago, not long after I had passed traditional retirement age of 65, I pondered the possibilities of making it to the age of ninety — an age range that was becoming more common among the U.S. populace than ever. It seemed that by 2050, according to a prognosis from those dedicated to the science of aging, a.k.a. gerontology, there would be at least nine million men and women ninety and older.

There is even a chance, albeit a slight one, that on October 7 of that year I would be celebrating my 102nd birthday as spry and spunky as ever. You never hear of a young person described as spry, by the way. As for spunk, it is an admired trait when one is old, but not such a good thing for younger people. As Lou Grant said to Mary Richards in the most popular sitcom of the late seventies: “You’ve got spunk. (Pause for emphasis) I HATE spunk.” By 1980, barely a year after the passing of the Mary Tyler Moore Show, there was a grand total of 720,000 people in this country age 90 and above, according to the U.S. Census Bureau. When I wrote that article in 2014, there were an estimated 2 million among the 90+, and that was expected to quadruple over the next three decades.

Could one of them be me? Did I really want me to be one of them? I had a friend who would often say that he never wanted to get that old, because he expected to be bed-ridden and drooling in a nursing home bed, clueless about what was going on around him. He got his wish, by the way, making it to his late seventies. Indeed, the existence he imagined could be something of a horror, but the human brain, perhaps a gift from God, protects us from such agonies and who knows what is going on inside the heads of the so-called senile among us?

So, being an optimist, I still want to live as long as I can, hoping for the blessing of good health and mental acuity along with the required amounts of spryness and spunk.

Yes, it seemed as if a growing number of us would be approaching the century mark in the coming decades— until we got the bad news of 2020, that is. For the first time since they started keeping track of such stuff, our national combined life expectancy lost ground. The median age in 2020 dropped a full year from 79 in 2019 to 78. Median is not the same as average or mean, but I haven’t got time to get into that. The point is that this narrows the odds statistically for those of us who would like to make it to 90.

This gnawing concern we have about getting old seems to start when we turn 30 and escalates with each successive decade. It may approach panic stage when we hit 50 because we know the length of life we have left is considerably shorter than what we have already expended so carelessly. Or is it?

If you turned 30 in 1900, you would have fewer than 20 years left had you lived the median lifespan of the time. Those turning 30 this year, based on recent life expectancy prognoses, will have almost 50 more years in their mortality accounts before checking out.

There are reasons why we lost ground in the steady climb to 90+ in 2020. The biggest impact was Covid-19, which claimed almost a half-million of the 600,00 deaths recently tallied in the United States. Many of those fatalities struck the eldest among us, with 471,302, or 78.5 percent, age 65 and older. Some of our crasser compatriots— those hoping to play down the impact of the pandemic for political or personal reasons— might argue (and probably have) that the oldest among us are still well ahead of where we were just a couple of decades ago.

Let’s say we get back on track toward reaching the 9 million 90+ number by 2050. What else will this growing age group mean to us as a nation? With overall population growth slowing down, those in nursing facilities or in home care will represent an even more significant portion of the age demographics.

To put it in perspective, there were 3.3 workers for every Social Security recipient in 2005 —down from the 16-to-one ratio in 1935—and it was predicted be down to 2.0 in 2030, according to the Social Security Administration. This is known as the worker-to-beneficiary ratio. The ratio at which it is estimated that we will no longer be in “pay as you go” mode is 2.8 and we supposedly reached that juncture in 2020, based on scheduled tax revenue and benefits. The projection for 2040 is 2.1, which is not good news for working Americans in their forties and fifties today. Of course, there are all kinds of pension programs to compensate for that, but this gives you an idea of the impact of longevity on the rest of us. Make that the rest of you.

Consider these statistical tidbits, compliments of Census Bureau statisticians in 2014. About one percent of people 65 thru 69 were in nursing homes, with that percentage rising to three percent in the 75-79 age group. From there, the percentage of those aged 85 through 89 in nursing care almost quadrupled to 11.2 percent, spiking to almost 20 percent in the 90-94 group. Now if you research other sources like the National Institutes of Health (NIH), you may see varying projections now that most of the Baby Boomers are among the retired population, but you get the point.

There are those who resent the fact that we are not only living longer, but those who do are endangering the system that will supplement the retirements of their children and grandchildren. We are learning more about how to maintain our health and medical care, keeping us alive and well even longer. There is even hope in resolving the greatest threat to the oldest among us — Alzheimer’s.

The question that arises is: Is striving to make it to 90+ a selfish goal? Do I really want to live twenty more years being addressed as “dearie” and “sweetie” by waitresses who aren’t all that young themselves? (I recently discovered that middle age now stretches to the age 60.)

I am technically among the “young-old” age group (65-74). I was cheered to learn that the next group up, the so-called “old-old” group (75-84) is the most prodigious it has ever been—and it’s going to get even more so. And, I might add, more likely than ever to be actively involved— maybe even spry enough for a game of catch or a hike in the woods. Not only are the lights on, but somebody will be home if I play my cards right upon reaching the next age level. Playing cards, in fact, may be the closest thing to a workout by then.

The oldest of the aged, fittingly called the “oldest-old,” are 85 and into their 100’s, and, at last report, was the fastest growing segment of the population. There are supposed to be 19 million by 2050, around the time I turn 103, and they’ll be making horror movies, or whatever people find entertaining beyond 2050, with the titles like “The Night of the Living Geezers” and “Too Old to Die.”

Imagine all the campers and RVs clogging the roadways—all the people in line at stores and restaurants demanding senior discounts and still tipping at ten percent!