So This Senator Walks into a Bar…

So This Senator Walks into a Bar… 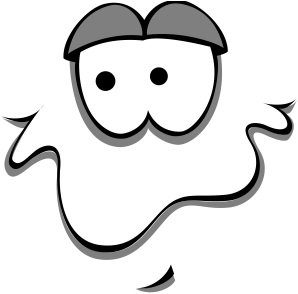 When it comes to political humor, funny is in the mind of the beholder.

It’s been a horrible year. A killer virus won’t go away on the heels of a nonsensical, abrasive campaign and an interminable election process. Next we have a sheltering-in-place Thanksgiving. Right after that comes Black Friday, which seems appropriately named this year.

I wrote the above as an opening for a prospective blog between the 2020 election and Thanksgiving. I spent considerable time stealing, I mean collecting, political humor and then, for a reason I can’t remember, went with another topic. Maybe things had become much too serious to laugh about, but it seems less oppressive a year later despite sporadic silliness about stolen elections and COVID denial.

Anyway, I’d say we’re long overdue for some humor, perhaps, a political joke or two, and I’m not talking about Donald Trump. That’s a joke. Before you get all upset, I should remind you that the best political humor tends to be politically incorrect, and there is nobody more politically incorrect than a lame duck crying fowl. Make that foul. Another joke for your amusement, so you needn’t take it seriously. If you can’t enjoy a hearty laugh over politics in 2021, you are destined to cry alone.

Ah, the memories. Remember Crooked Hillary, Pocahontas, Sleepy Joe, Crazy Bernie, Lyin’ Ted Cruz and Little Marco Rubio. Or was it Little Ted Cruz and Lyin’ Marco Rubio? Doesn’t matter. It’s all in jest, and the nicknames keep on comin’ even without a Twitter account. Anyway, must be Republicans get off on insulting nicknames because Rubio and Cruz eventually went full tilt for Doughboy Donald. Sorry, Pillsbury. I got caught up the nicknames. Like I said, we’re just having some fun with political humor here. No offense.

Ask the Clintons. All of them were fair game. Of course, Bill deserved it because he was a bad boy with a willing consort, so you have to laugh at the following:

“When asked if they would have sex with Bill Clinton, 86 percent of women in D.C. said, ‘Not again.’”

Then there is Crooked Hillary, I mean Hillary Clinton, who gets to be the brunt of jokes as a victim? Why? Because she is in politics, of course.

“Hillary Clinton isn’t taking the loss very well. So I said to her, ‘Cheer up! At least you won’t have to work at the same desk that Monica spent so much time under.’”

And she thought she could win an election against someone with the high moral standards of Donald “Grab ‘em by the P****” Trump.

And, of course, everybody in the reigning First Family is fair game. Why? Because even the kids deserve to be ridiculed just to remind them not to follow in their parents’ footsteps: “What do you get when you cross a corrupt lawyer with a crooked politician? Chelsea Clinton.”

Don’t worry, Chelsea can take it. At least she wasn’t Amy Carter, who Rush Limbaugh described as “”the most unattractive presidential daughter in the history of the country.” That was a joke, right? That Rush is always kidding around. Then again, Amy, now in her fifties and a multi-millionaire, has never been a drug addict like Limbaugh who is not much to look at himself.

To be fair, Donald Trump’s children didn’t escape the humor unscathed. Donald, Jr., and Eric, his two adult sons, were often late-night standup fodder due to their general goofiness, but Ivanka not so much. They were, after all, part of their father’s White House and campaign teams, so they willingly stumbled onto the stage, often blinded by the limelight. However, Barron Trump was just a 10-year-old kid when described by comedy writer Katie Rich in a Tweet as “America’s first homeschool shooter.” Kids and serial killer allusions shouldn’t go together.

Chelsea Clinton, by the way, came to Barron’s defense and said he should be off limits to derisive humor. Amy Carter undoubtedly agrees.

How about politicians generically? That seems fair to me. That way we’re making fun of them all, Democrat and Republican, in one fell swoop. Try the following: “If con is the opposite of pro, then is Congress the opposite of progress?” Not bad as fell swoop’s go, but maybe too pithy for those of us who prefer our political humor on the nastier side. If you prefer not to go with pith, try adding feces to the humor recipe: “Politicians and diapers have one thing in common: they should both be changed regularly.” Take that, public servants!

The big thing is taking some potentially embarrassing behavior or characteristic and running with it. Biden, for instance, seems to have memory lapses which, translated by his detractors, is evidence of senility. A typical Biden one-liner on that is: “Joe Biden knows in his heart that he is the only one who can truly defeat Ronald Reagan this November.”

Jokesters seem most fascinated with that incident a few years back where he was standing behind some woman, long since forgotten, who said he was sniffing her hair. Creepy, right?

A: Because he can’t sniff their hair.

That joke may be creepier than the alleged act itself. How about?

Q: What does Joe Biden say to young girls when he leaves the room?

Not as creepy nor as funny.

Lately, the popular thing to ridicule is democracy— or should I say the keystone of democracy. The integrity of voting has come under fire because imagined voter fraud became an issue after Trump had his you-know-what handed to him in the election. Here’s an old joke that makes the point with humor instead of poor loser whining: “My father voted Republican until the day he died. Then, for some reason, he voted Democrat.”

It is no joke that Trump supporters are still trying very hard to undermine American democracy, at the same time exposing Christian evangelicals as hypocrites and even demeaning the Bible as a political prop:

Back to politically sensitive issues in general.

Q: What do you call a lawyer who has gone bad?

Jokes and Hoaxes Funny to Some Folkses

Speaking of jokes. During the worst days of the pandemic, a grumpy guy calls Talkback 16, which allows local TV viewers to sound off about news coverage. “I wanna know where they come up with those numbers on this COVID crap. Somebody’s makin’ this stuff up. If there were that many I would know people who had it. What a joke!”

The guy probably lives by himself in a trailer just off state game land. He’s one of an amazing number of people who think COVID-19 is a hoax. They are known as Covidiots, especially when they end up in the emergency room.

Q: Have you heard about McDonald’s new Trump Value Meal?

A: Order anything you like and the guy behind you has to pay for it. (Yes, it was the Obama Value Meal originally, but it still works whoever resides in the White House.)

You want an Obama Joke? “We used to have Reagan, Johnny Cash, and Bob Hope. Now we have Obama, no cash, and no hope.”

A thief stuck a pistol in a man’s ribs and said, “Give me your money.” The shocked victim responds, “You cannot do this, I’m a Congressman!” The thief replied, “In that case, give me MY money!”

Political humor often teeters on the brink of mean-spiritedness, but, taken as a whole, everybody gets to be the butt of the joke.  Now that’s Democracy!