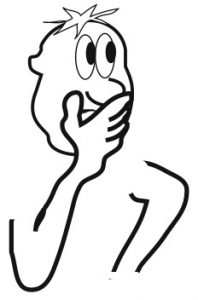 When words sparked the visuals in listeners.

I’m not driving around as much as usual. Maybe once a week we hit the road just to get away and, while we’re sheltering by vehicle, take a hike or stop to shop for necessities. That means I haven’t spent as much time listening to those classic radio shows on Sirius XM. I do have the app on my iPad, but I only use that sporadically for background noise while doing various writing projects. I’ve missed tuning in to those old radio dramas and comedies from the years before televisions took the place of radios in American living rooms.

That’s right. They were even before my time, and that may be what makes them fascinating— a living history created by voices from the past, most of them no longer with us. It is all about the power of the word, letting your mind create the visual. Like a book, radio had to spark your imagination, getting you see to something vividly through their scripts, with a boost from acting skills, sound effects and background music.

So I’m listening to this detective show, and one of the characters, commenting on a sluggish companion, says, “He couldn’t beat an asthmatic turtle across a tennis court.” What was that? A simile? A metaphor? An analogy?  Well, they are all comparisons of things. Similes often contain the word “like” or “as,” as in “nutty as a fruitcake” or “like a fish out of water.”

A metaphor is a little more complicated in its comparisons, and examples are all around us. In advertising: “Life is a journey…” In music: “You ain’t nothin’ but a hound dog…” In the Bible: “The Lord is my shepherd…” Analogies are also comparisons used to explain or define, and metaphors and similes are among their tools.

So I started reading through old radio scripts, which took up most of an evening, concentrating on radio shows like “The Adventures of Sam Spade,” “Richard Diamond,” “Pat Novak for Hire” and “The Adventures of Philip Marlowe.” The narrations by the lead characters in these scripts are rife with these literary devices. Some are pretty corny and a bit of a reach at times, because their purpose is to entertain an audience of average people with short attention spans. Sort of the same as today, except we now have the advantage of visuals. These quips from radio days are meant to provoke laughs in otherwise serious dramas about various “capers” typically revolving around a murder or two.

Enough of the set-up. Following are some of the gems (and occasional chestnuts) I uncovered rummaging through these archived scripts:

If the bar was any smaller, they’d have to hang the license out front.  (They frequented seedy places with seedy characters and what more needs to be said?)

She kept looking at the door and then down at the magazine, as if she was trying to find the right paragraph to hide behind.  (A frightened young woman waiting for someone she didn’t want to meet.)

He was as welcome as a box of candy in a diabetic ward.  (The narrator, Sam Spade as voiced by Howard Duff, meant this as a positive comment about the character, but it could easily be taken the other way nowadays.)

I felt like a hummingbird trying to sneak out of an eagle’s nest. (Not clear what that means, but an interesting visual nevertheless.)

He’d stick to me like Scotch Tape in a bowl of cotton. (Dick Powell’s Richard Diamond being shadowed by a cop.)

It was like trying to follow a grain of rice in a Shanghai suburb.  (Not politically correct but you get the point.)

It was like trying to walk the baby on a floor full of marbles. (Our narrating shamus upon his condition upon regaining consciousness after being knocked cold for about the third time in one caper.)

I fell like a loose barbell in a mine shaft. (Richard Diamond getting conked on the noggin again.)

Isabel greeted me like I was a keg of brandy around a Saint Bernard’s neck. (That’s why the lady is a lush.)

I felt like my brain had spent the night in a cement mixer.  (You guessed it. Another conk on the noggin for private dick Philip Marlowe.)

Helleman couldn’t find a brass ring in a dead man’s nose. (Pat Novak, played by Jack Webb, commenting on the investigative skills of a homicide detective.)

It wasn’t a bad book, if you ever wanted to start a forest fire.  (This observation from Pat Novak may not qualify as a simile, but it is an apt metaphor for describing a crummy book.)

Following are random similes and such from radio scripts. Cleverness and creativity are in the mind of the beholder, because while words may dazzle, they may also fall flat.

Memories of his years in foster care jumped him like muggers in a dark alley.

His despondency hung around his neck like a dead skunk.

He felt so worthless he sometimes wondered whether he deserved his own shadow.

Her guilt stuck out like a leg in a cast.

His in-laws were as supportive as a broken rocking chair.

Undoing the damage he had done would be like putting toothpaste back in the tube.

They would never get him to change his story now. He was dug in like a tick in a beagle’s belly.

He had been set up like a solitary eight ball perched at the side pocket.

He stretched the truth like a rubber band looped around a kid’s thumb.

They were on it like a stock car track pit crew.

All their fears melted away like snow from a campfire.

It didn’t seem as if much had been accomplished. It was like exchanging stares with a statue.

His belly preceded him like a cowcatcher on a locomotive.

It was like deciding whether to jump from the 23rd or 24th floor. Either way you die.

He wasted away like a popsicle on a warm day.

She was duller than a ball-peen hammer.

She entered the room like a sunrise, extravagant and full of promise.

It was food for the soul and, like the air you breathe, you never tired of taking it in.

The audience seemed unmoved by his performance, as if they were a giant oil painting. (Reminiscent of the Henny Youngman line: “What are you? An audience or an oil painting?” or “I know you’re out there. I can hear you breathing!”)

He seemed out of place like a violin in a marching band.

He was starting to feel like a firefighter, only wanted when there is trouble.

Delivering bad news should be like removing an old bandage— as quickly and painlessly as possible.

There wasn’t much she could do about it.  It would be like doing preventive maintenance on the Titanic before it struck the iceberg.

She vanished right in front of me like my paychecks during tax season.

She was filled with expectation like a plant about to be watered during a drought.

She was as subtle as a gun jabbed between your ribs.

He has the curiosity of a dead cat.

Her voice was as scratchy as a wool sweater.

The book was a tough read, as if somebody threw all the words in a blender and hit the whip button. (Blenders had been around since the 1920’s.)

It was as reckless as picnicking on the railroad tracks.

He had the attention span of a mosquito straddling a plump blood vessel.

By the way, attention spans were not required for this week’s blog, which combines examples from two newspaper columns written a few years back.