Saying What You Mean without Being Mean

Saying What You Mean without Being Mean 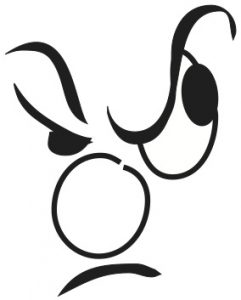 Avoiding the harsh, blunt and offensive in a politically correct world.

I was going through a box of literally hundreds of columns I have written for three different newspapers going back to the late seventies. I’ve combined observations from a couple of them for this blog— one quite recent and another written more than 27 years ago. The latter explored the impact political correctness was having on our language back in the early 1990’s and the former was about euphemisms, an enabler of the political correctness that seems to be spiraling out of control.

Euphemism:  A mild, indirect or vague term for one that is considered harsh, blunt or offensive.

The most common euphemisms are used for death, sexual terminology and bodily functions that may be uncomfortable to talk about. It’s also common in hospitals and other purveyors of health care because of disgusting things that happen to us that require their intimate attention.

Medical words and expressions exchanged among doctors and nurses are often described as jargon— much of it unflattering and not meant to be heard by patients. For instance, a “beached whale” is an obese patient who is incapable of doing much beyond lying in bed. Then you have “beating off angels,” which is continuing CPR on a patient who isn’t going to make it. “Guts and butts” is a term for general surgery. A patient who is a “call button jockey” or “pillow fluffer” is constantly seeking attention from the nursing staff.

They may come across as demeaning and cynical, the dark humor you might expect from people who devote long hours dealing with death, illness and injury. You can imagine the jargon borne from the pandemic. They don’t qualify as euphemisms because they don’t make scary or offensive things seem harmless. They have quite the opposite effect, but they help those dealing with death every day maintain their sanity.

When it comes to euphemisms, there is nothing quite like war.

The Department of Defense used to be the Department of War. It is, after all, easier to justify defending yourself than making war. War is not such a negative thing if you are going to war against a bad thing like terrorism or poverty. Since the very nature of war requires us to kill other human beings, we had to make some aspects of it less offensive. That’s why the military came up with “casualties,” for example. It may mean lost, damaged or destroyed and often refers to subjects other than human beings. Casualty originally meant “a chance happening.”

Of course, we all know that collateral damage refers to casualties (a.k.a. deaths and injuries) of innocent or untargeted people and structures.

According to what is known as the Sapir-Whorf Hypothesis, which refers to the language of the military: “Euphemisms are a form of modified language that changes perception. Because the language acts as a barrier and hides the real truth. It inhibits emotion.”

Friendly fire is not so friendly. It is almost always accidental and a tragic error if injury or death occurs. I had a friend in Vietnam killed by friendly fire as the result of an errant rocket fired from a helicopter during a Viet Cong attack on a supply depot. That also made him collateral damage.

Other military euphemisms include:

— “softening up,” or bombing an area before sending in the ground troops;

The last two examples come from our continuing war on terrorism in the Middle East. In case it isn’t clear, “finishing off” is a euphemism for killing.

Some military euphemisms become part of the vocabulary of American business. In the military a furlough is something that provides an opportunity for some rest and recreation (R&R) with an understanding that you are coming back to resume your duties. In industry it started as a temporary layoff to justify some difficult decisions, but those furloughs are often just an initial step toward becoming permanent. The term “laying off,” by the way, is less jarring than terminating or getting rid of. Previously, to lay off someone meant to leave them alone.

The word “alternative” is becoming a popular word in a growing mountain of euphemisms. One of them is “alt-right,” which refers to far-right radicals like neo-Nazis and other racist organizations that justify and encourage violence. It has been described as “giving a cute name… to hate groups.”

This naturally gave birth to “alt-left,” which is especially popular with Fox News and

refers to liberals and causes like the Women’s March in D.C. and other cities. Bernie Sanders and Elizabeth Warren are regarded as alt-left, but though they may indeed be far left in their views, most don’t advocate violence.

Trump is more a jargon guy than a euphemistic guy because he’ll seldom soften the blow when he responds to a real or inferred insult. It was “Crooked Hillary,” after all, and not “Less Than Forthcoming Hillary.” She, too, didn’t escape that campaign without being credited with a euphemism for prevarication, a.k.a. lying. Referring to those emails some blame for her losing that election, she said she had been truthful but may have been “short-circuited” on her recollections. Hence short-circuit becomes a euphemism.

We get different reactions the expressions “illegal aliens” and “undocumented workers” when they mean pretty much the same thing. Banks and other financial institutions will often refer to “underperforming assets” when they are really talking about bad investments and not assets at all.

My euphemism that strikes home for me is “percussive maintenance.” We all do it. When all else fails, we just keeping hitting something (like the vending machine and maybe the office printer when nobody is looking), thinking we will get it to work.

Euphemisms are a mainstay of political correctness, and I stumbled on some examples from a newspaper column I wrote in January 1994. Political correctness is starting to be a big deal again, notably among conservative Republicans who see it as a defining trait of liberal Democrats. It’s about those graphic, blaming words used to describe blameless conditions. Handicapped and disabled were euphemisms for blunt words like crippled and retarded. Now, it seems, those euphemisms are no longer regarding as politically correct with terms like “differently abled” and “physically (or mentally) challenged” superseding.

Fat— Overweight took its place for a time, but then along came “differently sized” and “horizontally challenged.” Challenged is very popular in the politically correct world because it indicates some kind of valiant stand against a condition that is usually your fault.

Bald— Before I became cue-ball bald I had a “high forehead,” which seemed noble enough, and now I’m “differently hirsute” or “follicular challenged.” I prefer to think of my head as “razor compatible.”

Old— Nobody wants to be called old. Aging just doesn’t cut it, because even a three-year-old is aging. As someone who is old, yet younger than some people who are also old, I see no problem with elderly, but I’m not comfortable with “senior,” which confuses me with a high school student. “Mature” is not so bad, I guess, but politically correct options like “experientially enhanced” and “chronologically gifted” are taking it too far. After further consideration, being old isn’t such a bad thing until it ends.

Unemployed and Jobless — Both are a little too blunt for some in that situation, but do they really want to be described as “involuntarily leisured” or “occupationally dispossessed”?

Homeless — Saying someone is homeless is like blaming them for not having something most people have— a home. Therefore, we’re starting to hear terms like “underhoused” and “involuntarily undomiciled.” If I’m sleeping in a cardboard box, I’ve got a home. If I have a Zippo lighter or a book of matches, I have a home with heating.

Drunk— The preferred synonym for years, even on police blotters, has been “intoxicated,” which once meant being excited or extremely stimulated by an emotion like love. A drunk today is “alcohol obsessed” or, believe it or not, “sobriety deprived.”

I have come to the end of this commentary, which means I have achieved the state of cogitative depletion.