Reverting to a Tactic Born in the U.S.A.

Reverting to a Tactic Born in the U.S.A. 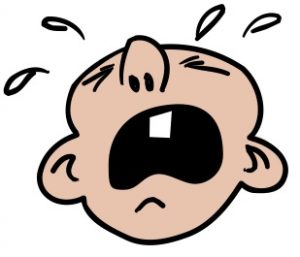 Crying over unwelcome voters in Georgia.

Our government is a union of all United States citizens. Everyone is a member. It is the way we organize to efficiently address problems that affect us all.  It is the way we respond to disaster when isolated groups are impacted. And it is the only way ordinary citizens can stand up to powerful entities such as major corporations and bizarrely wealthy individuals that would otherwise treat us unfairly. — Ken Dammond, Vice-Chair of Fix Democracy First!

I remember when one of the healthiest and fairest features of democracy was getting everyone you could registered to vote and, on election day, to the polls so their votes would count. Both major parties did it, as did some nonpartisan organizations who believed in “the power of ordinary citizens.” It was considered a good thing, not a bad thing.

Now we’re seeing a reversal, starting with a knee-jerk reaction in Georgia to punish people for voting, especially if they have the stamina and patience to wait in line to do it. For starters, black voters in low-income (a.k.a. poor) neighborhoods have had to do something that few white middle-class voters in the same state have had to do in election after election for the past fifty-some years: wait in line for a long time to cast their ballots. Since even Georgia Republicans might consider it a bit radical to forbid people of certain races and party affiliations to vote, they decided to write and enact a law to make it tougher on those whose votes they don’t want. They even made the mean-spirited move of denying them a sip of water as they wait in line.

Maybe that will keep them away. Then again, it might make them even more resolute in having their voices heard. They’ve had tougher barriers to overcome in the bad old days.

Georgia has enacted this sweeping attempt at targeted voter suppression to supposedly secure the democratic process. It doesn’t matter that poor-loser court challenges resulting in multiple recounts of votes cast in the presidential election and ensuing senate runoff could find no evidence of voter fraud. In a way, residents of Georgia should be assured more than most any other state that their elections are as fair and square as they can be.

Securing the election? They are only securing the right of fair-skinned folk to stay in power so they can continue to support such idiotic and undemocratic measures as rewriting the rules whenever they lose.

We’ve seen the harm done to the democratic process, especially in the Jim Crow South, with a concerted effort to keep the poor and the minorities (mostly black) from having a say in who represented them. It wasn’t just those with darker skin who were, and still are, being suppressed but, in the case of Georgia, a minority that includes poor, young, disabled and, yes, older citizens.

The tide toward a true democratic process strengthened when Congress passed the Voting Rights Act of 1965.It affected me and many of my peers six years later, in 1971, when the signing into law of the 26th Amendment lowered the legal age to vote from 21 to 18.

I, as was true for a lot of young Americans of my generation, went to Vietnam as one old enough to serve my country but too young to vote. As it turned out, I wasn’t eligible by age to vote in my first presidential election until I fulfilled my three-year military commitment and was back in college married and the father of an infant daughter. I was a month past my 25th birthday and my wife, Mary, just nine months younger.

Student activism emanating from the Vietnam War should be credited with lowering the voting age, and the sad truth was that a lot of young Americans between the ages of 18 and 21 were fighting and dying for their country in that conflict. Sixty-one percent of those who died there were younger than 21. Millions in that age group were killed in the two world wars and the Civil War before that. That means it took two centuries of American Democracy to finally equate the age for military service with the right to vote.

Hey, it took almost 150 years as a democracy for women to get the vote— and the suffragettes and their supporters had to fight like hell to earn that right.

During the first half century of our developing experiment in democracy, it was indeed the privileged— white male property owners— who got to vote. By the mid-1800’s the barrier of having to be a property owner was gradually lifted. Perhaps the most amazing lifting of barriers came after the Civil War and ensuing Reconstruction when the 15th Amendment removed racial barriers. Former slaves were allowed to vote, with a number elected to state legislatures and the U.S. Congress. It didn’t last long, because the first wholesale suppression of the vote took effect after federal troops were called back to duty by President Andrew Johnson, Southern successor of the assassinated Abraham Lincoln. Not only were blacks denied the right to vote through ruses like poll taxes and literacy tests, but the message was made clear that even suggesting that you had a right to vote, let alone going to the polls, could be downright dangerous, even deadly, for these upstarts. The rise of the Ku Klux Klan made it more than a threat by lynching blacks and burning their homes. We forget, or never knew, that the KKK was active outside the Deep South in communities like mine in rural Pennsylvania. A turnout of 25,000 of Klan members marched down Pennsylvania Avenue in Washington, DC, in 1926 to the cheers of onlookers.

Securing Elections with Threat of Lynching

It has been a shameful and violent history of voter suppression, which is simply ensuring that the haves stay in charge by suppressing the voice of the have-nots. It was no accident that most Southern slaveowners forbade their human property from learning to read and write, perpetuating the myth of their ignorance and inferiority as a race for more than 200 years. Their access to public education was severely limited for more than a century after slavery when armed guards were required to protect black students when enrolling in previously all-white colleges

After a brief taste of Democracy during Reconstruction, it wasn’t long after before southern states’ legislatures were lily white again, and it wasn’t much better in the north. There were no blacks elected to either the U.S. Senate or House for the first 28 years of the 20th Century — and not one from a southern state for another 44 years after that (1973).

Coincidentally, when I voted in my first presidential election in 1972, it was the first election in that century in which a southern state sent a black candidate to Washington D.C.

Things have steadily improved in our fallible democracy since, but it now seems that the South has indeed risen (make that lowered itself) again when it comes to voter suppression.

For minority residents who do try to vote in Georgia, if its efforts at suppression stand, bring your own water just in case you have to stand in line for hours. Oh, yes, and keep it hidden or you’ll likely be tased and hauled off to jail.

The criminal offense? How about Disorderly Hydration or Aggravated Thirst Quenching or Concealment of a Dangerous Beverage?