Remembering the Ralphs in Our Lives

Remembering the Ralphs in Our Lives 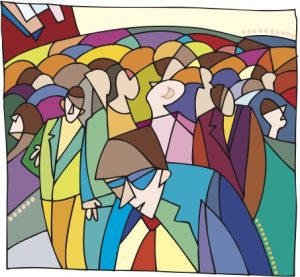 Ralph was not just another face in the crowd but someone who will be long remembered.

Here’s a story a fellow shared with me after the funeral of a mutual friend. He swore it was true, but even if it’s not, the message is worth repeating. The names have been changed to protect the ignorant.

Ralph had worked in a management capacity for a small company whose founder and chief executive officer not only took him for granted but treated him quite shabbily. Ralph was good at what he did and worked long hours, but he got little praise or encouragement from his boss. I’ll call him Artemus Puffington.

For one thing, Puffington preferred being around important people like himself. Hanging around losers and underachievers, he liked to say, will rub off on you. Living the good life was a top priority. He wore the best brand-name clothing, even when dressed casually, and served on bank boards and executive councils of sundry agencies and organizations. He was generous with his donations to various causes and organizations and his largesse was often reported in the local press.

As for Ralph, he preferred to be with his family when not working. He taught Sunday School, was a worker bee for the men’s club in his small town, coached Little League and served as a Boy Scout troop leader for years. Ralph could always be counted on to pitch in if someone needed a helping hand. He served on no impressive boards, and he quietly donated unimpressive amounts of money he couldn’t really afford to causes important to him. Even when dressed in a suit and tie, he was rotund and rumpled, if not slovenly.

Puffington, to be honest, was somewhat embarrassed by the lackluster impression he felt his employee and member of his management team made on others, particularly important others. He would occasionally make fun of Ralph in front of other employees, believing he was motivating him to look and act more professionally. Had it not been almost an impossibility to find someone qualified to replace Ralph, particularly for the salary he was paying him, he might have treated him even more rudely. He supposed if the right professional came along, he could always find an excuse to dump or demote Ralph.

Then, on a sunny weekend, a heart attack dropped Ralph in his tracks while returning from delivering one of his sons to his freshman year at a college in another state. Ralph was D.O.A. at some strange hospital just off the interstate. Puffington sent flowers to the family, along with a card conveying his condolences, on behalf of his company. It was more than he wanted to pay, but he imagined it would be displayed front and center during the funeral. After all, he was known to be a generous man, though poor Ralph’s passing would barely be noticed by anyone of importance. As his boss, Puffington knew he would be expected to make an appearance at both the viewing and the funeral. Not that there would be that many people there to appreciate his attendance. He was, after all, a busy man. Furthermore, most of those there would assuredly be family members and friends he had never got around to knowing.

His one fear regarding the viewing that night was that there would be so few people there he’d be stuck trying to make small talk with Ralph’s widow and what he supposed was a slew of kids while the deceased, good old rumpled Ralph, rested in peace nearby in his open coffin. At the funeral, at least, he would be a passive mourner, make sure he was seen and maybe get home in time to catch the second half of the Ohio State game.

Puffington was surprised to see a full parking lot near the funeral home, and the closest spot he could find to park was a good four blocks away. He didn’t have to walk far because the line coming out the door stretched down the sidewalk for more than a block. Not even a cold, gloomy rain dissuaded mourners from a long wait.

“There must be two viewings going on in different rooms,” he stated to no one in particular, upon regarding the winding queue.

“No, this is all for Ralph,” offered someone further down the line whom he recognized as one of his sales reps. Buddy something, as he recalled.

“Oh, hello, there, Buddy,” he said cheerfully. “I didn’t know there were this many people in the entire county.”

“My name is Brady, Mr. Puffington,” came the reply. “They say inside the line winds through three or four rooms. Ralphie was a hell of a guy. Beloved is how I’d describe him.”

Even though darkness had fallen, Victorian street lamps illuminated the line sufficiently for him to discern that there were actually some important people waiting to pay their respects. He was totally confounded. Ralph didn’t socialize with any of these people! He didn’t sit on any boards or donate big bucks to building projects or charity fund-raisers.

He would have dropped out of the line then and there, but, by now, too many people had seen him. Few seemed interested in talking to him, especially employees he recognized, but they had seen him nevertheless. So he stood in line, inching along as it grew shorter in front and even longer behind. He was cold and wet by the time he got through the door an hour later, and then it was another hour before he found himself standing in front of the grieving widow. What was her first name? Gladys? Beatrice? Something like that.

Some Insincere Words of Sympathy for the Widow

There was an uncomfortable silence as she studied him somberly and he tried to remember her name. Awkwardly he extended his hand: “Artemus Puffington… I’m so sorry about Ralph,” was all he could manage to say. He had even, in his nervousness, forgotten Ralph’s last name.

“Yes, I remember you, Mr. Puffington,” she said sadly. “We came to the company Christmas party every year. You’d always make some joke about Ralph, him looking like the Pillsbury Doughboy in a tie. That kind of thing.”

He was stunned. How dare this woman, wife of that loser, say something like that when he was here to pay his respects? He wanted to throw some witty barb back at her, but he mutely nodded sheepishly instead, glancing at Ralph in his coffin and starting to turn away.

“Yes,” he said, turning back toward her, his face feeling suddenly hot.

“Ralph forgave you a long time ago. In fact, he was the type of person who would have come to your funeral and offered a sincere prayer if you had passed away first.”

Mr. Puffington was speechless. He had no idea how to respond now that he was the center of attention. It was as if everyone was waiting for him to say something, but he had been struck dumb.

It was the widow who broke the silence.

“I do know another thing for sure,” she said, her voice quite amicable now. “He wouldn’t have had to wait in line nearly as long as you did.”

(Note: I wrote this a few years back as a newspaper column. We all know at least one Ralph and Puffington before we complete our own journeys through life, and we all know which will live on as an inspiration in our respective memories.)