Remembering 9/11 and the War on Terror

Remembering 9/11 and the War on Terror 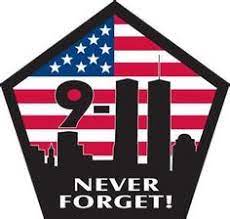 Contemplating the War on Terror and remembering our last brief display of national unity twenty years ago.

I suppose I wrote my 9/11 commentary a year ago when I shared remembrances of my son’s escape from the soon-to-collapse South Tower on the morning of September 11, 2001. It was a happy ending for both Jeremy and us, but after 20 years he is still trying to come to terms with why fate put him there and, secondly, why he survived the assault on the World Trade Center that day when almost 2,800 others weren’t so fortunate (an additional 189 died at the Pentagon, including 64 on the airliner, and 44 passengers on Flight 93 in rural Pennsylvania). Had his office been a few stories above the 55th floor where he worked, the likelihood of his survival was slim to none.

Had he been spared because of a calling to a greater mission? He applied for a job with the Department of Homeland Security, established fourteen months after 9/11, where his background in data analysis and statistics might be beneficial in what came to be known as the War on Terror. It wasn’t to be. He was only a few years out of college with no governmental or military experience.

A lot has happened since in his personal life and career, but those few hours on a Tuesday morning twenty years ago remain vividly imprinted in his memory. He’ll be observing that memorable escape amidst tragedy in a Zoom! session Saturday, September 11, with co-workers who were with him that day.

There is no question it was an historic day that should be recounted in American history curriculums in our public schools. Yet only a handful of states include it. My home state of Pennsylvania is one that doesn’t, even though one of those hijacked planes crashed near Shanksville, PA, killing all 44, including the four hijacking terrorists. Rebelling passengers are credited with saving lives at the intended targets believed to be the White House, possibly Camp David, the presidential retreat. Implausible as it may seem, we’re learning through anniversary media coverage this month that many high school students know nothing about the day that would launch the War on Terror that continues today.

The good news is we haven’t had a domestic terrorism that even approaches the scale of 9/11 as our troops scour foreign hunting grounds in an effort to dismantle the machinery powering this anti-American terrorism.

In the immediate aftermath of this attack, we began sending troops to Afghanistan, Taliban territory and reputed domicile of al-Qaeda’s Osama bin Laden, with high hopes of conquering this primitive enemy, nipping this burgeoning threat in the bud. Despite an encouraging start, seemingly bringing the Taliban to its eve of destruction, the U.S. would, as the years passed with distractions elsewhere in the Middle East, find itself mired in Afghanistan with no end in sight. It became a morass of inconsistences, with part of the country secure and enjoying a level of freedom and equal opportunity never experienced before.

The Taliban was slowly regaining control of the populace and pressing in on Kabul and other secure areas long before President Biden’s pronouncement of withdrawing U.S. troops. Presidents Trump and Biden did agree on one conviction that denouncers of August’s ill-planned withdrawal forget: we had to get our troops out of Afghanistan and turn the resistance over to the locals who had two decades to get their act together to fight on behalf of their own freedom. Trump signed an executive order last November to expunge our troops from Afghanistan by January 15 of this year — five days before Biden’s inauguration— but reluctantly rescinded the order after stiff opposition from advisors like Gen. Mark Milley, Chairman of the Joint Chiefs of Staff.
The exodus from Afghanistan came within days of the twentieth anniversary of the act of terrorism that triggered sending our forces there in the first place. It spanned all or part of four presidencies, both Democrat (nine years) and Republican (eleven years), splitting the two decades almost in half.

“How do you fight a War on Terror?” asked decorated U.S. Marine Veteran Elliot Ackerman in a CBS News report at the beginning of this week. “You’re basically fighting for something to not happen.” You are, in essence, keeping the enemy occupied elsewhere so they’ll stay away from you, and some feel that strategy was the one success of twenty years in Afghanistan.

Ackerman was deployed five times to Iraq and Afghanistan, enlisting at the age of twenty-one to respond to George W. Bush’s call to arms: “Our war on terror begins with al-Qaeda, but it does not end there.”

To get to al-Qaeda they had to go to Afghanistan in what was ironically called Operation Enduring Freedom to defeat the Taliban who were harboring Osama bin Laden and his minions. They were able to bring down bin Laden himself ten years after 9/11, but the Taliban just wouldn’t go away. It was becoming a shambles of civilian casualties wrought by both sides.  More Afghan civilians have died in the last year than any time in the war’s 20-year history, much of it due to bombings by the Afghan Air Force. That’s just one of several conundrums that complicated our continued involvement. Trump made a withdrawal agreement with the Taliban in 2020, and bombings by U.S. and NATO dramatically decreased. We were backing off, with the next step seemingly withdrawal.

I’m no military strategist. My few years as an Army intelligence analyst involved processing intel from the field. I do remember that we too often applied conventional battlefield strategy to guerilla warfare in Vietnam, and that was our undoing. We did learn from that experience, and that resulted in successes, albeit temporary, in the Middle East, including Iraq, Syria and Afghanistan.

Body count was a big thing in Vietnam, and that system was used to assure the American public that we seemed to be winning. I can attest that body count was not a reliable stat. They were usually guesstimates by our own soldiers. The body count from twenty years of our presence in Afghanistan is more reliable as compiled by Harvard University’s Kennedy School and from the Brown University Costs of War Project. These totals take us through April of this year with the assumption there have been hundreds, perhaps thousands, of more deaths of civilians throughout this summer:

About 900 more American civilians, a.k.a. U.S. contractors, were killed in those two decades of hostilities in Afghanistan than the number of civilians (not all Americans) killed by terrorists in those four hijacked airliners. The body count of more than 113,000 Afghans, civilian and uniformed, tells us that they paid a huge price despite the American presence. The difference is that those 9/11 deaths occurred in four blinks of an eye within a span of an hour and twenty-five minutes between Manhattan and Shanksville.

It is also proof of the effectiveness of choosing symbolic targets over going to war. Terrorists don’t have to win on battlefields. Those minutes of devastation on 9/11 targeted the three strengths for which the United States is best known: economic (the World Trade Center), military (Pentagon) and governmental (the White House?). Thankfully, the last target was a failure, because brave passengers wouldn’t let it happen, assailing the hijackers and the cockpit knowing they were doomed.

Minutes later, in his last words to his wife over the phone, Thomas Burnett, Jr., exemplified the spirit of unity that sustained us as Americans: “… I know we’re all going to die. There’s three of us who are going to do something about it. I love you, honey.”

On the night of September 11, 2001, congressional Democrats and Republicans, after evacuating the Capitol earlier that day, stood together on the steps outside the building and spontaneously joined in singing “God Bless America.”

How far we have fallen.