Racial Prejudice: How Far Have We Really Come?

Racial Prejudice: How Far Have We Really Come? 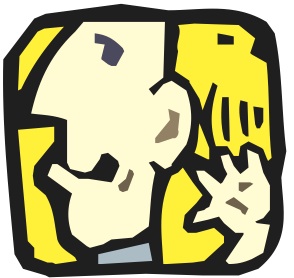 The message of the evils of racism still falling on deaf ears.

I had a blog written about how all of us are more alike than different, but it just doesn’t seem credible anymore. It’s reassuring to think we’re always going to have a happy ending here, as well as in the hereafter, and that we all have more goodness within us than iniquity.  Maybe, but, then again, we may merely be a nation of strangers who randomly find common ground.

I’m tired. It’s beyond tired, but sleep won’t help— unless I get to sleep for six or seven months and awaken beyond this season of silliness and improbability. I guess you could call it moral fatigue, a growing weariness of watching this bizarre, unending parade of one creepy float after another, each more grotesque than the one before it. That last one seems to be this strange fleshy creature with a long red pointed tongue and an orange flowing mane holding up a Bible like the scalp of a vanquished foe.

These are the kinds of images that haunt you when you realize that we are at a crossroads because we again are failing to atone for what was called “America’s original sin” by abolitionists of old, many of whom were members of the clergy. How long will it take for us to put racism behind us more than 160 years since the Emancipation Proclamation, the beginning of the end of slavery but still so far from putting white-against-black racism to rest?

With that in mind, I decided to repeat a commentary I wrote about two and a half years ago about something that happened during my lifetime—a tragic milestone event many were convinced would turn the tide of racism in this country. Have far have we really advanced in 65 years— the age of a typical American retiree?

Remembering the Murder of Emmett Till

Take this sequence of events. A 14-year-old boy from Chicago, visiting relatives in a small southern town one summer, accompanies his cousins to a country store for sodas and candy and is impressed by the beautiful young woman who waits on him. The great violation comes a few minutes later outside the store when he whistles at her while he is leaving with his cousins.

Late that night, the woman’s husband and brother-in-law force their way into the humble house where the boy is staying, removing him from the premises. They take the terrorized teen away, brutalize him beyond recognition, shoot him in the head to snuff out what life remains and then throw his body in a river with 150 pounds of metal to weigh him down. His fate might never have been known, but somehow the bloated body rises to the surface and is found a couple of days later.

Now whatever offense the boy may have committed certainly didn’t warrant the heinous crimes of murder, torture and desecration of his body. But this was August 1955 in Mississippi, the Magnolia State. The woman in the store was white, as were the abductors and murderers. The boy was black. His name was Emmett Till, and most of the white folks in those parts didn’t feel Emmett Till’s brutal slaying even warranted an arrest or trial.

There was a trial, lasting just five days including jury selection. The two killers were acquitted by an all-white, all-male jury after about an hour of deliberation. There was eyewitness testimony that the two defendants abducted Emmett that night. Witnesses also observed him being transported by them in a pickup truck the next day before he disappeared altogether. Both of the accused would proudly admit to Look Magazine a few months after the trial that they had killed and therefore savaged Emmett Till. The law couldn’t touch them. Double jeopardy prevailed, and the law in this case worked for the murderers and not the victim.

Had not the murder garnered national attention, thanks to the efforts of the newly formed NAACP (National Association for the Advancement of Colored People). Emmett Till’s lynching, like many before, might have gone unnoticed. It would have never been a major issue in the civil rights movement had not his mother insisted on an open casket viewing, which revealed his shocking injuries—eyes gouged out, skull split open and others that photos couldn’t show.

The alleged victim, Carolyn Bryant, admitted a few years ago to author and historian Timothy Tyson that “nothing that boy did could ever justify what happened to him.” She also recanted testimony that suggested Till tried to sexually assault her by grabbing her and making lewd comments. The visitor from Chicago did, however, whistle in appreciation of her beauty, which was obviously a major error in judgment considering the racial climate in Mississippi. One of the cousins, still alive today, said Till, not familiar with customs there, was apparently just showing off for them.

Perhaps even more telling when trying to understand why Mrs. Bryant would have been upset enough to inform her husband after the encounter is something that would seem insignificant today. It was a gesture that says more about racism in those days than pages of explanation. When the boy paid for his candy, he placed the coins in Carolyn Bryant’s outstretched hand. That was, it was later revealed, the great humiliation he heaped upon her and southern womanhood. Blacks did not touch whites in Money, Mississippi, or any of the Deep South for that matter. Emmett Till was expected to put his coins on the counter and not allow his dark skin to touch her pure white hand. This is not an exaggeration and a custom accepted by both white and blacks in Mississippi at that time.

Carolyn Bryant is still alive, in her eighties and, according to Tyson, seemed thankful to relieve herself of the burden she carried since 1955 that set the stage for Emmett Till’s demise. The avowed murderers, husband, Roy Bryant, and his half-brother, J.W. Milam, died years ago. Their beliefs and customs represented the norms of communities throughout the South. Blacks, who were more commonly addressed by the so-called “N word,” were not allowed in the same classrooms as white children.  Even though the Supreme Court struck down segregation in public schools a year before Till’s death, it took years of legal wrangling to make it happen. The same was the case with the right to vote, and doctors, lawyers, bankers, cops and, yes, judges in Mississippi, would condone even murder to keep the vote from blacks.

Why? Educated blacks could vote and be elected to public office, and that would lead to the mixing of the races.

Judge Tom Brady, Yale graduate, legal scholar and one of Mississippi’s loudest voices denouncing integration and voting rights for blacks in those days, put it this way in one of his speeches at a town hall meeting: “School integration is the first step toward interracial marriage. Wherever white men infused their blood with Negroes white intellect and white culture perished.”

It is proof that ignorance isn’t just about lack of education, because a lot of educated men in the South (and, frankly, elsewhere in the country) believed what the misguided judge stated on the record. I recommend “The Blood of Emmitt Till” by Timothy B. Tyson for a more thorough understanding of how generations of good and decent people can be warped by illogical prejudices passed on by those they trust the most— their parents, grandparents and community leaders.

It strikes me that the death of Emmett Till happened during my lifetime, though I was a child myself. It reaffirms that people like you and me could do horrible things that defy reasoning when fueled by prejudice.