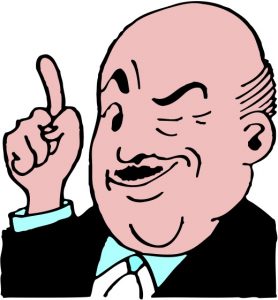 “Trust me! Next time I’ll get something done.”

Riddle: Name one issue, unpopular among members of both political parties in the U. S. Congress, for which both Presidents Trump and Obama have declared support.

Answer: Term limits for members of the Senate and House.

If you are tiring of all the dissension, distortion and disparagement in politics, this is the one issue we can all get behind. Most of us anyway, because it’s something a clear majority of Americans seem to agree on, whether Democrat, Republican, Trump supporter or Trump detractor. Imposing term limits on these comfortably ensconced legislators, who spend more time campaigning than legislating, is overwhelmingly popular. Eight out of every ten voting-eligible Americans favor restriction of re-election opportunities a.k.a. term limits.

It is nice to be able to agree with just about everyone else on something— anything— nowadays. For the record, traditionally more Republicans favor term limits than Democrats, according to polls, but conservative Southern Democrats, among the historic leaders when it comes to serving multiple terms, are now mostly Republican and that partisan longevity is shifting. Shifting is an understatement. With two senators from each of the 13 States of the Confederacy, the tally is now 22-4 in favor of Republicans. Two of those four Democrats, ironically, are from Virginia, home of Robert E. Lee and where most of the Civil War battles were fought.

Despite that bit of historical insight, term limits are neither a liberal nor conservative cause when you think about it.

Term limits may be the only way for all of us to have something we desperately need: a more responsive government with legislators doing their jobs instead of begging for money and obsessing about their next election. That next election always seems to come uncomfortably close to the previous one, forcing incumbents to play close to the vest and staying on their side of the aisle. Even imposition of term limits is not a sure cure, because, when you think about it, the President of the United States is limited to two terms. And yet the politicking seems almost uninterrupted from first inauguration until the next presidential primary, especially if the reigning president considers multiple campaign rallies in the first and second years of his four-year term as part of his job description.

But we’re not going to get into presidents here, because that job is not a good argument for or against term limits. Getting back to the legislature, let us consider the following:

The longevity champion in both the House and Senate was Democratic Congressman John Dingell, who retired after serving 59 years and 21 days in office. Then there was Virginia’s Robert Byrd, who served in the House and then Senate continuously for 57 years, 176 days, and the only the only power ultimately removing him from office was death. It is alleged that had Byrd been put on the ballot as a dead man, he would have likely won. And the list of gents who served in the House or Senate, or both in some cases, for 47-and-a-half years or more include: Hayden, Inouye, Whitten, Conyers, Vinson, Rayburn and Thurmond. All of these dudes were Democrats but they have resigned, retired or died. We know they and their families lived high on the hog, as Strom Thurmond or Sam Rayburn might say, for their exemplary —make that exhaustive—public service.

The longest serving still in office is Republican Congressman Don Young from Alaska, who recently passed Thurmond and probably Rayburn in uninterrupted service. Democrat Patrick Leahy (Vermont) and Republican Chuck Grassley (Iowa) were next on the still-in-office list, both approaching 46 years at last count.

And yet not one of the top 33 in uninterrupted service left office because he— and they were all guys— was voted out.

Imagine poor Jack Brooks, a Democratic Texas Congressman, who was just getting the hang of it when he was defeated in 1995 after holding down the job for exactly 42 years. He was the one dude in the 40-years-and-over club who actually lost an election.

Mitch McConnell and Nancy Pelosi, by the way, have been in the Senate and House, respectively, for 36 and 33 years. McConnell has already made the record books as the longest-serving leader of U.S. Senate Republicans in history. As a Senator benefitting from only having to run for office every six years, he had been re-elected five times with probable No. 6 coming this November. Pelosi can boast, as Speaker of the House on the last two occasions when Democrats were the majority, of being the highest ranked woman EVER in political office and the next in line after the President and Vice President. She has had to run for re-election every two years. That’s sixteen campaigns. If she only devotes three months of each term campaigning instead of working, we’re talking four full years devoted to keeping, instead of doing, her job. Such is the case with all House members.

None of these legislators would want to be president anyway, because they would actually have to depart the gravy train and get a job where you’d have to show up, maybe punch a clock and try to stay awake after the lunch break.

Joe Biden does have one thing in common with McConnell. He was in the U.S. Senate for 36 years. He’d probably still be there if he hadn’t stepped down to be vice president, who are not subject to term limits. They can be vice president for decades, but they actually need a president with them and, unless they switch parties, the longest any vice president in history could have been in office was 20 years— the length of the continuous terms of one party. That would be Franklin D. Roosevelt (12 years) and Harry Truman (eight years). It was FDR, elected to four terms, who brought about the passage of the 22nd Amendment that limited presidents to two terms.

It’s the Job That Keeps on Giving

So what are the best reasons for imposing term limits on members of Congress?

I give you Nick Tomboulides, Executive Director U.S. Term Limits, “a non-profit, non-partisan grassroots organization dedicated to enacting term limits for elected officials at every level of government in the United States.” He actually got to testify before the Senate Judicial Subcommittee recently— the first time in almost a quarter of a century they’ve allowed an outsider to utter those two horrible words in the hallowed halls of Congress. Seniority gets legislators on important committees, and that means he was trying to sell to the most unlikely buyers.

And yet his words are worth repeating here:

I want you to imagine for a moment that you are an employer, and you’ve got some problems with your employees. When you hired these employees, they promised they would do exactly what you asked of them. But once they got the job, they became a nightmare. They stopped listening to you and started using this job to line their own pockets. They took the company credit card and racked up more debt than you could pay back. They became so obsessed with KEEPING their jobs that they FORGOT to DO their jobs. And after all that failure, all that disappointment, all that incompetence…. Your employees came to you and said: “We deserve a raise.” If you are a reasonable person, that should make your blood boil. And yet, that is exactly what it feels like to be an American taxpayer.

When the issue of term limits is debated in the House or Senate, which is seldom, it flops like a fat man off a diving board. Why? Opponents of term limits, usually long-time legislators themselves, argue that nothing sharpens job skills better than experience. That may be true in some jobs, though lethargic seniority in workplaces often breeds contempt and resentment. The actual experience for too many of them is failing to get anything done while convincing their constituents otherwise, at the same time fine-tuning the strategy of blaming everybody else.