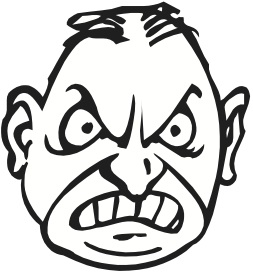 There is no question that the history most of us were taught in school, including the generations that have followed mine, offered a rosier narrative of slavery than it deserved. Centuries of enslavement, mostly imposed on Africans abducted from their villages and families, converted an estimated 3.6 million men, women and children into property— more than half of them propping up a fairy tale plantation culture in the Deep South, according to the National Humanities Center. This human trafficking and subjugation deservedly qualify as America’s original sin and its greatest institutional evil.

History tends to treat the reconstruction of the South that followed the Civil War as a slowly evolving success with a few bumps and setbacks along the way. Taking a closer look at all that happened in both the South and North during this painfully prolonged period does not paint a pretty picture of our vaunted Democracy in action and explains the continuing specter of white supremacy and why it refuses to go away.

I have tried to understand why we still have so many white supremacists and apologists for their racist views, among them the President of the United States who knows they are among his ardent supporters. His refusal to condemn white supremacy was a stand that painted Republican members of the Senate and House into a corner until he grudgingly reneged on his recalcitrance after a bipartisan storm of protest.

There are other issues that will determine who people vote for, of course, but we can look to our history for enlightenment the white-on-black racism that still prevails in this country. First of all, reconstruction, in its literal meaning, does not accurately describe the process designed to bestow equal rights and fair treatment for former slaves and other Afro-Americans after the Civil War. It was more like building from scratch, because you can’t suddenly wave a magic wand and transform slaves, many purposely denied a chance at literacy, into full-fledged citizens with all the rights afforded to white Americans. The Emancipation Proclamation couldn’t erase the prejudices of generations of southerners who had grown up believing all blacks were not only inferior but subhuman. Several hundred thousand soldiers died as defenders of slavery fighting for the Confederacy.

The more noble cause of states’ rights was proffered much later in what was essentially a re-write of Civil War history. It was really for a state’s right to hold humans in bondage to benefit its economy and the wealth of a distinct upper class and those doing business with them. It was, in some ways, an earlier version of the Republican mantra, “What’s good for General Motors (i.e. Big Business) is good for America.” Substitute “King Cotton” for GM and it pretty much reflects the attitude of citizens of the Confederacy before and during the Civil War. That attitude continues to fuel the resentment of many Americans who believe in the superiority of the so-called white race.

Another explanation for why Confederate soldiers fought in the Civil War, as explained in Confederate Veteran magazine in 1915, was that it wasn’t about slavery but generational racism, stated as follows:

Every Confederate soldier, however poor in worldly goods, cherished in every fiber of his nature this sense of race superiority as his patent of nobility, and instinctively he felt that he was fighting to maintain that superiority against a party intent on making the negro his equal. He cared nothing for slavery, but he fought for his own race standing.

And so the rewrite of Civil War history in the South was continuing in earnest a half century after the end of that conflict. The soldiers fighting for the cause of the Confederacy did not regard themselves as racist and probably didn’t even know what racism was. They grew up, as the generations preceding them had, assured that white was superior to black. The explanation in the Confederate Veteran, however, tries to evoke a sense of noble humanity about an inherent bigotry that subsequently tore the country apart and resulted in the deaths of 750,000 Union and Rebel soldiers and sent at least that many more home with lost limbs and other disabilities.

Freeing the slaves and reconstruction festered an innate hatred, passed on to ensuing generations, directed at all blacks but primarily the successful and outspoken ones. One of the tragic results was the lynching of 3,446 blacks without a trial between 1882 and 1968. Another 1,297 whites were lynched, many for aiding blacks or vocally opposing lynching. Lynching became uniquely American. At least the American West, a place where few blacks ventured during the reconstruction era, was an equal opportunity lyncher, taking the law into their own calloused hands and stringing up mostly white guys suspected of rustling, robbing and dealing from the bottom of the deck.

A racist lynching in the Jim Crow South was typically orchestrated to set an example to others. The dead were often left swaying at the end of a rope for hours, even days, as a warning to blacks so often falsely accused of raping or being too intimate with a white woman. There are many archived photos of these extra-judicial murders, with crowds of white people— men, women and children— looking complacent, even triumphant, with the lifeless bodies suspended above them.

The Confederacy, as we know it, actually evolved conceptually after the Civil War, and the modern image was perpetrated by Southern women in an organization called the United Daughters of the Confederacy. There were dozens of chapters throughout the South with thousands of members, and they were responsible for many of those Confederate statues, including the most famous one of General Robert E. Lee on Monument Avenue in Richmond, VA. They are also credited with Decoration Day, an annual remembrance of the Confederate dead, now nationally observed as Memorial Day.

This organization was not established until 1894, and most of those statues were erected within two decades after that. Then came another surge of granite generals and horses in the 1950’s and into the 1960’s during the Civil Rights movement culminating in Martin Luther King’s murder in the spring of 1968. These periods of violence and intimidation in the South coincided with another eruption of the lynching of blacks and more monuments to the Confederacy and its Civil War heroes. They were an intimidating reminder to blacks that they were still no better—or safer— than slaves.

The white supremacy movement, fragmented in recent decades, is not only coalescing but taking center stage with the apparent blessing of a president who decries the violence emanating from Black Lives Matter demonstrations but showing little compassion for the victims whose murders triggered the protests. He preaches law and order but emboldens far-right hate groups like the Proud Boys to “stand back and stand by,” which, in military jargon, means to disengage for now and be ready to take action. In other words, “let’s get ready to rumble.”

Had he prompted them to “stand down” instead in that nationally televised debate, it would have sent a message to back off, cease and desist.

The Proud Boys, who specialize in beating up liberal and leftist protestors in street demonstrations, responded by, in at least one meme, by including “Stand Back and Stand By” in their logo. The tremendous backlash over that oddly worded comment from a civilian with no military background, for the first time, moved the president to grudgingly renounce his passive support of white supremacist groups. That’s a step in the right direction.

Failure to condemn deep-seated racial hatred that still seethes more than 150 years after the slaves walked off the plantations, exposing themselves to decades of violence and humiliation, only emboldens racists who are just itching to subjugate the freedoms of blacks.