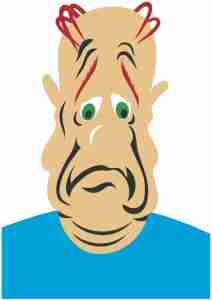 And the deaths keep piling up as gun rights and gun control positions solidify.

The idea that TV networks and newspapers get their jollies from school children and other innocents murdered by a mentally ill or just plain evil shooter is both understandable and unfair. Most take pride in reporting the real story, fairly, factually and respectfully, and mass shootings often lead to dozens of stories in the ensuing months. The respectfully part is the key, and once it gets out to the bloggers and website news sources, it is skewed by opinion, politics and prevarication.

So the news media is pandering to the raw emotions of grieving victims of gun violence so they can sell more papers or notch higher TV ratings on their belts as journalists? School shootings are not only just worth reporting but essential to the need-to-know of all Americans. It is when tragedy is used as a political selling point that it becomes incendiary and fodder for both conservatives and liberals, with murdered innocents as pawns.

One thing that emanates from the coverage of mass shootings, for example, is the inevitable charge that lax gun reform is the chief culprit. When guns are blamed, then the response from the other side are various derivations of the old “guns don’t kill people, people do” argument. And, yes, that means more articles and commentaries from both sides. The flood of cable and network news may seem an obsession at times. Others, like Loesch, conveniently interpret it as the news media reveling in tragedy. Whether you believe the best way to discourage gun violence is through gun or mental health reforms, stepping up anti-terrorist activity, or a combination all three, you can always count on the news media to continue to report on these tragedies and generate opinion on both sides.

The recourse is not to cover these slaughters, which, like reality television, means we would be living in a controlled reality. Will that be something we decide should not be teaching to our children about these times in which we are now living? Like the sordid history of slavery, will it be something children don’t need to know for their own mental health or because it will destroy love of country?

The news cycle is so overwhelming with so much bad news and bad behavior to report that even mass shootings seem to run together. Mass murder is one horrible thing that the United States is best known for in the world and almost always caused by firearms.

Both sides benefit from tragedy. Gun control advocates stir up calls for legislative reform and the gun rights side, mostly the NRA, which used to be about gun safety. They expeditiously raise millions of dollars for the cause after each mass shooting, which is to stem the erosion of the right to purchase and own guns just because some wacko is able to arm himself. Most of that money goes to lobbying politicians and keeping the issue high on the political agenda of groups like CPAC.

When a family loses a loved one in a tragedy, whether as a murder victim or in a fatal accident, reporters understandably have to cover it. Then, following up, they try to put together a background story. That might mean talking to family members and friends of the victim to (a) understand what happened and (b) give readers and viewers a feel for what kind of person the victim was. We also want to know about the shooter, which too often allows him to achieve the fame he was probably seeking. Everyone remembers the killer. Few remember the victims.

How much do we report? How much emphasis do we place on the back story when the victim’s behavior is questioned or may have contributed to the outcome? These are some of the issues we face in covering the news and sometimes we overstep in the pursuit of an exclusive story.

People want to know even if they won’t admit it. They don’t want to know if it strikes too close to home or infringes on someone they respect or something they believe in.

One of the key contributors to controlling the message of bad news is that which is shared and passed on ad infinitum throughout the internet.

The arguments on both sides range from the understandable to the unforgivable, and the latter includes conspiracy theories that continue to place the blame on the victims of gun violence or challenge whether there were any victims at all. There were the mass shootings at Stoneman Douglas High School in Parkland, FL, that occurred on Valentine’s Day four years ago as this blog is posted. The word was spread and shared and shared again that it was all some kind of video production and the student survivors were actors. Even the funerals of the dead were included in this crazy conspiracy theory that rivaled Neil Armstrong landing on some kind of movie set instead of the moon as some conspiracy junkies believe today.

The case of the 2015 on-camera murder of TV anchor Alison Parker is perfect for pro-gun conspiracy theorists. The victim also happened to be a news reporter, and that one stone could kill the credibility of two pesky birds —the news media and the prospect of gun reform. Parker, one theory goes, changed her identity and is in hiding living off the wealth of anti-gun benefactors. The strategy? Why not just spread the word that there was no killing, and it was all a ploy to sway the public and fence-straddling politicians into tightening the laws on gun ownership?

Gun control advocates have done their share of exaggerating, even lying, to promote their cause, but there is one key conspiracy on this side of the fence to explain church and mosque shootings, primarily, that is not a theory. It is real. Killers are being indoctrinated deep in the bowels of the internet to believe killing innocents is somehow an honorable and heroic act.

We have made mass murder a political issue. Radicals on each side keep shouting each other down when the people we have elected should be working on some kind of compromise to slow the momentum of these wholesale slaughters— something our legislators seem unwilling to do in just about every issue facing us today.