Now’s the Time to Take a Stand against Haters

Now’s the Time to Take a Stand against Haters 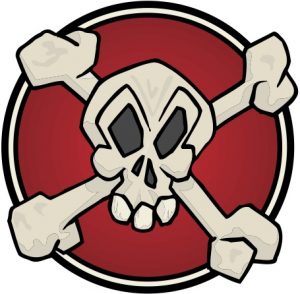 Hatred of any person, especially an entire race, can poison an otherwise healthy mind.

Any dialogue about racism is good. My last blog wasn’t specifically about the president, but my references to him were primarily about his failure during this crazy campaign season to stand up against hate groups and white supremacist violence.

For the record, my fact-checking confirms three distinct times he did behave presidentially in the aftermaths of two violent events that resulted in the deaths of innocent people at the hands of proponents of white superiority. On those occasions, condemnations of these hate-inspired killings were issued via formal statements from the White House or by the president personally. Trump did two things that a president should do after such tragedies: he decried “hatred, bigotry and violence” and urged us “to come together as Americans” against racial hatred.

Unfortunately, this has not been part of his campaign message and has not been part of any statements in the past 14 months. Why didn’t he in that September debate, when asked point blank, just say, as he did in the aftermath of Charlottesville and a mass shooting by a white racist in El Paso, Texas, that there is no room for hate groups and racial violence in this country?

As racism continues to rear its ugly head and white supremacy groups are clearly more emboldened than ever, we need a president to take a consistent stand. We have to remember that Trump says a lot of things, constantly contradicting himself. Yet when he had a chance to firmly denunciate white supremacy groups before a nationwide television audience just a few weeks ago, he not only wouldn’t do it, but seemed to encourage these haters to stand ready for action.

Following the violence in Charlottesville in the eighth month of his presidency, he followed up his noncommittal “very fine people on both sides” comment by releasing a strongly worded statement a few days later. It could have set the course for his stance on white supremacy: “We condemn in the strongest possible terms this egregious display of hatred, bigotry and violence, on many sides. On many sides.”

Okay, that’s better, whatever “many sides” means, but he actually made a stronger condemnation, via a White House statement, in the mid-summer of 2019 after a racially motivated killing of 23 people in El Paso. It was the most forceful and presidential statement yet— and since:

The shooter in El Paso posted a manifesto online consumed by racist hate. In one voice, our nation must condemn racism, bigotry, and white supremacy. These sinister ideologies must be defeated. Hate has no place in America. Hatred warps the mind, ravages the heart, and devours the soul. We have asked the FBI to identify all further resources they need to investigate and disrupt hate crimes and domestic terrorism — whatever they need.

The wording of this doesn’t sound typically Trumpian, especially that sentence: “Hatred warps the mind, ravages the heart and devours the soul.” It may have come from an aide who majored in English literature, but give him credit for issuing this press release, whoever put the words together.

So Joe Biden was wrong when he said that Trump had not once condemned white supremacy.

This was all before he went on the official campaign trail, including the September debate, post-debate comments and rambling observations when he addressed supporters. Why couldn’t he just come out and iterate a strong message in response to hate-inspired violence? It’s a matter of inconsistency and an apparent unwillingness to lose votes by denouncing white supremacists who are clearly Trump supporters.

Remember it was Trump who initially invaded the world of politics during the Obama administration in 2011 when he claimed to have evidence that the man he would succeed in six years was not an American citizen. He continued to make this accusation, as he often does with his falsehoods, again and again, because he obscures the facts by repeating his alternate facts ad nauseam. Eventually Trump, the Republican presidential candidate, did concede that Obama was a legitimate American. But he couldn’t even take responsibility for his role. He blamed Hillary Clinton for originating that claim, another falsehood, and for starting the so-called “birther movement.” Say what?

It is still accepted as truth by many conservative Republicans, as does their belief that Obama is a Muslim. Some lies just won’t go away.

Even Seeing Is Not Believing in Trump Nation

It is an unsettling reminder of a claim made by candidate Trump in January 2016: “I could stand in the middle of 5th Avenue and shoot somebody and I wouldn’t lose voters… It’s like incredible.”

And so it goes. And so he knows he can pretty much say and do whatever he wants and retain the loyalty of his base. He can even insult their intelligence. He can say whatever he wants without fear of repercussion. His presidency has become the most popular reality show on television, because, whether you admire him or not, there is always something new and outrageous to keep us talking. We don’t even have time to stop and reflect on what he says or does, because there will soon be another inanity or lie to ponder.

There are still a dwindling number of voices in the Trump administration who recognize this is a matter that should be addressed resolutely and without vacillation.  White supremacists were characterized just a few weeks ago by Acting Homeland Security Director Chad Wolf as “the most persistent and lethal threat when we talk about domestic violent extremists.” Meanwhile, the boss continues to step back from his previous condemnations.

Now he is hedging about conspiracy theories. He won’t just state clearly that QAnon and its global network of Satan worshipping pedophiles, which happen to include just about every Democrat of any national significance among the conspirators, as unfair and untrue. He responds to such calls for condemnation by seeming oblivious to who they are, as he did with the Proud Boys, a racist hate group of terrorists.

“I know nothing about it,” Trump said of QAnon. “I do know they are very much against pedophilia. They fight it very hard.”

So it appears he does know something about it and even suggests they are fighting for a worthy cause. Being opposed to pedophilia, abducting children and eating babies should be a no-brainer. The superhero of the QAnon conspiracy storyline is Trump himself. Back in August, when the president was asked by a reporter if he could support such a movement, he evaded the question and seemed pleased when he said: “If I can help save the world from problems, I am willing to do it. I’m willing to put myself out there.”

QAnon is far right, racist and essentially a rebranded Nazi cult which surfaced in the early 1900’s as Russian anti-Jewish propaganda. And another chance for him to take a stand bites the dust. Then, of course, there was Trump’s response to the foiled abduction of Michigan’s governor last week. He did issue a condemnation, but of Gov. Gretchen Whitmer, not the conspirators, accusing her, most recently, of encouraging an assassination plot against him.

You can’t make this stuff up. Well, I guess somebody can.

Feigning ignorance doesn’t buy you a pass from taking a stand when you are President of the United States. It is ignorance, after all, that keeps white supremacy alive a century and a half after the official abolishment of slavery.