Making Our Points with Exclamations!

Making Our Points with Exclamations! 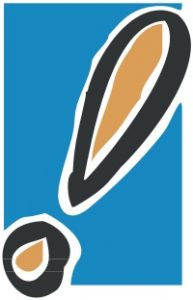 Exclamations should be used sparingly for impact. Get the point?

I’m not big on exclamation points. I have to be exceedingly excited, angry or enthused to use them in my writing. You use such things sparingly for effect. And yet, as someone who edited many articles, commentaries and letters to the editor over the years, I’ve seen exclamations used so liberally it’s like the written form of shouting.

You have undoubtedly seen correspondence, email and social media posts where people use exclamation points after virtually every sentence, doubling and tripling their number when there is something even more important to say. And, just to make sure you aren’t taking their words lightly, they march out the capital letters as well.

Here’s an example of what I call the shouting writer:

When are people going to WISE UP? I’m talking about drivers who won’t let people cross a street! Even at a CROSSWALK!!!! IT’S THE LAW, FOLKS and it’s very simple: PEDESTRIANS HAVE THE RIGHT OF WAY!!!!! Is being polite going to kill them? My wife and I STOOD AT A CROSSWALK ONE DAY AND I COUNTED FORTY-TWO CARS DRIVING BY BEFORE ANYONE STOPPED TO LET US CROSS!!!! I know there are a lot of people who agree with me on this! All I know is, YOU SHOULD BE ABLE TO WALK AROUND YOUR OWN NEIGHBORHOOD WITHOUT GETTING RUN OVER BY SOME RUDE DRIVER TALKING ON HIS CELL PHONE!!!!!!!!!!

That’s an example of someone who uses exclamations and capital letters to express his anger over some issue. Then there are writers who think they are smarter than the rest of us and want to make sure we don’t miss their snippets of wisdom.

It has come to my attention that most people do not even know who their state and national elected leaders are! A recent newspaper survey revealed that 43 percent of this year’s high school graduates do not know who the vice-president is!!!  VOTING IS A PRIVILEGE, in case you don’t understand that concept! IT IS NOT A RIGHT!!!!!! You should be grateful enough for this privilege that you take the time to UNDERSTAND THE ISSUES in an important political campaign!!!  Most of all, USE SOME COMMON SENSE, for Pete’s sake! Do you really believe BUILDING A 55-FOOT HIGH WALL THAT IS 2,000 MILES LONG is something we should be debating??????? You have the right to be stupid! Some of you can’t help it!!! As for the rest of you, DON’T TAKE THE PRIVILEGE OF CHOOSING OUR LEADERS LIGHTLY!!!!!!

Exclamatory expressions and hyperbole represent some of our most colorful and entertaining language. We all use our favorite expressions for emphasis. In the previous paragraph the expression “for Pete’s sake” is an example of those little oaths that pepper our language. Enjoy them while you can, because the art of conversation is quickly eroding as texting, tweeting, videos and other abbreviated and visual forms of conversation displace communication.

By the way, the exclamation point (!) itself stands by itself in texting jargon as “I have a comment.” Apparently, it must be an important comment.

Just for fun, I’ve rounded up some of those exclamations I have used and heard others use. Some are just repeated over the generations without really understanding what they mean. Nobody is quite sure who Pete is or why we should care about him, for heaven’s sake, but it could very well be biblical— as in Peter the disciple, the Rock and the acknowledged first Pope. Perhaps Betsy of “Heavens to Betsy!” referred to the woman credited with sewing the first American flag. Then there is “Heavens to Murgatroyd!” which was the tagline of a popular cartoon character from my childhood, Snagglepuss.

Then we have “Great Scott! “ Since this expression goes back around the time of the American Civil War, some speculate that it refers to Union General Winfield Scott, who at an estimated 300 pounds was great in bulk if nothing else.

“Great Caesar’s Ghost!” is self-explanatory, I suppose, and favored by a fictional character, Perry White, editor of the Daily Planet and boss of Clark Kent (a.k.a. Superman). “Great balls of fire!” has been a popular exclamation for generations, but is best known as a Jerry Lee Lewis song title. Outraged moralists preached that it was overtly sexual and just another example of the unholy denigration of what was called race music (i.e. African Americans) in the 1950’s. Chances are it refers to that well-known dominion of eternal flames.

Holiness is a popular theme in many curses such as  “Holy cow!” “Holy smoke!” and “Holy mackerel!” The holy cow may refer to Hinduism where that animal is sacred, and the holy smoke may emanate from the signal used to let people know when a new Pope has been chosen. Just guessing there. As for the mackerel, it could very well denote the few fish that, along the seven loaves of bread, fed the multitude of 4,000 who came to hear Jesus preach.

One bordering on sacrilegious is the expression, “Jesus, Mother of God!” which really makes no sense at all, reversing the role of Jesus from son to mother and apparently from man to woman. My understanding is that it is a shortening from the liturgy, “Mother of Jesus, Mother of God,” which some contend puts Mary above God the Creator.

All Kinds of Exclamations at Our Disposal…

There are hundreds, more likely thousands, of these exclamations. Some of them are somewhat archaic and nonsensical like “Poppycock!” and “Balderdash!” And then you have “Gadzooks!” which, I’ve discovered, is the contraction of God’s hooks or the nails on the cross. Many of them or replacements for unseemly cursing: Judas Priest!, Confound it!, Consarn it!, Dadgumit It!, Jumpin’ Jehoshaphat! (not to mention Jumpin’ Jesus on a pogo stick! Honest.), Gee willikers!, Saints alive!, For the love of God! Son of a gun! Tarnation! (eternal damnation), Hell’s bells!, Blimey! (God, blind me!), Fiddlesticks!, Hogwash!, Good grief!, Goodness gracious!, Good golly!

There are a number of provincial expressions, peculiar to one part of the country, that are exclamatory in nature. How about the following exclamations from the South?

“Butter my butt and call me a biscuit!” (Southerners seem to be obsessed about biscuits.)

“I’ll slap you naked and hide your clothes!” (Nudity and missing clothing? Check out the next one.)

“That takes the rag off the bush!” (I know what you’re thinking, but it really refers to someone stealing clothes on the stream bank that belong to a skinny dipper.)

“I’ll be dipped and rolled in cracker crumbs!” (Call me a naked cracker!)

So use your exclamation points infrequently and only for emphasis, and if you don’t like it, you can go jump in a lake!

Skill Note: I’m in Florida just for this week, and they are taking COVID seriously in St. Pete, despite the attitude to the governor and state government and some of the Spring Break hotspots. Much of the preceding (with a few additions and updates) was written as a newspaper column a few years back.