Looking for Dirty Harry to Make Our Day

Looking for Dirty Harry to Make Our Day 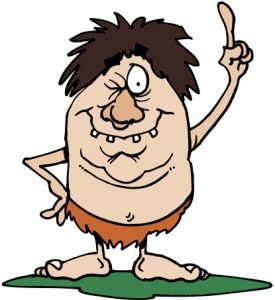 If only we could go back to the days when a guy was master of his own man cave.

Last week’s blog was supposed to be a take-off of a Dr. Seuss children’s story— “Marvin K. Mooney Won’t You Please Go Now!”— and the talents the president supposedly has that could carry him on to another career and continued fame. Playing off the “please go now” was obviously a satirical device about the upcoming election and, yes, my hope his reelection would be rejected by the voters. Between 24 and 36 hours AFTER I wrote that, we learned that the President had COVID symptoms.

There was criticism that the blog was somehow insensitive, considering his health issues, even though the time sequence would prevent me from knowing he had caught the virus he had previously flaunted and dismissed as magically vanishing. The point is I do not wish illness or the perils of the virus on anyone, and that includes President Trump.

It’s interesting that supporters of Donald J. Trump, the insult comic of politics, seem to think he should be exempt from being the target of humor himself. This is the same guy who dismissed Hillary Clinton as “weak” when she had to briefly leave the campaign trail in 2016 because of a diagnosis of pneumonia. There’s nothing funny about fighting off COVID, but keep it in perspective. I don’t wish harm on people based on their politics.

There is this weird reaction by Trump supporters. Many seem to think criticizing him is a direct attack on them when, to me, it’s a difference of opinion and evaluation of the character of the president. It is important to me that my president is truthful and compassionate. People fall in love with a leader, even those who are far from loveable, and it becomes personal. Worse yet, they tie themselves so tightly to a political party there seems to be no behavior reprehensible enough break that bond.

Essentially, it is liberal versus conservative. Far left versus far right. Extremism rules and moderation is seen as weakness and somehow failing to take a stand. It means “being within reasonable limits” and reasonable, in turn, means “being rational” and governed by “sound thinking” and “common sense.” It’s a lot easier, and therefore weaker, to take extreme, black-and-white views, because there are so many gray areas governing our behavior and opinions.

It’s easier to dismiss things you don’t want to believe as hoaxes and conspiracies instead of taking the time to substantiate them and getting your facts right.

We all have to process what is going on around us, and I find it fascinating that people who seem so much like each can look at the same person and make judgments that are diametrically opposed.

The missing components are emotions and prejudices that may come from a lot of different places— some from deep within our consciousnesses or stemming from how we were brought up, life lessons learned and relevant experiences from childhood on.

This entrenched and ardent support for President Trump, starting with Candidate Trump, emanates from a loyal nucleus of people: blue-collar middle-class Americans who feel threatened by the seemingly menacing world around them.

For Some, the Sheriff Is Already in Town

I have this theory that may explain why someone talking tough and advocating violence as a remedy has its roots in our own history.

I call it the Dirty Harry Principle.

It goes back to our fascination with the Wild West. It was a brief period of U.S. history in the the years after the Civil War, where bad guys, many of them former Confederate soldiers who fought against the Union, were wreaking havoc on God fearing folk in western towns. Their protection and safety depended on the new sheriff in town, the roving U.S. Marshall and deputized gunfighters, murderers and thieves. Many of us grew up on such stories, glorified on television and in the movies.

We didn’t need someone who could talk some sense into the bad guys. That was boring. The only option was to fight violence with violence. Give them a badge and we give them a pass to take the law into their own hands. It meant killing, ambushing and even a hanging on occasion to defeat this lawlessness. The man with a badge, a.k.a. peace officer, not only talked tough, he could back it up. Peace was attained by the same tactics the bad guys had used to terrorize towns large and small. There were arrests made and hanging judges, also tough talkers veering from the letter of the law, made that point by keeping a steady string of traffic to the gallows.

Generations fell in love with this law defying character, romanticized first in pulp novels, old-time radio and eventually on the big and small screens. Wouldn’t it be great if we could handle all our problems by fighting fire with fire, keeping potential evildoers at bay by simply denying them admission into our communities and our lives?

These were the Wyatt Earps and Wild Bill Hickoks, who did what they had to do and killed who had to be killed to bring about law and order. Oddly enough, some of the lawbreakers, like Jesse James and Billy the Kid, were also imbued with heroic qualities, their deaths mourned and their killers, including Pat Garrett, a sheriff and Texas Ranger, treated with disdain. Other lawmen doubled as both lawbreakers and law enforcers.

The modern version, varying on the tradition in an era closer to our own, was Dirty Harry. He was called dirty for a reason, but we all cheered whenever he prevailed over, not only the crooks, but a corrupt police force. Cops even applauded Dirty Harry’s tactics and were envious of his fictional freedom. Charles Bronsen became a heroic figure by tough talk and pursuing his own kind of justice in “Death Wish.”

If you want to take it a step further, there was “The Dirty Dozen,” one of my favorite movies back in the day. This was a war movie with tongue-in-cheek humor that unleashed a group of criminals with violent pasts on the Germans during World War II. It was supposedly based on a real mission with a whole bunch of liberties taken with the facts. All’s fair in love and war, they say, and the plot required a select band of seriously bad guys imprisoned in the stockade, with at least one sadistic killer among them, wiping out a bunch of high-level Nazis. Their payoff was a free pass on their punishments, including the firing squad, and an honorable discharge. There were rowdy cheers in the movie theater when the mission was accomplished, transforming the criminals into war heroes.

So we Americans seem to have this inner desire to have Dirty Harry, the sheriff or whoever it takes to come to town, take care of the problem and forget about morals or conscience for the greater good. This is known simply as the end justifying the means, and it saves a whole lot of introspection about right and wrong.