Is It the Beginning of American Democracy’s End?

Is It the Beginning of American Democracy’s End? 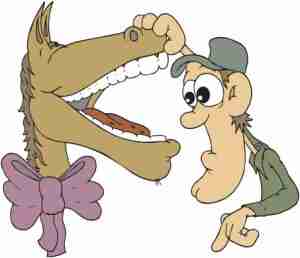 Are we looking the gift horse of American Democracy in the mouth?

As much as I try to pretend that our Democracy (capital D intended) is not in jeopardy, the harder it is to ignore clear signs that the majority of the people in one of our two dominant political parties claim allegiance to a powerful cult of personality that won’t go away. Truth and facts no longer mean anything in what I feel is a dangerous time for the disunited States of America.

It is becoming increasingly evident that much of what is going on— reliance on conspiracy theories, disrespect of the constitutional checks and balances that have saved us from threats like Joseph McCarthy’s Red Scare and allowed us to make the advances in Civil Rights that we’ve made so far— have started at the local and state level and worked their way up. That has never been truer than today where many a whacko gets his or her start in a state legislature or as a county commissioner, for example, with some rising to national prominence and further dividing the U.S.  House and Senate. Others like Marjorie Taylor Greene, noted conspiracy theorist and white supremacist, gained support at the local level as a rabid Trump supporter, which gave her the leverage to be elected to the House of Representatives from Georgia’s 77.5-percent white 14th Congressional District in 2021. As of July 2022, Republicans control 54.27 percent of state legislative seats versus 44.45 controlled by Democrats (Ballotpedia). Meanwhile, the registration advantage clearly favored Democrats by as many as 13 million (2022 World Population Review) in 2021.

This partially explains why Democrats running for President have been winning the popular vote by millions but losing the electoral vote, which is why we are not a real democracy. You can chalk that up to gerrymandering, which Republicans at the state level have down to a science, but that’s a whole other issue.

Another telling factor that helps explain the direction we’re headed as a democracy is the results of recent Gallup polling. It shows Democrats clinging to a narrowing three-percent advantage (46-43) in numbers more than a year after the January 6, 2021, insurrection. The Gallup numbers were based on which of the two parties those polled identified with or tended to lean toward after all that was learned over some thirteen months after the attempted overthrow of our democratic process. That doesn’t take into consideration testimony at the House Select Committee public hearings that started in June and even more recent reports of the FBI search at Donald Trump’s Florida home and his sudden allegiance to the Fifth Amendment when testifying under oath. There are already conspiracy theories arising to explain both.

Interestingly enough, the biggest gain has been within the ranks of Independents who apparently don’t want to identify with either political party. Then you have Trump-endorsed GOP candidates winning here and there, confirming that both Trump and the fake 2020 election gambit, a.k.a. the Big Lie, still have relevance to Republican voters despite revelations ignored or discounted over the past nineteen months.

What does it all mean? Is it good for the Democrats who will be facing all these far-right flakes and conspiracy advocates in November OR does it mean we may elect gubernatorial and legislative candidates who support acts of treason and sedition, prosecuted as “seditious conspiracy.” This is rebellion or inciting rebellion against the United States, and that certainly seems to fit the actions of the departing president on that day and the days immediately preceding the storming of the real cradle of American Democracy.

As a nation, we have descended to low and dangerous places at times— and no time has been a greater threat to our Democracy than a Civil War triggered by whether it was moral and right to enslave other human beings. Both sides proclaimed God was on their side, as always seems to be the case when we face perceived moral issues like the death penalty, abortion and how much black lives really matter.

Is American Democracy Really at Risk?

There is no clearer case in history in which a democratic country, populated by people very much like us, was able to abandon those democratic ideals in a few short years, convincing themselves of their innate superiority and abetting unimaginable behavior like warmongering and worse yet, mass murder of an entire race or religion. This was, of course, Germany and the Nazis who, like a perverse Pied Piper, led them to moral depravity were hard-pressed to explain in its aftermath.

In all my decades as a voting American who opposes immoral behavior by my elected leaders, whether the fabricating and covering up of Richard Nixon or the morally reprehensible behavior of Bill Clinton with a White House intern, I have seen only president who fits the definition of a fascist — fortunately, one who has not yet succeeded in achieving his most dangerous goals. I write about Donald Trump long after he reluctantly vacated the White House. The problem is that he’s still here and still a danger, whether he runs for President again or ends up with a ticket to a jail cell.

I harken back to a piece Robert Kagan wrote for the Washington Post ten months ago, and it explains why the danger cultivated by Trump persists:

As has so often been the case in other countries where fascist leaders arise, their would-be opponents are paralyzed in confusion and amazement at this charismatic authoritarian. They have followed the standard model of appeasement, which always begins with underestimation. The political and intellectual establishments in both parties have been underestimating Trump since he emerged on the scene in 2015. They underestimated the extent of his popularity and the strength of his hold on his followers; they underestimated his ability to take control of the Republican Party; and then they underestimated how far he was willing to go to retain power.

People are representing the Republican Party who have campaigned and won their party’s nomination on the truth of the Big Lie, vowing to take over their state’s voting systems to ensure that only the people who agree with their so-called convictions will be calling the shots on who gets to win elections from now on. If you think that’s an exaggeration, consider audacious positions taken by the Republican candidate for Pennsylvania Governor, Doug Mastriano, who was among the warriors who stormed the Capitol on January 6, apparently stopping short of the real nasty stuff. It is true that some of the Republican faithful have backed away from Mastriano as “too extreme,” but the national and state Republican Committees have put their support behind him because, well, he’s a Republican.

An advocate of fundamentalist Christian Nationalism who despises the concept of separation of church and state, this dude not only says Trump really won the election in November 2020, but he makes the point of noting he’ll be in charge of the voting machines after he wins. There are two things wrong with that. First, you shouldn’t condemn election fraud and then do a nudge-nudge, wink-wink by hinting that you’ll be doing the same. Secondly, governors don’t have control of voting machines in Pennsylvania or anywhere else, which should tell you how much he really knows or cares about election integrity. Pennsylvania, by the way, designates a chief election official and, yes, that official is appointed by the governor, but the votes are recorded, counted and posted at the county level and dutifully covered by the local press. That official, were he at Mastriano’s bidding, would have to be a crook, as well as a genius to somehow circumvent a procedure conducted under public and media scrutiny. The chief election officer in the majority of states is the Secretary of State, and the last election proved that even Trump couldn’t get even one of them to switch over a few thousand votes in his favor.

But that’s how far this insanity has intensified as we continue to rave about something that never happened almost two years ago. Conspiracy-indoctrinated voters continue to reward these truth-nayers with their party’s nomination.