How Fox Changed the Integrity of Our News

How Fox Changed the Integrity of Our News 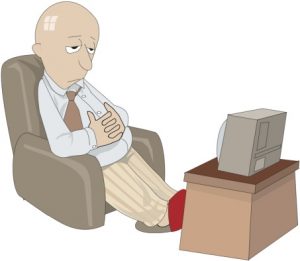 Keeping up with the virus on Fox News.

I believe that the public journal is a public trust; that all connected with it are, to the full measure of their responsibility, trustees for the public; that the acceptance of a lesser service than public service is betrayal of this trust… I believe that a journalist should write only what he holds in his heart to be true. — Part of The Journalist’s Creed by Walter Williams (1914)

Back in the days when people used to frequent bars and restaurants, you’d often find a television or two or three on the premises, depending on the spaciousness of the serving area. People used to like to watch the news in such places, but the proprietors were finding they had to contend with the political preferences of their patrons.

One bartender I know would often turn on MSNBC as he worked because they seemed to cover everything that was going on. It was around the time 24-hour cable news had become the norm and journalism had evolved into a creative process targeting niche audiences.

For him, it started innocently enough when one regular lunch hour patron sat down with three other co-workers, ordered a beer and then grumbled, “What do you have that s*#+ on for? Put it on Fox!” The others grumbled in agreement.

“Hey, it’s just the news,” the barkeep responded with a chuckle, as he handed the customer a menu.

“News?” said the patron, holding a hand up as if refusing the menu. “It’s the next thing to communist propaganda! I don’t eat here with that s*#+ on.”

“No problem,” said the proprietor, smiling to mask his irritation as he retreated behind the bar, fumbled with the remote and changed the channel.

End of story? No. More like start of a problem…

The four diners subsequently ate, drank and departed. The proprietor went about waiting on other customers when a man and woman entered and settled into a booth. He took their drink orders and dropped off a pair of menus. When he returned to the bar he noticed that the couple appeared upset and animated, abruptly standing to leave.

“What’s the matter, folks?” he said, hustling to cut them off.

“We didn’t realize this was some kind of Fascist establishment!” harrumphed the offended female, pointing toward the television. “We came here for a relaxing luncheon, not to be subjected to that.”

The proprietor informed them that the Fox News happened to be on due to a previous customer’s insistence. He assured them that he would change the channel or turn it off altogether. They stayed and, like the Fox news hounds before, left smiling after leaving a generous tip.

“Now I just keep it on ESPN,” he explained after relating the story months before the COVID-19 virus KO’d all real-time sports events. “If someone asks for a news channel, I just tell them that we have become a politics-free zone.”

Now the place is customer-free and food is picked up at the door by masked consumers doing their part to help him stay in business.

Gone are the days when the major network news at six, eleven and at the start of the day seemed sufficient to keep us informed. Many adults under thirty probably have no memory of those halcyon days at all. The beginning of the end came on October 7, 1996, with the birth of Fox News under CEO Roger Ailes, a Republican political strategist with media experience at NBC, presiding over the news operation.

It marked the first time a national news network had deliberately targeted conservative Republican viewers, with Baby Boomers, the oldest of whom had just turned 50, among its most ardent supporters.

And then Along Came the Right Candidate…

One of them was a former Democrat and supporter of Bill and Hillary Clinton.  As the new millennium unfolded, he would become a Republican obsessed with Fox News. Donald Trump took that obsession with him to the White House, and the feeling was mutual at Fox News, with Ailes becoming an advisor during Trump’s 2016 presidential campaign where the candidate labeled his old friend “Crooked Hillary.”

However, by the time Trump moved into the White House both Ailes and the network’s biggest star, Bill O’Reilly, left the fold, succumbing to serious allegations of sexual misconduct by multiple female co-workers and subordinates. Ailes died suddenly on May 18, 2017, but his influence at Fox lived on.

This was the frontier of creative journalism, which included news merchants on the far left and right. It was not enough to report what was going on. News seekers were handed a menu that strived to get the news that comfortably fit your beliefs.

For Fox News it was to politicize everything accepted as scientific or historical fact by liberals, basically Democrats, and a dwindling number of moderate Republicans. This included climate change, a.k.a global warming, as in, “Then how come they had so much snow in Minnesota?”

It was a tactic adhered to by Fox News anchors in reporting the day’s events, especially politics, and nothing reflects this more clearly than its coverage of the pandemic. The lines between news and commentary had already become so blurred during Barack Obama’s two terms that fact and opinion were becoming indistinguishable.

The problem was that the consequences of this virus were suddenly happening in real time, not something that would only be provable decades from now when the East Coast was underwater.

Regrettably, this influenced other cable news networks who borrowed from the Fox formula. Yet nobody did it better than Fox, now the most popular news network in formerly great America. Trump set the tone that Fox News so reverently followed in covering the virus when he stated repeatedly that “we cannot let the cure be worse than the problem.”

The strategy was not to get so preoccupied with the virus that we drag the economy down, along with the lifestyle to which we’ve all become so accustomed,

So even as Trump was belatedly calling for serious measures like social distancing, travel restrictions and ratcheting up production of ventilators and face masks, Fox News was still in denial about the plague overtaking the land.

How Many Deaths Constitute a Crisis?

Fox News anchor Laura Ingraham has been minimizing the impact of the virus since its invasion started making the news, dismissing it as an overblown malady created to unseat Trump. When it became clear that this thing was causing some real damage out there, she pointed out that pandemic deaths were fewer than the number of fatalities in a year from opioid overdoses and motor vehicle accidents, which are respectively 46,802 and 33,654. That apparently dismissed the 400,000 confirmed cases and 12,000-plus deaths in the last CDC count as insignificant, even though those numbers were amassed in barely a month and achieved a death rate of two every minute. Do the math.

Fox’s Sean Hannity, who defies all definitions of journalist, has been introduced and ballyhooed by Trump at his political rallies, which continued nonstop through his first three years in office, coming abruptly to a stop in early March because his “tremendous rallies” would defy his own social distancing guidelines.

Hannity, at around the same time, was preaching about “scaring people unnecessarily” and dismissing COVID-19 as “a new hoax,” a term that Trump himself parroted in when quizzed about the impact of the virus barely a month ago.

It was in mid-March when an independent poll by Survey 160 and Gradient Metrics revealed that Republicans were more likely to believe the pandemic was exaggerated, even fake news, and that people who favored Fox News as their chief source of information in the previous 24 hours were much less likely to take the pandemic seriously than other Republicans.

Reality seems to have provoked Fox News to change its tune, but it is probably too late to undo the harm its irresponsible and creative journalism has done.