Here’s to That Quiet Minority of Real Heroes

Here’s to That Quiet Minority of Real Heroes 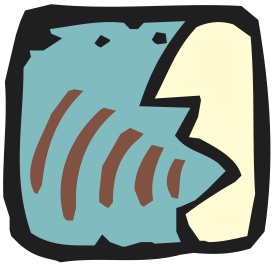 Talk is cheap and real heroes typically have little to say.

I’ve come to learn, as a Vietnam vet, that the real heroes of that ill-advised war are a silent, almost invisible group. The guys who do all the talking, all the bragging, their license plates personalized and their vehicles papered with stickers trumpeting their veteran status and affiliations, aren’t necessarily the real heroes. This is not only true of Vietnam, but of Korea, World War II and all military incursions since.

They say the real war heroes never made it home, but there are heroes among us, most of them not saying much— even to their spouses and children. As a newspaper reporter, I got to share some of their stories over the years. The toughest part was getting them to talk about it, but once the words started coming it was like the opening of the proverbial floodgate. Then, in the aftermath, they would be embarrassed, fearing they’d said too much because they came back alive and returned to their lives, unlike their buddies who paid the ultimate price.

The recognition stage came after their stories hit the printed page, as did the positive reaction they always received. Maybe it was survivor’s guilt, but it was almost as if they were fearful of the response to their war stories. What they got was a warm and even loving response. It was as if a tremendous burden had been lifted and now they could talk about the horrors they had witnessed and their own brushes with death. It was fairly common that I’d hear from these guys after I’d shared their stories, thanking me for giving them a legacy that they had earned but never really shared. On a number of occasions I’d hear from a wife, son or daughter, telling me that I had been able to do something they had never been able to do— get their disheartened veteran to talk about the war.

The kicker was, on several occasions at least, the veteran himself would call me with further reminiscences that he had failed to mention or omitted. It didn’t matter that I had already told their story. He just needed to tell me. I suppose part of it was I was a veteran myself, though not a particularly heroic one, and mostly because they had entrusted me to tell their story and I had not let them down.

Most of us who went off to war, truth be told, didn’t really want to be there and were just hoping to make it back home with all vital organs and limbs intact. You become a combat hero out of necessity or instinct. If you are not scared risking your life, especially when you are doing it on somebody else’s behalf, you can’t really be a hero. Only a psychopath relishes facing death so he can kill another human being. Think Rambo.

I’m not saying that people who talk about their war are phonies. It’s how they talk about it. My father-in-law, now deceased, talked a lot about his experiences in World War II, particularly about being there in 1945 when Americans successfully took the Ludendorff Bridge spanning the Rhine River at Remagen before the Germans could destroy it. However, he mostly talked about other soldiers and their various exploits and antics. Despite the dire circumstances, most of those stories were cushioned in bittersweet humor and a genuine affection for those men with whom he served. About the only thing he said about himself was how he was launched several feet skyward courtesy of one of the detonated explosives the Germans had rigged on the bridge.

His was, in effect, honoring his comrades—some of whom didn’t survive the war— by bearing witness. He was there, like the omniscient narrator in a novel, telling their story, not his.

That is typical of the true heroes who were in the thick of the fight. They either don’t talk at all or they talk about everyone around them but themselves. They recount very human, personal stories, keeping these characters alive in their own way.

When I was in high school my biology teacher, Ken Millard, was a giant of a man— an imposing 250-pounder. The word was that he had been a German prisoner of war who, by the time his camp was emancipated, weighed something like 90 pounds and was so malnourished that only the most immediate and comprehensive medical attention enabled him to survive. Nobody would have known any of this had not there been witnesses to his capture and subsequent survival. If he talked about it at all, it was only to a small group of veterans who had been with him in the heat of battle. He balked at sharing his story for publication because, in his eyes, there was nothing heroic about survival itself and he had, in a sense, failed in his mission.

He was not ashamed of being captured, because he had no recourse. Both he and his ammunition were exhausted. Yet he did not feel the need to gain in stature or recognition when others who served with him had lost their lives. He would have been mortified had he been represented as a heroic figure, though he clearly was.

Another local WW II veteran, Howard Kerr, seriously wounded fighting the Japanese on the Marshall Islands, finally relented to recounting his harrowing experiences, but it took a lot of convincing over several years. That’s just the way these guys are.

I’m sure there have been many legitimate heroes in Iraq and Afghanistan, but just putting on a uniform doesn’t make you a hero as some in the news media gratuitously proclaim. I don’t know what a hero is any more, but I know there aren’t as many of them as ordained on the nightly news. Doing the right thing doesn’t make you a hero. It just makes you a better person.

(Editor’s Note: I wrote the above shortly after I retired as a newspaper editor, columnist and reporter exactly 10 years ago, so that’s why it may sound familiar if you read my weekly commentary back then.)