Getting into Wars Easier than Getting Out of Them

Getting into Wars Easier than Getting Out of Them 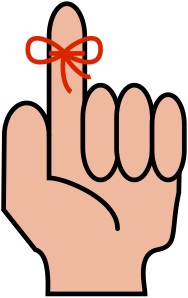 Why can’t we remember the lessons of getting in and out of wars?

We’ve had a tough time getting out of other countries’ wars, and we still haven’t figured out how to do it effectively. One option is not getting involved in these hostilities in the first place, either as advisors or combatants, but that’s not the American way. It’s become even worse as we sink deeper into the War on Terrorism, which is really the enemy we’ve been facing with dreading expectations in the first two decades of this century.

It is clear that we should have had a game plan for the Afghanistan withdrawal of the past week so it wouldn’t end as horribly as this one. I agree that 20 years doing most of the fighting in someone else’s war should be enough to get them trained, weaponized and stabilized as a government. Now most of the weapons we provided are in the hands of the Taliban as the troops we spent two decades training cut and run with minimal resistance. It’s easy to say the Afghans are getting what they deserve, but that’s not fair either. I admit that I don’t understand the complexities of the recently deceased democratic government there or the nuances of Afghan culture and religion, so there is always a risk of oversimplifying what is right and what is wrong.

I do know that when you pull out of a war, you need to do it with as few casualties as possible. Obviously, the Biden administration and the Pentagon should have been better prepared and had all kinds of resources, military and civilian, on alert to evacuate Americans and imperiled Afghan allies, especially women, unfettered in a more progressive environment, who will assuredly be tortured and killed once the Taliban settles in.

If any country should have learned lessons about getting out of wars, it is ours. We saw it in Vietnam and, in a sense, we’re still seeing it in Korea where we have been holding on to one half of a country with our own troops and ROK (Republic of Korea) soldiers continually on the alert. By the way, unlike Vietnam and Afghanistan, the ROKs are highly regarded and would be most likely to hold their ground if Americans ever leave. Then again, the North Korean military is well trained and on the threshold of being a nuclear power.

One of the questions, if we are to continue fighting and training oppressed countries, is do we want it to be like Korea, where we may never leave, or like Afghanistan where we must eventually leave them to their own devices? Then there are the dual questions of when we should commit ourselves to fighting someone else’s war and when should we turn over the fighting to them.

Of course, there is our continuing faith in achieving other outcomes where everyone lives happily ever after, excepting the hostile, terroristic and blood-thirsty invaders, of course. Unfortunately, the happily-ever-after narrative is seldom, if ever, achieved. Motivations of old, like stopping the spread of Communism have been replaced by stopping extremists dedicated to converting the world to a religion that had no room for tolerance and allows violence, even death, against those who don’t follow the rules as interpreted in their holy writs and sacred text.

As we have come to learn, looking back at history, more people have died in the name of religion, notably causes they believe to be justified by their religious beliefs, than for any other reason. When religion is translated into superiority, that belief allows you to rationalize the most heinous acts. Certainly, with the Japanese during World War II, it was an extreme adherence to Shinto that led to an ultra-nationalism that transformed soldiers into rabid killers and even convinced many that killing themselves to advance the cause of war would get them into their version of Heaven. It could be argued that the Confederate States were able to justify God being on their side in the Civil War, because they could interpret the Bible as condoning slavery. Most slaveholders saw themselves as dedicated Christians and believed that scripture supported them with text like “Servants, be obedient to them that are your masters…” The Old Testament was particularly helpful then, and, as far as the New Testament, Jesus is not on the record denouncing slavery. That was good enough for most.

The sad truth is that, in every war over the centuries, God’s support has been claimed on both sides— whatever form each side’s God takes. It is the overwhelming motivation of terrorists out to destroy what they see as a sinful and decadent United States where women flaunt their faces, of all things, and its citizens are allowed to practice conflicting religions without penalty.

But the issue with Afghanistan and Vietnam is how do you end wars that seem unlikely to be resolved with a clear winner?

The ends of war are often the beginnings of others. The classic example is World War I, which supposedly ended with victory for the allies — the good guys— and was boastfully proclaimed to be “the War to End All Wars.” The problem was that many conservative Germans and disgruntled war veterans, sincerely believing they were on the threshold of winning that war, could not accept a humiliating loss. The penalties of their capitulation provided the salt that made the wound of defeat unbearable to many and, within a decade, a mustachioed corporal named Adolf Hitler was on his way to sparking another world war. Victory over the Third Reich and the Japanese led to a stressful Cold War and a pervasive nuclear threat. And so it goes.

Germany goes 0-for-2 and the good guys win again. That’s the way war should be. Somebody wins and somebody loses and, fortunately for all of us today, we were always on the winning side, and we have the freedoms we enjoy today.

As for the disturbing scramble in Afghanistan, it another example of not learning from our mistakes. We’ve been there before, forced to pull out of another country’s war or deciding we’ve already invested too much in lives, munitions and money without the results we hoped to achieve. And yet we still haven’t learned how to get out of these messes.

The Biden administration is responsible for not having a contingency play in place with the Pentagon to ensure that Americans and Afghans who supported us did not end up at the mercy of the Taliban. From here, and as something of a Monday morning quarterback, it seems to me that plan should have been ready to go and already in force when the withdrawal of our troops was announced.

It is another example of failing to learn the lessons of history. In a way, we were mired in a war we were winning, or at least holding our own, for 20 years, but, like Vietnam, it will be the final days that will be etched into our collective memory.