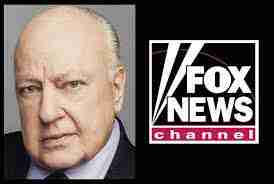 The whole thing is insulting. In fact, it’s deranged. And we’re not playing along. This is the only hour on an American news channel that will not be carrying their propaganda live. They are lying, and we’re not going to help them do it. —Tucker Carlson, FOX News Commentator on why his network did not cover the opening prime time hearing of the January 6 Committee.

What else should we expect from FOX’s Trump posse, especially after testimony under oath revealed that Trump played them like a finely tuned Stradivari. Well, maybe not so finely tuned. More like a clunky banjo with a couple of broken strings. Trump and FOX teamed to make money hand over fist in promoting the “Big Lie” that Trump was somehow cheated out of his rightful victory after being officially trounced by seven million votes. That’s a whole lot of ballot mules dumping votes on Biden’s behalf into the repositories of thousands of precincts. That’s a tale in itself—a very tall one— considering that the inept Democrats were portrayed as Machiavellian masterminds.

FOX opted not to cover the ominous and revealing testimony that came out in round one of the hearing (they reluctantly joined in the coverage the following week.) Not only that, but they went into a self-imposed abstinence from commercial breaks throughout the two hours of testimony. Why? So viewers might not be tempted to change the station and learn what really happened on January 6, 2021.

FOX, which previously touted the slogan “Fair and Balanced,” emerged from the November 2020 election that deposed their partner in crime with the slogan “Standing Up for What’s Right.” Both of those self-inflated views of its coverage prove that they are not unfamiliar with big lies. And “crime” is not too strong of a word for Trump’s greedy swindle, taking money from donors that, it now appears, is not being spent on so-called election integrity as he has claimed. It appears some has already been funneled into his business ventures, with some seemingly earmarked to help fund his 2024 run for president.

For starters, Carlson claimed “they are lying” before any witnesses were sworn in, apparently in expectation of word getting out that testimony would reveal FOX was complicit in spreading the word of a stolen election on Trump’s behalf. How many times do we have to learn that some of the people closest to Trump tried to tell him that there was no way he won?

FOX mouthpieces, notably Carlson, Sean Hannity and Laura Ingraham, are all on record pleading to the White House via texting to stop the madness that was taking place during the harrowing hours after Trump set a mob loose on the Capitol to sabotage our imperfect but reliable democracy. And, within hours after that, the network was championing the unfounded (and still so) rantings of the likes of Rudy Giuliani, Mike Lindell, the pillow guy, and conspiracy hawkers and enablers at FOX itself. There was so much to gain in milking millions of willing believers who had succumbed to the cult of personality that continues to surround Trump.

Gone are the days when the major network news at six, eleven and at the start of the day seemed sufficient to keep us informed. Many adults under thirty probably have no memory of those halcyon days at all. The beginning of the end came on October 7, 1996, with the birth of FOX News under CEO Roger Ailes, a Republican political strategist with media experience at NBC, presiding over the news operation owned by Australian business tycoon Rupert Murdoch.

It marked the first time a national news network had deliberately targeted conservative Republican viewers, with Baby Boomers, the oldest of whom had just turned 50, among its most ardent supporters. The network name comes from Murdoch’s purchase of that former powerhouse of cinematic fiction (Star Wars and Alien to name two in the top ten) 20th Century Fox. FOX Broadcasting, its three letters capitalized for stylistic reasons so it could stand with other news acronyms like ABC, CBS, CNN and MSNBC, is an asset of 20th Century Fox.

And then Along Came the Right Candidate…

One of those adoring Boomers was a former Democrat, pro-choice advocate and supporter of Bill and Hillary Clinton. As the new millennium unfolded, he would become a Republican obsessed with FOX News. Donald Trump took that obsession with him to the White House, and the feeling was mutual at FOX, with Ailes becoming an advisor during Trump’s 2016 presidential campaign. However, by the time Trump moved into the White House, both Ailes and the network’s biggest star, Bill O’Reilly, had reluctantly fled the fold, succumbing to allegations of sexual misconduct by multiple female co-workers and subordinates. Ailes died suddenly on May 18, 2017, but his influence at FOX lives on.

This was the frontier of creative journalism, which included news merchants on the far left and right. It was not enough to report what was going on. News seekers were handed a menu that strived to get the news that comfortably fit the beliefs of targeted viewers. For FOX News it was to politicize everything accepted as scientific or historical fact by liberals, basically Democrats, and a dwindling number of moderate Republicans. This included climate change, a.k.a global warming, as in, “Then how come they had so much snow in Minnesota?”

It was a tactic adhered to by FOX News anchors in reporting the day’s events, especially politics, and nothing reflected this more clearly than its coverage of the pandemic and subsequently the aftermath of “Stop the Steal” uprising. The lines between news and commentary had already become so blurred during Barack Obama’s two terms that fact and opinion were becoming indistinguishable.

The problem was that the consequences of COVID were suddenly happening in real time, not something like global warming that would only be provable decades from now when the East Coast was underwater or historical confirmation that what happened on January 6, 2021, was a work of fiction.

Regrettably, this influenced other cable news networks who borrowed from the FOX formula . Yet nobody did it better than FOX, which became the most viewed news network in America. Trump set the tone that FOX News so reverently followed in covering the virus when he stated repeatedly that “we cannot let the cure be worse than the problem.” The problem was a serial killer on the loose. The strategy was not to get so preoccupied with the virus that we drag the economy down, along with the lifestyle to which we’ve all become so accustomed,

Eventually, even Trump was belatedly calling for serious measures like social distancing, travel restrictions and ratcheting up production of ventilators and face masks. Yet FOX News was still in denial about the plague overtaking the land and led the movement in transforming Dr. Anthony Fauci into a villainous figure for recommending masks and jabs. Once this killer virus was somewhat tamed, the attitude was almost as if it never happened and that Fauci was part of the problem and not the cure.

FOX’s Sean Hannity, who defies all definitions of a journalist, was introduced and ballyhooed by Trump at his political rallies, which continued nonstop throughout most of his four years in office, coming abruptly to a stop because his self-proclaimed “tremendous rallies” were defying his own social distancing guidelines Hannity, at around the same time, was preaching about “scaring people unnecessarily” and dismissing COVID-19 as “a new hoax,” a term that Trump himself parroted even as the virus ramped up its assault.

It was in mid-March 2020 when an independent poll by Survey 160 and Gradient Metrics revealed that Republicans were more likely to believe the pandemic was exaggerated, even fake news, and that people who favored FOX News as their chief source of information in the previous 24 hours were much less likely to take the pandemic seriously than other Republicans.

Now we’re learning that the self-proclaimed voice of conservative America was again bearing false witness — this time about who was truly responsible for the insurrection on January 6, 2021. It may go down in history as an act of treason committed by a President of the United States—with a lot of help from his Friends at FOX.