For Those with a Longing for Length

For Those with a Longing for Length 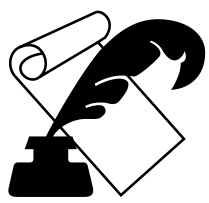 Looking at some legendarily long words that will give you writer’s cramp.

I have to confess that the unrelenting, verging on overwhelming, abuses of political power have left me in a temporary state of dumbfoundedness. Now that’s a long word, unrecognized by my spell-checker and even in some dictionaries. But it is legitimate and means being dumbfounded or amazed to the point of being unresponsive, flabbergasted or gobsmacked. My spell-checker doesn’t recognize the last one either, but my dictionary does. Even computer software has its limitations— until the next update anyway.

So, assuming the condition is temporary, I thought it would be fun to revisit a topic I have discussed at length during the halcyon days before being exiled from expressing opinions in a community newspaper. When I say at length, I mean it literally.

America is the land of opportunity and unlimited horizons. We celebrate a vastness that is also beautiful and promising, unlike the antiseptic starkness of Mongolia or the desolation of Siberia. Bigger is not necessarily better when it comes to the words we choose to use, but that doesn’t mean we’re not impressed by them.

When I was a kid we were all amazed by what was said to be the biggest word in the dictionary— antidisestablishmentarianism— all 28 letters and 11 or 12 syllables of it, depending on whether you considered “ism” as one or two syllables. Then the movie, “Mary Poppins” came out in 1964, giving birth to supercalifragilisticexpialidocious, boasting 34 letters and 14 syllables to become the longest word to beat. It was clearly made up just to be a very long word that fit splendidly into a song that kids and adults delighted in singing. The Sherman brothers who wrote the song swear it was one they remembered from their childhood, but it really has no meaning, other than a word you use when you can’t think of another word.

To bring some perspective to the topic at hand, the third paragraph of this essay contains 183 letters, equaling the longest word accredited to a work of literature. It appeared in a Greek comedy and referred to an ancient food dish. I’ll spare you (and myself) typing it in its entirety because you wouldn’t be able to pronounce it. Plus I know how weird long words look, squeezed and hyphenated in narrow news columns when reported in newspapers and magazines.

Antidisestablishmentarianism is a legitimate English word meaning “opposition to disestablishment of the Church of England (or any nationalized religion).” Granted we seldom have the occasion to use this word in conversation but that is beside the point. It allows us to feel smart to be able to spell such a mouthful of wordage. You spell it just like it sounds. In other words, if you can say it, you have a good chance of spelling it. That is also true of supercalifragilisticexpialidocious, and you have a song to help you sound it out “even though the sound of it is something quite atrocious…”

Using songs to help us learn longer words has always been effective. Several generations of children learned to spell “encyclopedia” that way and Sesame Street has long combined music and spelling as a learning too1.

The same can’t be said for pseudopseudohypoparathyroidism, which is reportedly the longest word in a standard dictionary, though it more properly belongs in a medical dictionary. Its meaning is very complex pertaining to parathyroid disease, and the repetition of first two syllables seems a bit unfair if you give points for originality.

Then there is this town in Wales comprised of 58 English letters— Llanfairpwllgwyngyllgogerychwyrndrobwllllantysiliogogogoch—  and a lake in Massachusetts with 45 —  Chargoggagoggmanchauggagoggchaubunagungamaugg. Try pronouncing, let alone spelling, either of those. The letter g is repeated 15 times in the latter, which has to be another record. Out summer vacation in northern Vermont a few years back was along the shore of Lake Memphremagog, which seemed a challenging word to pronounce and spell at the time.

James Joyce was Irish and his writing was full of colloquial dialogue. There were words he apparently made up interspersed among novels like “Ulysses,” “Finnegan’s Wake” and “The Dubliners” like poppysmic and peloothered. I know those words aren’t particularly long, but I’m just setting the stage for the most undecipherable (and longest) word ever written by Joyce: ababadalgharaghtakamminarronnkonnbronntonnerronntuonnthunntrovarrhounawnskawwntoohoohoordenenthurnuk.

I think I got that right, but my spell-checker wasn’t much help there. Okay, I cut and pasted it or I would never have come close to replicating that one. It’s not really a legitimate word anyway. It is supposed to represent the sound of a clap of thunder after the serpent enticed Eve in the Garden of Eden.

There are words in science and technology that put most of the preceding to shame. A word has to have a meaning and be continuous with no spaces or hyphens between the letters therein. There is a word in chemistry that contains 189,819 letters, according to Wikipedia, and by typing “n” in a steady stream of 12-point type in a basic Times font, it would accommodate at least 75 letter-sized pages — the equivalent of about nine months of weekly blogs of this length. Try to keep the hyphens out of that one.

Apparently that word is so long it has never been published. That is understandable. Why I took the time to type the letter “n” 189,819 times may seem silly and time consuming, but, in my defense, I typed a block of 100 and then cut and pasted 1,898 times. Such is my dedication to research. I must state for the record that any word that has never been published shouldn’t qualify as a word.

Now the longest published word— and you’ll have to take my word (and Wikipedia’s) on this since I’m not going to type this one out either— is 1,909 letters. That, too, is from chemistry, which tells me science isn’t playing by the same rules when it comes to creating new words.

I prefer shorter words that explain fairly familiar objects. Take the sphygmomanometer, which is the gauge used to measure your blood pressure. Then there are unique words like dermatoglyphics, which at 15 letters is supposedly the longest without any repetition of letters. It contains every vowel but u, and its missing ten consonants include the inevitable q, w, x and z. Although it may not be in many dictionaries, it is the study of the configurations in the skin of your fingertips, palms and soles of your feet.

The Guinness Book of Records once had a category for the longest person’s name but discontinued it some time back when it appeared people were starting to saddle babies with ridiculously long names to break the record— something akin to child abuse. For instance, one of the last record holders carried the burden of 746 letters in his name. That included a last name of 594 letters and 25 middle names.

Word is that his friends just called him Skip for the 742 letters they got to ignore.

And thus concludes my wordy journey into the vocabulary of the long, lengthy, elongated, extensive, protracted and prolonged. Even with all the prodigious words in this essay, the average word length is just a hair under five letters. And guess what four-letter word appears in this essay 37 times? Take my word for it.