Fair and Square Voting Critical for All of Us

Fair and Square Voting Critical for All of Us 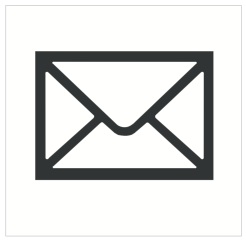 Mail-in ballots: Failure of both parties to step up and make everyone’s vote count would be election dereliction.

From what I remember from my high school social studies and history classes, voting is more of a privilege than a right. That’s how it came across to me anyway. The truth is that it was both: a right under our Constitution and a privilege because, as the world’s most respected Democracy at the time, every adult citizen allegedly had a voice.

The main restrictions today are age, citizenship, residency requirements and, of course, being registered to vote. It’s the least we can do to be part of the process of electing every candidate from school director to president.

Sadly, many lifelong U.S. residents lived and died in these United States with neither the right nor privilege to have their say about who represented them in local, state and national government. That contrasts with so many who chose not to vote— almost half of voting age Americans, with younger adults being the most negligent. While some marched and risked assault, arrest and imprisonment just for the right to vote, others have casually gone about their business and let others participate in the democratic process.

We forget that this country was a democracy for 132 years— 33 presidential elections and the administrations of 28 presidents— before women, who have always outnumbered men in number (a 6.6 million advantage today) could vote. Women were truly a minority that was actually a majority.

Blacks, most of whom were recently emancipated slaves at the time, did get the right to vote right after the Civil War, although Southern states made it difficult for them by instituting what were known as the Black Codes and other barriers during the so-called Reconstruction. Despite the initial leniency of the reunified U.S. government toward our former enemy, the Confederate States of America, the latter were not so generously inclined toward the race of people they had held in bondage dating back some 200 years.

Voting for blacks became cluttered with obstructions, including qualifying or literacy tests that, in many cases, were almost impossible to pass, muting their voices in the electoral process. It took the Voting Rights Act of 1965 to clear many of those barriers that should have been assured in the last of the Reconstruction amendments, the 15th. Then came the Civil Rights battle that continued, with peaceful protest greeted by violence. Unfortunately, this summer of discontent has seen too many peaceful protests escalate into violence, sabotaging the initial message and, in doing so, allowing some to shrug off the purpose of the protest.

The states still control who votes and how, as long as there is no provable discrimination based on gender or race. You can be a blithering idiot and enjoy the privilege of voting, which may explain why some people get elected.

The Constitution does not empower us equally when it comes to voting, leaving it up to each state to decide “times, places and manner of holding elections.” We like to think everyone is encouraged to vote to ensure a fair election so the true voice of the people is heard. Yet when discrimination rears its ugly head, some states have found innovative ways to restrict and restrain targeted voters. It is the vote tally, not voting itself, that tends to be the root of most election controversy. Remember the hanging chads? How about the gerrymandering of voting districts by the prevailing party over the years that allowed, on occasion, popular vote winners in presidential elections to end up losing via electoral votes?

Can you imagine deciding who our President would be with a voice vote in public? That’s the way they did it over the first 50 years in the United States, with Kentuckians voting that way as late as 1891. With the exception of  Kentucky, which probably didn’t get the word about who won until it was time to vote the next time, it means that they essentially elected and re-elected Washington (twice), Adams, Jefferson (twice), Madison (thrice), Monroe, Quincy Adams and Jackson by voice vote.

There was obviously no privacy when casting a vote in those early years. Campaigning was allowed on the premises, typically the county or city courthouse, where a judge took each vote after the respective male elector swore his identity on a Bible and assured that he had not voted before. I’m assuming an honest scribe was delegated to accurately record the results, but that may have been a perilous proposition in itself. The consumption of alcohol was embraced, along with the ensuing ribaldry and carousing one might expect in such a setting. Mail-in votes would have been unheard of. Forget about an absentee vote if you couldn’t make it to the courthouse on that date. Well, maybe the judge would give you a break.

What could go possibly go wrong with that process?

Then sometime around the mid-1800’s paper ballots and ballot boxes were the norm, indicating some degree of privacy. It was rather primitive at first with voters writing down the candidate of their choice on a piece of paper. Misspellings and illegible handwriting were accepted if not documented.

From there it progressed to printed ballots with the names of the offices and respective candidates provided by either the local printer or newspaper, which were often the same. The handwriting dilemma had been mostly resolved, but the political parties would often print and hand out their own tickets as the ballots with just their candidates listed for each office.
The ballot system remained pretty much the same from the latter 19th Century and through the 20th Century. In fact, it is still used today, although technology has played a major role in how the votes are counted.

Mail-in or postal voting, which includes absentee ballots, has been fairly common since the 1930’s. It has been expanded since the 1960’s for voters who might be out of state or country or for convenience due to age, infirmity or transportation issues and again in the 1980’s to allow voting before election day and other modifications. The absentee ballot was first used so Union soldiers could vote during the Civil War. Confederate soldiers had their own President at the time. He didn’t get to be re-elected.

Voting machines ruled throughout most of the 20th Century and the original, most popular and longest used model, the Automatic Voting Machine, was said to have more moving parts than an automobile. As complex as these machines were inside, they were relatively simple to operate, using small levers next to each candidate. They weighed several hundred pounds, were very expensive and continued to be used extensively into the eighties. They actually inspired voter confidence and were seldom criticized for malfunctions or voter fraud. However, behind the scenes they had the capacity for major miscounts, and they could be easily rigged if someone sought to do so.

Punch card voting read by computers followed, and even though generally accurate, there were scandals here and there, including the Gore-versus-Bush vote count, starring the hanging chads, in Florida.

Touch screen technology has potential but also proved to be potentially disastrous. The 2016 presidential election, as we now know, was influenced when Russian hackers targeted electronic voting machines in 21 states. It seems the most trusted technology continues to be ballots read by optical scanners along with mail-in voting. The truth is that something can go wrong with any voting system that is expected to collect and count millions of ballots and provide results by dawn’s early light after the polls close.

If we really want a fair election in November, I believe we must work together in a bipartisan approach, make sure it is efficient and fair and quit whining about voter fraud and conspiracies. In the words of one of our most astute philosophers, “Git ‘er done!”