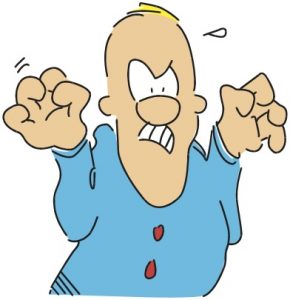 Sometimes the simplest demands can turn a man into a monster.

Because the mask has become so polarizing, the extreme reactions aren’t really about being asked to wear one for an hour. It’s about communicating what side you’re on. — ProPublica, October 7, 2021, “We’re Losing Our Humanity and the Pandemic Is to Blame”

In a well-researched October 7 article for ProPublica, Sarah Smith takes a fascinating look at how COVID-19 has turned Americans against each other, notably on the importance, even constitutionality, of wearing or not wearing masks and getting vaccinated. Wearing a mask puts you on one side and refusing to wear one on the other. That’s the boundary line. Cross it and it seems you are making a political statement instead of a health decision.

As for vaccinations, once desperately sought to save us from the killing pandemic as emergency rooms and funeral parlors began doing too much business, it is not immediately evident whether you are pro-vax or anti-vax. You don’t walk around with a hypodermic needle protruding from your arm. ProPublica, by the way, is the place to go for nonpartisan investigative reporting on politics, government, business and social institutions which include churches, schools and even families. ProPublica is a fact-finding nonprofit supported by donations whose efforts to report abuses of the public trust are not beholding to any special interest, either liberal or conservative.

For those who see science as propaganda for liberal causes, it is probably too late to convert you into a believer in the miracles of science. It is true that science has been used for propaganda, as in the Nazi claim that Aryan superiority was scientifically proven, but that’s junk science much like some of the weird conspiracy stuff we’re seeing on the Worldwide Web. But to discredit legitimate and proven science because it is something you don’t want to believe in is, well, ignorant. I didn’t want to believe in algebra, but that didn’t help me pass the tests.

The dividing line is obvious, and it started taking shape more than a year ago. A Pew Research Center poll released on June 25, 2020, told us that the majority of Republicans (61%) believed that “the worst (of the pandemic) is behind us.” Seventy-six percent of Democrats polled, in contrast, believed that the worst was yet to come. Of course, the death count at that time had a long way to go before the 725,000 we’ve reached to date, but it intimates the onset of a political division that will lead us to where we are.

In September of 2020, the percentage of Americans who said they would receive COVID-19 vaccinations when they became available took a sharp drop —72% to 51% — when compared to those who felt the same three months before. Most of that drop came from Republicans who had been converted into unbelievers in vaccinations and their effectiveness. At the same time, we’re seeing a growing movement not just to disavow masks but taking an aggressive stance against them.

That was not the case in that June 25th Pew poll in which a solid majority of both Democrats and Republicans did not feel people should face (pun intended) criticism for wearing a mask. That attitude flip-flopped in a year.

“So the next time you see someone in a mask on the sidewalk or bike path, do not hesitate,” Carlson advised. “Ask politely but firmly, ‘Would you please take off your mask? Science shows there is no reason for you to be wearing it. Your mask is making me feel uncomfortable.’”

This is, of course, a reversal of the “Do you mind wearing a mask?” request that so irks anti-maskers. Carlson, with that view, was setting science back more than a century. Even during the Spanish Flu pandemic of 1917-18, they knew wearing masks did slow the spread of the virus. Unfortunately, a world war and spontaneous victory celebrations at its end negated some of those gains. But, other than that, the citizenry did take it seriously, despite lack of attention from President Woodrow Wilson, and the death count ended at about 600,000 with no vaccine coming to the rescue. It came down to wearing masks and keeping your distance, regardless of Carlson’s misguided appraisal of their effectiveness.

When Former President Donald Trump, at an August 2021 rally in Alabama, finally relented to advising his followers that they should get vaccinated, he was booed. It was the first, and, as far as I can tell, only time he experienced their vocal displeasure at one of his rallies. After all, it was he who, in the critical early months of the pandemic, shrugged off mitigation advice for so long because the virus would, as he first predicted, just go away. It has become apparent that the resistance to vaccines and masks is out of control of even those who nurtured this anti-science attitude in the first place. It’s like the mad scientist who creates the monster, which then runs amok on the population. This monster, however, is something within us that shows up at school board meetings.

What’s Everyone So Upset About?

And so the mask has become a rallying cry for both sides, because it’s either on your face or it isn’t. Wearing a mask is seen by many on the right as an erosion of those personal freedoms to which we are all constitutionally entitled. We’re also entitled to receive protection of our public health and safety, which is supposed to be monitored and enforced at the state level. The same arguments for and against masks and vaccinations are repeated over and over, and despite all the yelling and screaming, there is not any dialogue that might lead to a greater understanding of what can be done. We’re doing the same thing as citizens and members of a community that they are doing in Congress, sticking to the party line with no regard to the facts or, more importantly, what’s best for all of us.

It’s sad and puzzling that reaction to mask mandates have become irrational and violent. For this whole mindset to form, we can’t accept the person on the other side of the issue to by human like us. They are not sensitive enough, smart enough, patriotic enough or tough enough. One person’s wimpy mask wearer is another’s sensitive protector of the health of others.

Masks have instigated brawls on commercial air flights, motivated parents into beating up teachers for requiring their kids to wear masks, increased assaults of health care workers and an unprecedented number of assaults on retail store employees by disgruntled customers in protest of mask-free rights.

“When people feel that their attitudes reflect strong moral convictions, that gives them permission to dehumanize those who oppose them,” said Linda Skitka, a psychology professor at the University of Illinois at Chicago quoted in the ProPublica report. “And it doesn’t take a lot for the shift into perceptions of good and evil. So if the other side is basically evil, it’s not a far stretch to say it’s OK to yell at them.”

I’m prepared to wear a mask if a restaurant or grocery store asks for one, and when a sign tells me I don’t need to be masked if vaccinated, I try not to think about how many of those barefaced folks in there with me are sharing their germs. By the way, if I have a choice between going into a store where employees wear masks and one where they don’t, I’ll choose the former. Why? Because it tells me they are willing to risk losing some business because they care about their employees and their customers.