Escape from Curse of the Maskless Servers

Escape from Curse of the Maskless Servers 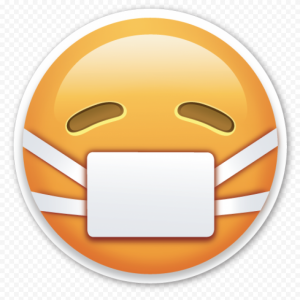 Mask: For some the most obscene four-letter word.

My wife, Mary, and I met with a long-time friend and his wife at a familiar meeting place roughly halfway between our home and theirs just outside of Harrisburg. That was in late August. My friend, both of whom Mary and I have known since we were kids, is immunocompromised due to several health issues and his advanced age. He is among the more highly susceptible to COVID, and we’ve had to keep our distance for well over a year.

I’ll call them Ken and Barbie.

Prior to the pandemic it was a trip we made several times a year. There was plenty to catch up on. We hadn’t physically communed in some time because of the pandemic, but all four of us had been fully vaccinated for several months.  Additionally, Ken had already joined those in the first group to receive the then newly available booster shots, described in a Mayo Clinic report as “a reminder to your immune system.”

Naturally, they have had to be more careful than most, but they come from an environment where, unlike some areas of our rural county, people pay much more heed to requiring vaccinations for people in the services industry and, yes, even the wearing of masks. At last report, an abysmal percentage of the residents in my rural county — barely 37 percent —have received at least one jab. Our risk level is rated “very high.” At the same time, parents are protesting their kids having to wear masks to school as a violation of their Constitutional rights or, for some, the claim that masks are ineffective. I’m no constitutional scholar, but I can assure you that the Founding Fathers, in piecing that continually threatened document together, never once debated the pros and cons of wearing masks. It seems what some are really demanding is the right of their kids to infect other students who then take it home and infect parents and grandparents, two-thirds of whom are apparently unvaccinated in my county. History and science tell us this is not the right course to take, something even the parents should have learned in school.

And this sad situation persists in pockets of population, often rural, even as things are starting to look better nationwide, or so we’re told, in terms of new cases and COVID deaths. It’s nice that after about 715,000 deaths, more Americans are taking this seriously. We are, after all, a very competitive nation, and maybe we were just hanging in there to top the Spanish Flu national death toll in 1918 (675,000). Okay, folks, the contest is over. Let’s start taking this seriously and stop blaming politics. Politics are not reality. We should have all learned this by now.

As for an apparent majority of locals I might meet in stores and at community events, the good news is that most of these folks tend to live a comfortable distance from the rest of us.

But I digress. Back to Barbie and Ken.

So we all enter the establishment masked, are shown to our table and, once seated, unmask as has been the custom over the past crazy year since the return to public dining. We notice most of the servers in the spacious establishment are not wearing masks. A couple are. The server who comes to our table isn’t. I see Barbie twitching a bit and glancing around after receiving the menu. Upon the return of the server with salads, the following conversation between Barbie and server ensues.

Barbie: “I see you’re not wearing a mask. Have you been vaccinated?”

Server: (No longer smiling.) “Well, that’s personal. I don’t have to tell people that.”

Barbie: “What do you mean?”

Server: “Because of HIPAA I don’t have to tell people that.”

She was alluding to the Health Insurance Portability and Accountability Act, which has nothing to do with restaurant employees and patrons. It refers to patient confidentiality within the healthcare system.

Barbie: “I guess that means you haven’t been vaccinated.”

Server: “I’m just here to take your order. That’s my job. Not telling you about my personal habits.”

Barbie: (Shrugging off what appears to be a combative stance) “I see a waiter wearing a mask. Could I request having him wait on us if you prefer not to?”

Server: “You’ll have to ask the manager.” (Departs)

Ken exits to talk to the nearby hostess who escorted us to our table. He returns looking relieved and says the hostess sees no reason why we can’t have a server with a mask. In a matter of seconds, a clearly angry woman, who turns out to be the manager, stomps over to our table.

Manager: (Also sans mask) “We don’t have a policy here about our people having to wear masks! That’s up to them, not us.”

Ken: “We’re just asking for a waiter with a mask.” (Continuing quite pleasantly) One just walked by. Our server, I gather, hasn’t been vaccinated and she apparently won’t wear a mask.”

Manager: “I’m afraid I can’t do that. We’re short on manpower and can’t get enough help if we make them wear masks.”

Barbie: “I, as a customer, can’t request that the person waiting on us wear a mask?”

The manager leaves without comment and returns a few minutes later.

Manager: “I’ve consulted with my superior, and all I can tell you is you can leave if you find our policy objectionable.” (Walks away)

We leave. At least we didn’t have to pay for the salads we didn’t get to eat. On the way out, Ken and the manager exchange loud unpleasantries as a waiting line of prospective diners look on. I get the feeling that this is not the first time she’s dealt with this issue and that they should have come up with a better game plan this late in the game.

The Founding Fathers (who were all guys, I understand, or we wouldn’t be able to call them that) did take into consideration the government’s responsibility to protect the public health through the 10th Amendment. Their big mistake, as we now see in states like Florida, Texas, Georgia and Montana, was giving states the authority “to take public health emergency actions, such as setting quarantines and business restrictions.” Even with that so-called authority, they seem hard-pressed to get all businesses to comply. It has become a political position, rather than a matter requiring common sense and concern for public safety.

When I go into a restaurant or retail store where a mask is requested, I don’t look at it as an infringement of my rights. I respect the owner for safeguarding the health of his employees and customers.

Since when have vaccinations and masking with proven effectiveness in curbing serious illness and death become a matter of convenience or personal opinion? That wasn’t the case with polio and, before that, smallpox in more trusting times.

The conquering of smallpox, which first devastated Colonial America with an epidemic in 1633, began when the recently approved lifesaving vaccine was mandated by law in Massachusetts in 1855 to immunize all young children before attending school. The efficacy of the shot was impressive, but with success came complacency and then downright skepticism. Despite mandatory vaccinations and general acceptance of the need for them, there was a 1933 outbreak of smallpox in Muncie, Indiana, blamed on low vaccination rate. Thereafter, public schools throughout the United States were requiring smallpox vaccinations, and it appeared the contagious variola virus would soon be history.

But, as we can see with COVID, it didn’t take long for success to breed contempt when, in 1922, several cases were brought before the U.S. Supreme Court opposing compulsory vaccinations. The most publicized case was in Texas (Where else?) where city ordinances in San Antonio required a vaccination before a child could attend public school. When a student named Rosalyn Zucht was excluded from attending “for failure to present proof of vaccination,” the rejection was brought before the nation’s highest court as a violation of due process under the Fourteenth Amendment. It was dismissed but as a precursor of opposition to mask requirements 100 years later, there was a wave of opposition to compulsory smallpox vaccinations throughout the 1920’s. In one instance, an armed mob drove a medical team out of the Delaware town of Georgetown, when they attempted to vaccinate residents there.

For the most part, Americans have trusted medicine and science with vaccines for measles, yellow fever, typhoid, rabies, polio and other perpetrators of deadly epidemics. A century as passed, and we’re still fighting for the right to resist time-tested modern medicine.

What about the right to be protected from the ignorance of your neighbor?