Emails from the Trumps to a Real Patriot

Emails from the Trumps to a Real Patriot 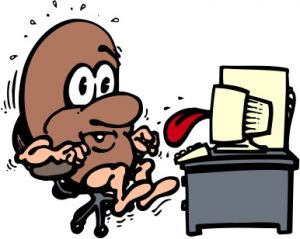 Do you really love me or is this the end of our budding bromance?

I usually wait until Wednesday for my weekly blog, but I have some exciting news to share and I couldn’t wait. I had to get this on record before my 15 minutes of fame runs out.

You see, I am apparently very important to the Trump family and several of their closest confidants. Go figure. The President asks about me a lot, even though he is apparently somewhat disappointed that I have not reciprocated in kind.

Witness this and other revelations in the ensuing emails over the last 10 days of April alone. Apparently, Donald, Donald, Jr., Eric, Lara (Eric’s wife), Sarah (Huckabee Sanders and former press secretary), Newt Gingrich and the rest haven’t heard the news that I switched parties after the 2016 election. Don’t tell them, because it’s nice getting emails from people who care— even if they seem to be after my money. That’s another thing their crack campaign organization doesn’t seem to know. I have no money, because I worked for newspapers for four decades.

I suddenly realized that I just mentioned three reasons why the Trumps shouldn’t like me: I worked for the news media, I am now a Democrat and I have no money.

I missed my opportunity to, among other things, be dubbed as a member of the Official Trump VIP Club. I was also offered a spanking new, fresh-off-the-assembly-line Keep America Great hat I could proudly wear despite our loss of prestige and respect in just about every country in the world but Russia.

All I can say is it’s impossible to keep something you’ve lost, especially an entire country. Your only option is to get it back before it is too late. It seems like only a few years ago that our allies included England, France, Germany and Japan. Of course, we had to whup the last two in a world war with a lot of help from the first two. Who would have thought that, thanks to our slumping international image, Germany would rank higher in both popularity and credibility in the global community than the United States of America?

As for the hats, think of all the masks they could have made. You could just cut off the last word so it would say, “Keep America.”

I am also ashamed to admit that I missed my chance to join with my newfound friends (it’s like an extended family) to sign a birthday card for the First Lady who turned 50 on April 26th. I understand she noticed, despite those thousands of signatures, that my name wasn’t there. I feel bad. She is still not speaking to me, but I do appreciate all her efforts on behalf of her favorite cause, anti-bullying. She might want to say a few words to her husband on this subject. Just a suggestion.

Oh, yes, and I also lost the opportunity to receive an Official Trump 2020 Gold Card. There was even a picture of the gold card with my name— Wes Skillings— with that familiar, slashing Trump signature that makes John Hancock look like an introvert.

So, just in case you don’t believe I am regarded by the President himself as a great patriot and supporter, the following is just a sampling of our online bromance that are still in my email in case you are skeptical. I didn’t get to respond, so I’ll offer some comments in case they see this.

The first is from the president himself…

Let me be clear. Since the day I took my famous escalator ride in 2015 to announce my presidential campaign, the Democrat harassment, Fake News attacks and blatant lies have never been about me…

Their target has always been about YOU.

The Liberal Swamp hates the idea of people like Wes from Pennsylvania being in charge of America, and there’s no line they won’t cross to prevent that from happening.

Me: Thanks, Mr. President. I appreciate the promotion. I consider it an awesome responsibility being in charge of America. Does this mean you get to fire me?

We’re collecting answers from Patriots around the Nation, and President Trump has specifically requested that we reach out to YOU.

Me: Thanks, Junior. Didn’t get to complete your attached survey. You wouldn’t have wanted to see my answers. However, it is nice to be needed.

From the campaign team…

You’ve been identified as one of President Trump’s TOP supporters and we wanted to reach out… He knows that you’ve always been one of his strongest defenders from the very beginning… The President will be reviewing the list of Deadline Donors later tonight. Will he see Wes on it?

Me: You will not see Wes on it, but don’t tell me.

Wes,
I just got off the phone with President Trump. I don’t email you often, so you know this is critical.

Me: Sarah, we’ll have to start meeting like this.

Have you missed me? President Trump is counting on you to help us CRUSH our goal, and he’s asked me to let him know the moment that you make your contribution.

Me: As to your first question, the answer is no. And the check is in the mail.

Wes,
I am so proud of my father.
Day after day, he continues to work to Keep America Great on behalf of the American People.

Me: You’re a loyal son and I hope sheltering in place has not been a financial burden for you. I’m thinking it’s not too late to make America great AGAIN. Hey, that would be a great slogan.

This deadline is too important to sit on the sidelines. The President needs every patriot to step up.

Me: I promise I will step up. I know who I’d like to see on the sidelines.

Did you hear the news, Wes?
Sleepy Joe Biden just racked up some new endorsements for President of the United States.
First (and shortest), Mini Mike Bloomberg endorsed Biden.
Next, Crazy Bernie was forced to drop out and endorse Biden.
Then, Cheatin’ Obama (after waiting 355 days) endorsed his former VP, Biden.
After that, Nervous Nancy endorsed Biden.
And just yesterday, Crooked Hillary endorsed Biden.
The Liberals are uniting behind their pathetic candidate to try and take me down, and more importantly, to take YOU down.

Me: Thanks, bro, you always knew how to raise the quality of political discourse. Mini Mike?  Maybe but Many More Millions than Most, including you.

Newt Gingrich, Former Speaker of the House and author of “Understanding Trump”…

Wes,
Every day I continue to be astounded by the accomplishments of this President.
In all my time in politics, I’ve never seen the Radical Left work as hard to discredit a President as they have with President Trump.

Me: I confess that he astounds me, too. Did you know a newt is a water breeding salamander with weak legs?

Wes,
Well, that didn’t take too long.
First, the Democrat’s Russian Collusion Delusion FAILED because WE fought back… I’ve activated an urgent 2020 PRESIDENTIAL DEFENSE FUND and I’m calling on my fiercest and most loyal defenders to step up to the front lines of this nasty battle against the Left and FIGHT BACK.

Me: Collusion delusion? I like it, but it is way too creative for to come from you. Who is really writing this stuff?

As of May 1, I have apparently lost my status with Fox… I mean Trump and Friends, as evidenced in this email from the man himself on the last night of April:

Lara emailed you.
Sarah Huckabee Sanders emailed you…
And now I’m emailing you. Again.
Each day, my team has given me an updated list of Patriots who have contributed to help us CRUSH our critical April End-of-Month Goal, and each day, I’ve noticed YOUR NAME is MISSING.

Me: That’s the last time I trust the U.S. Mail. My vote will be in the mail, too, in early November I hope.

Note: Obviously, my name somehow got on a list as a backer of Donald Trump or financial supporter of the Republican Party. Neither is true, but guess what? Today, May 1, President Trump emailed the following to show he hasn’t given up on me: “Since you’ve been such a loyal supporter in the past, you were identified as one the few Patriots who the President wanted to extend the deadline for.” Life is good!