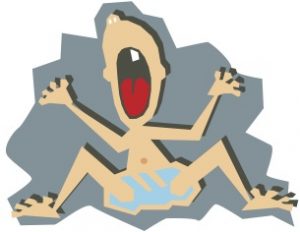 Wailing in the White House won’t help bring us together.

I must confess I resisted following the blow-by-blow coverage of the presidential election, which required much of last week to project a winner. My attitude was just let me know when it is all over but the shouting. Well, the election part is over, anyway. As usual the shouting, better described as wailing, comes from a president who fears becoming something he detests above all things— a loser.

It seems inconceivable that it would come to this, that so many would echo the president’s unfounded claims of election fraud and attack on a democratic process that has withstood world wars, a crippling depression and a Civil War dividing us into two nations, each with its own president. Whatever you think of Donald Trump, he appealed to a disenfranchised segment of Americans, many of whom never had an interest in politics or voting. They responded with flags and banners of allegiance that adorned their homes for almost four years of his presidency. I expect many of them to stay up well into the Biden administration as evidence of their pride in supporting this political outlier.

In a way, it is fitting that Trump was president during this year of the pandemic. He is like the virus itself, striking down those in his path and drawing them into a close embrace with illness and death as they cheer him on. We may even be experiencing the onset of his second wave of infestation. Whatever happens from here, it is not going to bring us closer together.

Crazy stuff. Five or six years ago, I could never have imagined such a scenario here in what have become the not-so-United States of America.

But I’ve said just about everything I care to say about Trump over the weeks and months. Anything else about the man himself and his character, or lack thereof, would be redundant and repetitive. His behavior since the projected victory of Biden has merely reinforced the worst things about him, as well as that inexplicable loyalty from those who adore him.

There was one thing that resounded with this election and the one before it. Neither may be remembered as decisive, but they were definitely divisive. The Democrats didn’t do nearly as well as they might have expected with a candidate for president winning both the popular and electoral majority. The Republicans seem on the verge of retaining their advantage in the Senate, and the majority of Democrats in the House has eroded.

Interestingly enough, the House and Senate votes were scanned on the same ballots as those for president so it must have been a selective kind of election fraud. It seems you can cheat in undercounting the votes for the President but still declare Republican winners in the Senate and House. If the Democrats or some force at their behest could actually do what the election fraud crybabies say they did, why not make sure Mitch McConnell and Lindsey Graham lost, too? While they were at it, why not secure a clear Democratic advantage in the Senate?

Despite high hopes of unity, it may be just a continuation of the entrenched politics of which we’ve become so accepting, whatever side you may be on. It has been stressful for all of us.

Now I don’t have a problem with a division of political power— checks and balances, if you will. Such protections are healthy— as long as partisans on both sides are willing to reach across the aisle, negotiate and legislate for the good of the people. If they choose to remain entrenched, refusing to concede to the opposition, we’re back to square one. In that event, we all lose.

I’ve never understood this obsession with political parties and how each demonizes the other. There is an amazing number of registered voters in my red county who vote straight party ticket year after year, election after election. I covered elections here over almost four decades, and the sheer number of straight-party ballots has always seemed excessive to me. It doesn’t seem to matter what kind of a person the candidate is, regardless of qualifications or flaws. They vote with no hesitation for whomever represents their party. Yes, I went for Biden, but, as usual, voted for candidates from both parties on my ballot. They happened to be running for the state Senate and state House.

It’s About Voting for the Person, not the Party

Some may ask why, if I was so opposed to Trump, I would vote for Republican incumbents who failed to step up and repudiate his behavior. My response is that it isn’t all about Trump. You also have to consider who your local legislators are and who is running against them. Yes, it would have taken courage on their part, I suppose, but it would have been political suicide in a Republican-dominant county. Constituent service and bringing economic incentives back home count for something, too, and you have to be reasonable.

If that incumbent or candidate blatantly runs as a Trump minion, they’re making Trump part of their campaign and that changes everything.

My chief concern when pondering the results of this election is that everything has to be far left or far right, when there is a whole bunch of room in the middle. That’s where everything gets done, and the failure of Democrats to make a statement against extremism, especially with a moderate presidential candidate, hurt them with voters longing for conciliation in their legislatures. Republicans, conversely, were seemingly as disinclined to sidle a step or two away from the right as Democratic Senate and House candidates were from the left.

“We’re not going to be able to govern from the extremes or from the fringes,” said Louisiana Congressman Cedric Richmond during the still ongoing post-election coverage. “Never have been.”

An example cited of this extremism, on the part of Democrats at least, was defunding the police. That’s an extreme view from the liberal side and used by Republican candidates, including the president, to great advantage. Historically, going back to the revolutionaries of the 1960’s, this has meant the abolishment of police departments as we know them. It is indeed extreme language first elucidated by left-wing agitators like the Black Panthers. There are still proponents of that extreme view on the far left. What it really meant in the wake of the Black Lives Movement was redistributing spending for police budgets to include more funding to essential social services, mental health care, housing, employment, youth programs and education.

The extreme language, which was simplified to imply no more funding for police and, by extension, no more police period, elicited an extreme response from the other side. That included dark melodramas in campaign ads of innocent victims overwhelmed by unseen criminals and terrorists in the parking lots of their workplaces or the previous inviolability of their own homes. Extremism relies on hyperbole and scare tactics to transform adversaries into enemies.

We have to communicate in language we all understand, if that is possible. I’m not sure it is, but if we aren’t speaking the same language, even a president who pleads for unity is not going to be enough to heal this widening rift which, if split apart, could extinguish the freedoms in our democracy that once seemed indestructible.