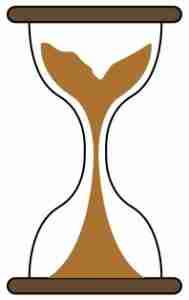 As with human triumph and celebrity, the sands of time eventually run out on us all.

I was just a young reporter, still in my twenties, when I met Homer Baker.  He was well into his 82nd year, had been blind for more than half of his life and he was living in a sparsely appointed room in the Williamsport YMCA. His vision began to desert him when he was still in his twenties and was totally extinguished before he reached the age of 40. His sightless world was brightened by shining memories of his first 25 years when he could run like the wind. And run he did in both the United States and Europe.

Homer Baker was the fastest half-miler in the world 108 years ago this year. In fact, 1914, at the age of 21, was his greatest year as a runner. It was also the year that inaugurated World War I, the “War to End All Wars.” Berlin was to host the Olympic Games of 1916, and he was the favorite to win the gold in the 880-yard run. However, the war in Europe would cancel the Olympics that year, and by 1917 Baker’s failing vision was creating difficulties for him on the track.

I didn’t know all of this about Homer Baker when, as a reporter in Williamsport, PA, somebody tipped me off that there was this elderly man living at the Y who was once a national champion. He was more than that. Nobody in the world ran the half-mile faster than Homer Baker all those years ago. When he returned from a 1914 European Tour, vanquishing the British record holder, A.G. Hill, who had been regarded as the best middle-distance runner in the world, he was nicknamed “Mercury Foot” by the New York Times.

“Baker made a clean sweep of the athletic events in which he competed while in Europe,” trumpeted the article celebrating his triumphant return. His performance in a meet in London against Hill, who would win both the 800- and 1500-meter events in the 1920 Olympics, was hailed by the Times as “a magnificent race.”

He ran for the New York Athletic Club. His coach opted not to send Baker, who turned 19 that summer, to the 1912 Olympics due to his lack of experience, though his times were up there with the eventual Olympic medalists. In 1913 he proved his mettle by becoming the national half-mile titlist, cruising to victory in the 880 in the championship meet held at Chicago’s Grant Park. He defended his national crown in 1914 before embarking on his vaunted European tour where, in Oslo, he triumphed before the King and Queen of Norway who granted him a private audience.

You don’t expect to meet people who have made history living alone and virtually invisible at the local YMCA, which is one of the great things about being a newspaper reporter. You never knew where the next story would be.

I was some 55 years his junior when I met Homer Baker, who addressed me as Mister Skillings. He had a keen memory and could describe all races, opponents and times from six decades before. This was 1974, and three years later, on Thanksgiving Day, he died in a nursing home. I had visited him the evening before and had apparently been his only visitor during his final days.

I became his lone confidant, because no one else wanted to converse with this blind, frail old man who just wanted to talk to someone and share memories in a world where nobody cared about his accomplishments anymore. I may have reacted the same, but, once I confirmed this guy was for real, I spent many hours in conversation with him. I can’t say I always welcomed his calls that continued for weeks after my article was written. I confess I was often tempted to cut him short and make up some fib about having something else to attend to, but I hung in there. There was something about this lonely figure that made me refrain from abandoning him. I’m glad I didn’t. He had nobody else, and I had shared his few years of glory with the 45,000 readers of the Sunday newspaper I worked for then. For the first time in decades, people were paying attention to him, if only briefly and in disbelief.

Aside from his track exploits, he was something of a celebrity throughout the 1920’s—a man about town who hung out with movie stars. One of them was his first cousin, Clara Bow, a Roaring Twenties Flapper and actress known as the “It Girl,” who appeared in 27 silent films and eleven talkies. She was named the top box office draw in 1928.

The story I remember most vividly from Homer Baker’s memories came during that European tour of 1914, but it wasn’t about a track meet. He had learned about the outbreak of World War I while in Oslo and, despite the dangers, decided he’d compete in the next event on the tour, the Celtic Games in Glasgow, Scotland. The train ride would take him through Germany, however, and he would find himself pulled out of the train in Stuttgart and, standing outside a railroad depot there, wondering if he’d ever run again.

An imperious German officer who seemed to answer to no one, approached him and said in rather good English, “I’m going to stand you right here!” Then leaning closer he advised, “Don’t run. I’ll see you through.”

Baker couldn’t help but note his conspiratorial tone, but he feared the officer may be toying with him. He had been naïve enough to take the train through the Germany of Kaiser Wilhelm II, into the clutches of the Huns, as their enemies called them, that had just invaded Belgium and declared war on Russia and France. His only friend was this German officer who seemed to hold his fate in his hands. So he stood there for hours in the scorching sun, his luggage, money and identification taken from him. He was wearing his track uniform under his clothing as underwear.

It was around Aug. 17, and although the U.S. was neutral at this time, most of the American athletes had been advised to return home from the soon-to-be-aborted tour.  In fact, he was not with the returning track standouts despite the Aug. 24th New York Times headline (“Athlete Homer Baker Returns”) that assumed he was with the group. Instead the hours in the sun had parched him, but he abstained, following a hard fast rule on the tour not drink the local water. The one thing that kept his hopes alive was the officer returning now and again to offer his assurances.

“I knew you would be here,” he would tell the young American, and then he was gone.

Occasionally, civilians would be escorted away, and he had no idea where they were taking them. His imagination and thirst were playing upon his fears. When it seemed the last drop of moisture had escaped his body, what he first thought “a floating mirage” came into view. It was a vending car with sausage sandwiches and pump beer. He ate and drank, and though not a beer drinker, he vividly described it as “the most welcome thing that ever coated my throat.”

It would be the last food or drink for the next few days, but, not long after that, a long train pulled in and the German officer was soon at his side, escorting him to the train and slipping something in his pocket as he assisted him on board. The man who would become an enemy of his country had returned gold coins taken from him. Three days later he was in London, and from there he took the rails north to Glasgow where he would win the last half-mile race of the most memorable summer of his life.

And so a chance tip 48 years ago about a blind old man staying at the Y remains fresh in my memory long past the 100th anniversary year of Homer Baker’s remarkable feats. I learned that he did have a daughter and whatever family she had as survivors that he hadn’t seen for years. I don’t know what tragedy was behind that, but I understand she was contacted about his impending death. It not soon enough to visit him during his dwindling minutes of consciousness before reaching the finish line of his celebrated and lonely life.