Defining America through a Fanciful Past

Defining America through a Fanciful Past 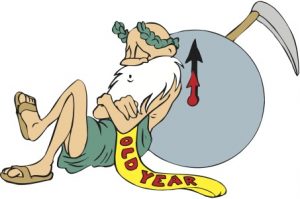 Sleeping through the present while dreaming of a sitcom-portrayed and idealized past.

Several Februarys ago, during our return drive on what has become an annual winter excursion to Florida, we were intrigued by signage along I-77 North hawking the Andy Griffith Museum in Mount Airy, NC. We were briefly tempted to check it out. It wasn’t so much our interest in Griffith himself, star of a pair of major television hits over the years — Matlock (1986-1995) and, before that, the Andy Griffith Show (1960-68). Ben Matlock was a common sense, folksy lawyer and Andy Taylor a small-town sheriff among an ensemble of nonthreatening, likeable comic characters in the fictional town of Mayberry. After some preliminary Googling at a lunch stop just off the Fancy Gap Exit some 20 miles from Mounty Airy, I was intrigued to learn that Mount Airy was blatantly posing as the fictional Mayberry and, in doing so, making a killing with thousands of tourists flocking there each year to bask in the simple lives depicted in that show.

It was a time, many believed, when people were kinder, gentler and a whole lot happier in Mayberry, which to many it seems, was America as it is supposed to be. It was among the most popular viewing fare of the 1960’s. Those were my coming-of-age years, from the ages of twelve to the threshold of twenty-one, where I enjoyed growing up in my own small town, and culminating with a year in Vietnam, compliments of Uncle Sam. Some of those years of my youth were not so different from life depicted in Mayberry. I even had my own Floyd the Barber in the village who told me to leave my baseball cap on as he buzzed off any semblance of hair below it.

I considered making the trip to Mayberry, I mean Mount Airy, that day along I-77. Not because I was drawn to returning to better times, but I was curious why so many people regarded this with such affection. Reruns of the show are still funny, often heartwarming, with Andy, Barney, Opie, Aunt Bee, Goober, Gomer, Ernest T., Thelma Lou and all the rest tickling our funny bones and warming our hearts. There are even life lessons, with Andy, a single widower father assisted by his Aunt Bee in bringing up a young son as they confronted, and usually resolved, the mysteries of peer pressure, selfishness and even death as Opie (a.k.a. Ron Howard) aged from six into his teens. But things never got too serious, and any upsets in their lovely lives were resolved in a half hour, including commercials, with plenty of laughs along the way.

Since Mayberry was in North Carolina, with a history of KKK violence against blacks and lynching and other anti-black mob violence continuing into the 1940’s, you might expect a few lessons in racism there. There may have been platitudes about equality in a plot line here and there, but there was only one black person with a speaking part in the history of the show. During the eight years of the Andy Griffith Show, we, as a country, were almost overwhelmed by assassinations, riots and civil rights demonstrations, notably the Freedom Riders in the South (North Carolina included) and the Selma-to-Montgomery March in Alabama known as “Bloody Sunday.”

I’m not proposing a cancel culture thing on old TV shows for not reflecting the seriousness of the times. Mayberry was an escape from reality then and remains so now judging by the tourist invasion there. We came to know these characters better than we know people who are customarily a part of our lives.

We escaped to Mayberry too, as we did to other rural comedies at the time, and that included Green Acres, Beverly Hillbillies and Petticoat Junction. In a way, they had value because they helped preserve our spirits as only humor can, counteracting the negativity of the nightly news and allowing us to nourish pleasant dreams about better things to come.

We found the yokel humor of Gomer and Goober funny and even the drunkenness, which was clearly alcoholism, demonstrated by Otis Campbell, the town drunk, who had a reserved jail cell where he would sleep off his inebriation. He was seemingly harmless and always good for a laugh as he took a comic stand against sobriety with observations like: “I don’t trust my own judgment when I’m sober (hic).” Times have changed. Drunks aren’t funny anymore.

Picking apart old sitcoms because of one-dimensional characters and unlikely plots persists even today, but, again, it’s all about escape into the past where political correctness was a nonentity. I pick on fictional Mayberry because of its tremendous popularity today, mainly because so many mistakenly remember it as the way things used to be. The contradiction of this was brought out by Ted Koppel, journalist and commentator, with a 2021 visit to Andy Griffith’s boyhood home and a museum in his name in Mount Airy, resurrected as Mayberry and the way, as some admirers believe, things should be.

It’s one thing to find relief in fiction, escaping real life for a half-hour television show or a two-hour movie, but something else to turn fiction into real life by believing in a world that never was. What Koppel found on his excursion to Mayberry on behalf of a feature aired on “CBS Sunday Morning” was a resistance, not only to the way life used to be, but what we are living through now.

“What started with those general questions wound up evolving into one of the most striking TV segments of the year,” reported Emily Yahr in the Washington Post of that television moment, “as Koppel was visibly taken aback by the fierce nostalgia for a time and place that literally never existed — and how it connects to the misinformation that has infiltrated America’s politics.”

What started out as a pleasant slice of Americana suddenly reminds us of where we are and where we have been in a year that started out with insurrection on January 6 and a violent attempt at overthrowing an election and, in a sense, our democratic system of government. It was an embarrassment followed by denial and pointing the finger of blame at imagined enemies. Just as this town was adopted as the real America by many of these tourists interviewed in the piece — one of whom dismissed the United States as “a Godless society” and, looking around, depicted where he was as “back when neighbors were neighbors, and they provided for everybody else.”

Was he talking about Mount Union or its transformation into a place that was only real in television reruns portraying lives imagined by writers and portrayed by actors more than 50 years ago?

Of course, not all of these visitors to fake Mayberry were there because they equated this place with real America or as an antidote to the evils they perceived in society. Some came to check out the sights and scenes like any other tourist attraction, as I had considered doing that February day in a restaurant booth just off I-77.

The crowded tourist trolley which, like the Mayberry Squad Car Tour, carried the eager tourists, mostly fifty and older, to places like the alleged boyhood home of the late Andy Griffith, born in poverty there. The trolley stops include Mayberry Replica Courthouse and the Andy Griffith Playhouse. The Mayberry Spirits Whiskey Distillery Tour, perhaps in remembrance of Otis, the town drunk, is also one of the attractions. It was on the trolley that only two people raised their hands when Koppel asked how many felt Joe Biden won a fair election.

The responses were discouragingly familiar and perhaps should have been expected from people who came to a fanciful place to discover the authentic soul of America.

One stated that the attempted overthrow of the U.S. Capitol was “staged… by BLM (Black Lives Matter) people.”

“Look how many dead people voted for Biden,” another proclaimed as others nodded in approval.

“I don’t understand why they’re focusing so much on that one issue (the Jan. 6 insurrection), when there are so many cities being burned down every day by protesters,” rued another.

Others repeated theories on election fraud and massive duplication or destruction of mail-in ballots. It took a tour guide to end the discussion by pointing out that “we just want to be good neighbors and treat everybody alike. And that’s why they’re coming here.”

The is applause with most of the passengers shouting, “Amen!”

As we enter another year, there are those who argue that we shouldn’t acknowledge the bad parts of American history like slavery and how we treated Native Americans in taking over their land. Perhaps this is why we have created a culture of people who would rather live in a world of fantasy, whether it’s Disneyland or Mayberry, than accept what we have become.