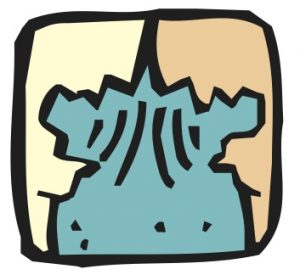 I’ve always been a devotee of fact checking, especially in the political climate that has overwhelmed us since the political campaigning that prefaced the 2016 presidential election. It wasn’t just the presidential candidates themselves, but the congressional races where everything was divided into us-versus-them rhetoric and the campaign ads were replete with exaggerations and lies. Social media was a traffic jam of people who didn’t know what they were talking about telling everyone else how stupid they were.

We now know that the Russians were spreading lies and conspiracy theories that tended to make anyone ever part of the Obama administration look like bumbling idiots at the least and evil manipulators at worst while the fake stuff made Donald Trump in particular look good. That’s a fact, but it was never established, despite some strong circumstantial evidence, that the beneficiary of all this fake news was actually conspiring with a nation that has been our avowed enemy since Stalin and Khrushchev through Brezhnev, Gorbachev and now Putin.

Meanwhile the falsehoods and fake news ratcheted up when Trump and Hillary Clinton became the respective Republican and Democratic nominees. You could see the whole process going off the rails with childish name calling and false accusations galore. It only got worse after the primary election campaigns. At times it didn’t seem real, and I made the following observation in. March 2016 blog: “It’s as if politics itself has become reality television, which means it isn’t real at all.”

If anything, President Trump has picked up the pace of prevarications in Tweets and from his rallies and interviews. The ads for congressional candidates in this election year are as fake-based as ever, exploiting fears about crime and rioting as evidence of what’s to come when, in truth, it is already here. I’m not the decider of truth and lies, fact and fiction. I refer to the experts, nonpartisan fact-checkers who spot the falsehoods and then detail, step by step, the real facts that defuse the lies.

So in the wake of all of this, after confirmation of Russian interference and a flood of lies and fake news on social media, there were a lot of promises to clean all this up. Each morning in the summer of 2020, I woke up with the realization that nothing had changed. Actually, it is, in many ways, worse. We’re told we probably can’t stop Russian meddling and it is a challenge to separate fact from fabrication on Facebook, Twitter and elsewhere. Their efforts of separating the lies and offbeat conspiracy claims revolve around algorithms and metrics. By the time a warning is issued by a real human, it has been picked up and passed on by literally millions and forwarded to websites, reported in blogs and resurrected as fodder for cable TV.

So fact checking is more important than ever, but it falls on deaf ears to many who no longer know who to trust because of all the misinformation swirling around us. The mainstream media has been dismissed as fake news, creating an atmosphere among those who live in Trump’s La La Land to regard anything unfavorable about him or his character as part of a movement (directed by liberal extremists, of course) to discredit him and oust him from office. It is now all about the next election and so-called public servants keeping their jobs by not straying from the party line.

Unfortunately, even fact checking is being dismissed in these quarters as part of this elusive and improbable anti-Trump conspiracy. As Trump himself summed it up at a rally this week: “They make this stuff up.” And the crowd roared in approval, because you know how “they” can be.

We’re Suffering from a Deficit of Trust

So everything, except what Trump says, is made up. Many Americans are in a position of not knowing who to trust. We’re all locked in our positions and views of what is or isn’t true, fair and morally right. We can’t get together and unite, even during adversity, as Americans have traditionally done. Why? We have divided into camps and we’re at war with each other. It has reached the point that neither side is going to budge from its position, whether it is loyalty to the president or perception of him as a dangerous villain.

There is no middle ground anymore, and that’s where I always felt I belonged. When was the last time a politician of note was described as a moderate? We’re either far-right conservatives (a.k.a. Republicans) or far-left liberals (a.k.a. Democrats), and never the twain shall meet. It doesn’t matter if you are a Democrat who voted for Trump in 2016 or a Republican who didn’t.

In the view of a far-left liberal who still regards himself as a moderate and believes we have to learn to trust again, character is still important. We need decent people of good character and morality in the White House as well as the county courthouse. Character is important, and one of the measures of that is truth telling. Lying is a human frailty. We’ve all done it. In biblical terms, it is known as “bearing false witness.” Bearing false witness is not necessarily a synonym for lying. You can lie to spare someone’s feelings, even to evade confessing something personal that is not criminal or immoral and does not damage the reputation and integrity of another.

The Christian Broadcasting Network, which espouses a conservative Christian perspective, equates bearing false witness to slander, which, by extension brings unfair harm to reputation, even to the administration of justice in a democracy where it is defined as a criminal offense (perjury). It means speaking unjustly about another entity, be it person, religion, race or organization, which may result in prejudice or judicial harm.

For sake of argument, I’ll regard lying as bearing false witness and state that chronic and continual lying with the aim of harming or denigrating others should be regarded as a character defect. Character should be very important in choosing those who represent us in government. Church leaders who are willing to overlook character because it gives them access to political power are a powerful argument for separation of church and state.

It is becoming more apparent than ever that many Americans no longer care about liars in government, so why not vote for the best— the champion liar?

It is becoming more apparent than ever that many Americans no longer care about liars in government, so why not vote for the best— the champion liar? It is clear that, when it comes to lying, nobody, perhaps in the history of American politics, holds a candle to Donald J. Trump.

This brings me back to nonpartisan fact checkers and how important they should be to those of us who respect the truth— even when it contradicts our beliefs and perceptions. They are only a tool, though an effective tool, in exposing the lie and the liar. According to the PolitiFact, Pulitzer Prize winner and part of the nonprofit Poynter Institute: “Fact-checkers are helpers, not saviors, in the information wars.”

You can also check out Pro Publica, another nonpartisan fact-checker. At PolitiFact you’ll  see that in his brief political career, there have been 849 fact-checks of Donald Trump, with 51 percent of them deemed False (35% or 300 checks) or “Pants on Fire,” (16% or 167 checks), which means total fiction.

You can fact-check this yourself. It’s a good habit to get into.