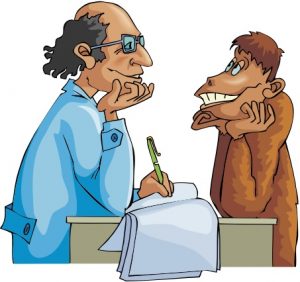 Brainstorming with his conspiracy theory consultant.

So why is everyone so caught up in blaming conspiracies for everything from the wearing of face masks to the existence of a small group of very powerful men who are orchestrating the pandemic and will do the same with the upcoming presidential election?

“Conspiracy theories contribute to an increasing pollution of the information environment, a distrust of expertise, scientists, and the very idea of truth,” says Peter Knight, a professor of American studies at Manchester University who is a conspiracy theory expert.

Leave it to a British chap to give us a concise explanation of the dangers of conspiracy theories at a time in our history when we should be all in this together, with some vestige of trust, so we can present a unified front instead of one that is increasingly fractured.

Conspiracy theories often gain momentum on the dark web, a real place which seems mysterious and dangerous to most of us. Its content is encrypted, often depicted as being populated by evil characters intent on destroying the democratic process and sowing the seeds of distrust. It is dark because we can’t Google it to check it out. Meanwhile, it gathers momentum before popping up full blown on mainstream social media. The dark web is the more sinister segment of the deep web, which is mostly legal, non-threatening information. Much of it consists of our private files on the Cloud, Dropbox and other databases we use to store our personal stuff.

The dark web is the internet version of a black hole in outer space— at least to those of us not into astronomy— and it is really difficult to wrap our stimuli-numbed brains around it. Why? Because of explanations like the following from the California Institute of Technology’s Jet Propulsion Laboratory: “Large black holes can have tens to millions of times the mass of our sun trapped in a point smaller than the tip of a pin!” Say what?

Whatever the origin of these alleged conspiracies, they have become particularly prevalent in explaining, even denying, the pandemic and eroding trust with cries of impending voter fraud. This is especially true in politics and props up the prospect of voter fraud, which is a big conspiracy topic now as another presidential election looms.

Usually voter fraud charges are leveled by losers in elections, but that has never been the case with Donald Trump, the winner in 2016. The margin of victory wasn’t enough for him, because he lost the popular vote by three million votes. Now, with his poll numbers sagging as the campaign heats up in 2020, he is ramping up voter fraud warnings again, particularly for mail-in votes, his own method of voting in the last election.

This might be construed as a reason to keep himself in office whether he wins or loses, but, knowing how important it is for Trump to be the best, the real winner, it may allow him to leave with head held high, portraying himself as a martyr who was the victim of a massive election conspiracy.

The president has a lot of help beyond his own statements and tweets hyping conspiracy thinking to set the stage for whatever happens in November. The social media is replete with examples, though Facebook and Twitter are trying harder than ever to shut down some of the more inflammatory and inaccurate posts and videos. There is freedom of speech to consider, so opinion has to be separated from information itself. If your post or campaign ad says that Joe Biden in not qualified, too liberal or too old, for instance, it may be insensitive but that’s a general opinion. If you say that someone will break into your grandmother’s house and assault her because Biden says he will defund police departments, that’s wrong on both a moral and factual point. First, it is unscrupulous to conclude that your grandmother is personally endangered by Biden, and, secondly, he has clearly stated in his candidacy that he does not support defunding police departments. Obviously, the second makes the first even more offensive.

A Facebook video viewed by more than 350,000 people in mid-July by Terrence K. Williams, a political conservative with 3 million followers, has been applauded by Trump, who called Williams “amazing.” The video assures his viewers that Democrats will burn up their ballots: “If you mail in your vote,” Williams predicts, “your vote will be in Barack Obama’s fireplace.”

That was in April, before Biden became the nominee, so they were already hyping the mail-in voter fraud strategy. It may be hyperbole, but it suggests a conspiracy so deep that a former Democratic president would actually have access to people voting for Trump.

When in doubt, blame it on a rich liberal. For example, various coronavirus conspiracies have been debunked but continue to be disseminated and regurgitated on the internet.

One has Bill Gates spearheading a clandestine group of “global elites” involved in a plot, as reported by the nonpartisan Pew Research Center, “to roll out vaccinations with tracking chips that would later be activated by 5G, the technology used by cellular networks.” Despite being disproved it has gained acceptance by a surprising number of conspiracy lovers.

A Pew survey reported seventy-one percent of U.S. adults said they had heard the theory that COVID-19 was a planned and orchestrated outbreak by powerful people. A third of those respondents said it was “definitely” or “probably” true.

An interesting aspect of conspiracy thinking is that lack of proof or factual verification is often regarded by conspiracy buffs as the convincing evidence, according to “The Conspiracy Theory Handbook” by Stephan Lewandowsky. The argument is that a perfect cover-up, as it would be with such powerful collaborators behind it, will leave zero evidence behind.  Another component of conspiracy thinking is that diametrically conflicting theories only strengthen the case that there is a conspiracy even though in most hypotheses they would tend to disprove each other. For example, the Bill Gates vaccination story conflicts with the theory that it all emanated in a lab in Wuhan, China, but the more explanations lumped together the better sustains a juicy conspiracy.

It’s like a jury finding a defendant guilty of murder of both shooting and strangling a victim even though there is no evidence that homicide was the cause of death. In some ways, conspiracy theories thrive when there is no evidence to support them, especially if the offer a different explanation for an outcome you wished hadn’t happened.

The “19” in COVID-19 stands for 2019, origination year of the virus, just in case the President hasn’t yet learned that. Remember near the end of June when he wondered aloud in a speech to “young supporters”?

He’s had a month to learn it since, but, then again, he had at least four months to learn it before, even if he wasn’t taking it seriously while praising Texas and Florida governors as proof that those states with Democratic governors were overreacting to the virus. Oops! Oh, yes, Mister President, COVID stands for coronavirus disease. As if he’s going to read my blog to learn something. As if he’s going to read anything to learn something.

No, this has nothing to do with conspiracies, but it is a reminder that competency and character should be more important than tall tales about conspiracies.