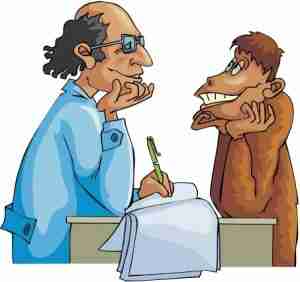 Why are pea-brained horses dubbed as creatures with common sense while more intelligent species are known for the silliness of monkey business and monkeying around?

We hear a lot about common sense whenever disagreements occur nowadays. When someone is cornered to defend some position he or she takes, the source of this knowledge is often credited to common sense.

I’ve explored this topic before, because common sense, judging by what we as individuals choose to believe, is the one thing we really don’t have in common. What is common sense? Who has it? If it is so common, why do so many people have so little sense? Both sides of a political or social issue claim they have it, which means we can’t even rely on common sense to settle most disputes. You can’t learn common sense, it seems, from a book or by taking a college course.

Common sense, according to definition, comes from “shared experience and indisputable truth upon which most of us tend to agree.”

Yet we are all supposed to possess common sense, regardless of our experience. If you are raised by a pack of wolves, would your common sense be even remotely close to that of someone brought up by doting parents who came to all your Little League games?

Yet how many speakers wave off any arguments to their positions by proclaiming, “Well, it’s only common sense.” Chances are it isn’t. The idea of common sense, a phrase that evokes images of simpler times, has really come to mean something that is very reliable and practical. The most famous appeal for common sense was a pamphlet of that name, written by Thomas Paine in 1776, challenging British rule and thereby its authority to govern us. The essay opined that this should be the sense of the common man in colonial America. It turned out there were plenty of colonials happy to be British subjects who regarded this argument as nonsensical.

A more contemporary definition of common sense is “good sense and sound judgment in practical matters.” What makes judgment sound and when does a matter become impractical? It seems that you need look no further than one of the dumbest mammals, the horse, because common sense is also known as horse sense, which implies that you don’t even have to be intelligent to possess common sense. Horse lovers, of course, bridle at the suggestion that horses are stupid based on their brains taking up so little space within their massive craniums. (Horses are not among the dumbest in the animal kingdom, but dogs and cats are clearly smarter than horses, who can’t do much of anything without some human in a saddle pulling on the reins. Okay. I don’t know that for a fact, but I’m going to chalk up that assumption to common sense.)

Some dictionaries go a bit further than the accepted definition, adding that “it is independent of specialized knowledge or training,” which apparently means that learning from a reputable source has little impact on your common sense.

Despite its association with Thomas Paine, common sense isn’t just an American thing. It’s an English expression going back to the 1500’s with which Paine, a transplanted Englishman, would have been familiar growing up. He turned it into an argument to dissuade Americans from abiding government rule by a monarchy an ocean away.

It was seen as one of the senses most humans were born with like sight, feel, touch and a childhood aversion to broccoli and spinach. Common sense was, in its ancient meaning, a wisdom even the unwise possess, and we still treat it that way. We just can’t agree upon whose common sense makes the most sense.

Therefore, if so many of us have this sense in common, why is there so much disagreement? We are told that we all have this common sense inside of us and that it just comes to us when we need it. Say no more. It excludes the need to analyze or deeply contemplate any question because there are certain things we intrinsically know.

These are the truths we hold to be self-evident just like it says in the Declaration of Independence. Do we really share these primary truths anymore? Did we ever?

I think it is safe to say that common sense isn’t what it used to be. Maybe it’s because we now have access to so much information that we don’t have the time or wherewithal to see what is inside of us in its sheer simplicity. We’re just hanging on to the uncommon and too often complicated words of others. Common sense is simple. We just know it is true. Yet nothing is simple about the world today, and so many of us seem to have so little in common that we don’t share anything with anybody, except other peoples’ lives and ideas on social media.

I apologize for this obsession with common sense, but I can’t help myself when I get on a topic and I’ve got a blog to write. Politicians would have you believe that We the People have an abundance of common sense and that’s what makes us true Americans. When you stop and think about it, most of us don’t take the time to study the issues at election time or go much beyond the simplistic pronouncements of political ads. The truth isn’t even a requisite in campaign ads, which is an undeserved gift for political candidates who know a majority of voters won’t take the time to check out their lies.

Many simply adhere to party lines. Democracy allows the majority to rule, though not necessarily by the popular vote in presidential elections, and you might argue candidates in all parties are appealing more to our hearts than our brains. Or is it a few inches south of your heart? Is it the same as that “gut feeling” we occasionally rely on? It makes better sense to go by what’s in your heart than your stomach, because we know where everything in your stomach ultimately ends up.

We think of common sense as a positive thing guiding our lives, something there at our bidding requiring little effort to attain. But think about what it replaces: true knowledge and insight gained from education, contemplation, life experience and expertise.