Blaming the Boomers for America’s Woes

Blaming the Boomers for America’s Woes 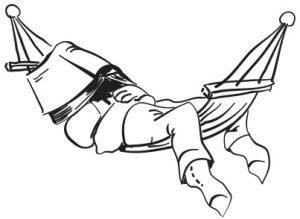 If at first you don’t succeed, just hang around and try not to screw it up.

The boomers inherited a rich, dynamic country and have gradually bankrupted it. They habitually cut their own taxes and borrow money without any concern for future burdens. They’ve spent virtually all our money and assets on themselves and in the process have left a financial disaster for their children. — Bruce Gibney, A Generation of Sociopaths: How the Baby Boomers Destroyed America

We’ve had a lot of fun with one of the generations that came after mine. Namely the millennials, a.k.a. Gen Y. You know who you are. You could be as old as 40 now or as young as 25. You have withstood the derision and sarcasm humor of your elders, and now are the richest and most famous among us. You were the people who went back to live with your parents and were the first to walk around with smartphones as if they were attached appendages. I know, appendages are, by definition, attached, so let’s make them appendage extensions.

Gen-Xers, who are essentially the children of Baby Boomers, have been spared our ridicule. After all, they were — I mean are— our kids, and they could do no wrong growing up before becoming the adults who would produce the millennials we have come to know and mock. My kids grew up without computers, for the most part, let alone those devices that have transformed our lifestyles, forcing parents and grandparents to seek advice from this generation which seemed to have been born with the ability to understand the mysteries of digital technology.

Now, it seems, the Baby Boomers, as we assume the role of goofy elders, are now the targets of mockery we once heaped upon millennials. Our time in the spotlight, as it turns out, was limited. We never really had much of a chance considering what came before us. We started calling them the Greatest Generation. How do we compete with that? Certainly not with an unimpressive moniker like “Baby Boomers.”  It’s like saying we’re just another product of the Greatest Generation who returned from World War II to become the greatest and most powerful nation on the globe.

The best we could do was not screw it up, and it sure looks as if we’ve messed that up too. I’m not so sure we have “destroyed America” as Gibney, an under-40 millennial when he wrote his book in 2017, postulates above. We seemed to have lost our moral compass as a group in the 21st Century, but I think “sociopaths” might be a little over the top.

It’s a bit demeaning, isn’t it, that we are named after the “boom” —make that bada boom—emanating from the flood of heroes who returned from saving the world from the Nazis and the Nips? I’m not trying to be insulting here, but that’s what we called our enemies in the last global conflict, and it seemed fair at the time. Our enemies believed they were the superior race and that some of us were disposable, subhuman and chaff for extermination. If you think the Nazis were nasty, with their death camps and obsession with world domination, the Japanese war machine may have been even more evil. The death toll of American POWs under Japanese care—make that abuse— was about 37 percent, and many who survived torture and starvation would never feel the bloom of good health again.

All I’m saying is that this was serious stuff, the likes of which we have yet to face again. So I’m not resentful that they are regarded as great and we as merely the fruits of their loins upon their triumphant return. Yes, Boomers are the products of another generation and not even regarded as worthy enough to claim our own accomplishments. It’s like always living in the shadow of an accomplished parent you can never hope to emulate.

Baby Boomer is cute and non-threatening, I suppose, but it is also insipid. It was my peers who fostered political correctness and ultimately formed a governmental system that can’t get anything accomplished because we can’t seem to work together and treat each other with respect.

It was war— albeit a necessary one for our own preservation as a democracy— that accelerated the industrial might of the United States to warp speed and brought us to the pinnacle of global leadership. The Greatest Generation returned from saving the world and went about making us the world leader in commerce, science, statesmanship and just about any other attribute of consequence that you can think of. The one bad thing they did was spoiling us.

Why Fight Everyone Else’s Battles?

Most people in small town and rural America where I grew up had never been to college, and one thing they wanted for their children, with postwar prosperity seemingly endless, was that we would have it better than they did. We got to vie for college diplomas and were often, as was my case, the first in the family to do so. There were all kinds of good jobs, generous salaries and access to the American Dream when we became adults. One black mark was our big war—the last one subject to a draft. That didn’t turn out so well, but we could apparently afford to lose that one, though the cost was almost 60,000 lives and five times that wounded. Turns out it was good for the economy, if not for our self-esteem. It should be remembered that it was mostly members of the Greatest Generation running the show who got us into that mess. We were the ones who had to pay the price. Enough said.

So our parents got to work 40-hour weeks, collecting overtime if they toiled beyond; take several weeks of vacation every year and retire in comfort while they were still young enough to enjoy it.  We, their offspring, not only expected that kind of lifestyle—life had apparently become about style, not substance—but felt we were entitled to it.

My generation, despite our advantages, had to work our way up to owning the home of our dreams. We’d get married, rent an apartment and then, after a few years, buy a starter home with affordable payments. We’d live in that for a while, fix it up and then sell it for considerably more than we paid for it. We were flipping houses and didn’t even know it. By that time, with our families started and with a few breaks, we were in the house we would live in through retirement.

When I was in my forties and fifties, I began to notice that young people were buying or building homes that we, the Baby Boomers, hadn’t been able to afford until much later in our adult lives. But that was good, because, like our parents before us, we saw that our kids or, more accurately the kids of our kids, had it better than we did. Successive generations were having it all and having it right away.

Then something happened. Those college degrees were putting people in debt for decades, and those plentiful houses were becoming unaffordable. We’re fighting more wars with no victories and our enemies are lurking among us, hungry to give their lives to take a few of ours. Leaving a country to fight its own battles, as we did with Vietnam, became almost impossible without internal political warfare.

And so it goes, as Vonnegut reminded us. The Greatest Generation is dying off at a dizzying rate, as my parents did about a decade ago, and we, the Boomers they brought forth for a better life (the oldest in their seventies and the youngest pushing sixty), are marching with some trepidation into retirement—our entitlement.

Some of us pause to wonder what we have left our children and grandchildren, but too many are more intent on keeping what we have and making sure nobody takes any of it away.