Blacklisted, Bothered and Bewildered Am I

Blacklisted, Bothered and Bewildered Am I 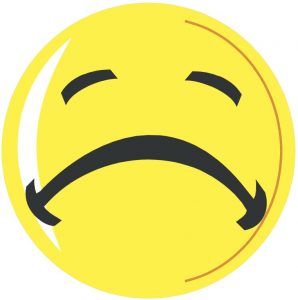 The last few weeks of Wednesday blogs— actually the past month— I noticed that when I posted my blog on Facebook that an ominous message immediately declared: “Blacklisted.” Now I’ve heard of people being blacklisted or banned for spewing nasty, unfounded accusations or crazy conspiracy theories that could be perceived as treasonous or seditious. The latter has become a major issue since the storming of the Capitol building on January 6. It also gave rise to complaints from advocates of treason that social media, which played a role in fomenting the rebellion, was now stifling free speech.

Now I tend to agree that responsible social media should not be allowing wackos, terrorists and Russian bots to promote the overthrow of our democratic government and its inherent constitutional protections. You see, there should be no constitutional protections for those people overtly rousing public support for inciting rebellion and overthrowing the government. It’s like leaving your doors unlocked while spending the entire winter in Florida. When you return, don’t be surprised if everything of value in your home is missing.

I know there are a lot of people out there who believe in the “Stop the Steal” myth, and I assume they have reasons for coming to a conclusion that enabled and abetted the violence we witnessed on January 6. But I’m not sure what else can be said to dissuade such opinions from festering beyond control. If they don’t see the danger in what happened just a month ago, I’m afraid it might take something even worse to change minds.

As far as what this whole blacklisting thing means for my posts, I’ve been trying to get to the bottom of what is behind such a measure on Facebook. I’m not even sure if Facebook is behind it. Maybe it’s a hacker. My Facebook account has been hacked a couple of times with obscene video snippets and other messages sent in my name.

The only time I use Facebook, with the exception of thanking friends for birthday greetings and the like, is when I post my blog every Wednesday. My wife, Mary, monitors the account on Facebook but seldom posts anything but a “like” here and there and joining with various well-wishers applauding the accomplishments of people we know. She is, above all, a positive and caring person who chooses not to get involved in chastising or berating those with whom she disagrees. As for me, I choose not to respond to those who agree or disagree with my weekly commentaries. I’ve been publicly stating opinions, both silly and serious, for most of my adult life, and I respect the right of people to dissent.

So I was thinking that the “blacklisted” label was putting me on some kind of watchlist as being dangerous or as an advocate of rebellion. If anything, I have been a consistent supporter of American democracy, national unity and facing the facts. So further research into blacklisting, banning or being relegated to “Facebook Jail” convinced me that I wasn’t banned or jailed. Pursuing the blacklisting option, I saw that among the main reasons for this included inappropriate tagging, incentivizing people to “like your page,” posting inappropriate images or using copyrighted content. None of that seemed to apply. I saw nothing about voicing beliefs and convictions, but I know Facebook has cracked down on what I’ll generalize as dangerous opinions, including libelous ranting and raving against the actions and views of others.

The blog that immediately preceded the blacklisting had a heading that contained the words “fascism” and “racism.” I wondered if that might have raised some red flags, though it was actually a historical overview of how democracy has been hijacked by fascist rebellions and transformed into dictatorships. And yet it looked like people could still go to the blacklisted blog as before. Or so I thought.

A few days ago, I received a query from a friend who regularly reads the blog wondering why I hadn’t been posting lately. I had been, of course, but the only thing I could advise was to tell him to go to the blog page on my website at Skillunlimited.com and he could see the latest as well as several months of blogs that came before.

So that added to the confusion. Yet it seemed to confirm that the blacklisting was initiated because of an opinion or comment I rendered. There is also the possibility I got turned in by someone. It may seem a bit paranoid on my part, but I’ll believe anything after having my opinion eradicated by what is supposed to be a forum for opinions— a newspaper I once edited.

Facebook and other social media platforms have allowed a lot of enemies of our democracy to get away with all sorts of dangerous crap that range from QAnon conspiracies to fictional COVID fatalities. So if I am about to be digitally handcuffed and hauled off to Facebook Jail, I’m going to have to dig into opinions expressed in the past in an effort to uncover what led to this alleged blacklisting.

Following is a sampling of my dangerous opinions from previous weeks:

√ The Emancipation Proclamation couldn’t erase the prejudices of generations of southerners who had grown up believing all blacks were not only inferior but subhuman. Several hundred thousand soldiers fighting for the Confederacy died as defenders of slavery.

√ So, I wonder, had I lived in the 1840’s and 1850’s in Alabama, would I have been convinced that slavery was morally justified and not just an economic benefit or proof of racial superiority? I don’t know the answer to that, and I keep struggling to understand why people like me, my own ancestors, would have confidently held those beliefs.

√ I knew a bunch of Trump fanatics, a.k.a. traitors and saboteurs of our Democracy, were going to be in D.C. to protest. I expected there would be problems, probably some kind of violence with people vowing to “take back our country” but I could never imagine that they would turn into anti-American terrorists and storm the Capitol.

√ Again, there is freedom of ignorance, which, in itself, is not criminal but certainly a freedom enjoyed by most of us at one time or another.

√ People are drawn to extremism when life becomes too much of a burden, living in poverty, being forced to abandon your beliefs or enduring a life in bondage. One of the most extreme movements in history was the one led by Moses to the Promised Land. Imagine how the mainstream Egyptians felt about the Israelites and their extreme, irrational behavior, but it opened the door to Christianity becoming the most practiced, organized religion in the world.

√ We all have to process what is going on around us, and I find it fascinating that people who seem so much alike can look at the same person and make judgments that are diametrically opposed.

Finally, there was the unpatriotic observation I made as we awaited the results of the November election:

Biden has campaigned by characterizing Trump as an abnormality and “not what America is.” We’re going to find out if he was right or wrong. Just the closeness of this election tells me it’s going to be even more difficult to tell who we really are as Americans.

Stay tuned. I may need somebody to bail me out.