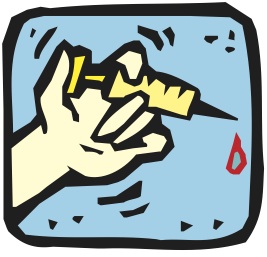 Choosing your medication: Who do you trust?

I still watch the traditional television networks where they include advertising in the programming. Not only do they include commercials, but they claim a huge chunk of an hour-long program. I understand that there are between 15 and 20 minutes of advertising in a typical television hour. You can calculate the percentage on that, but you no longer need to rush to the kitchen to grab that snack during a commercial break. You can prepare an entire meal and then return to your favorite crumb-strewn chair to eat it.

Could that be why we Americans are getting fatter and fatter. We’re pretty much consuming our required 2,000 calories (daily maximum for bodily maintenance) in front of our televisions between 8 and 11 p.m. Others among us fill their bellies in front of their gaming screens, but that’s another story.

I admit it’s a relief to go to streaming channels like Netflix, Hulu or Amazon and enjoy mostly commercial-free programming. There is also the option of skipping commercials or tolerating those abbreviated ads that require only five to ten seconds of your valuable time. Bingeing on streaming video may seem less fattening than bingeing on the contents of the fridge each night. Then again, consider you can pause to your heart’s content and watch your waist expand in real time.

Hawking prescription drugs has become so excessive that viewers are starting to rebel. This discontent with commercial content surfaced several years ago when a 2016 poll revealed that a majority of Americans said they shouldn’t be advertised on television. Prescription drug advertising increased by 65 percent from 2012 and 2016, and the percentage continued to rise every year since. These are known as direct-to-consumer (DTC) ads.

On the surface, it doesn’t make any sense that they are advertising to the patients when the doctors are the ones with the power to prescribe. Apparently, the advertisers of pharmaceuticals are seeing results, which indicates (and I don’t think I’m jumping to conclusions here) that patients are going to their physicians and requesting certain medications and their requests are being met.

“Next time you see a TV commercial for a prescription drug, remind yourself that you know nothing about medical treatment and that everybody who made the commercial had a financial interest in your future behavior,” noted Eric Horowitz in an article in Psychology Today entitled, “How Pharmaceutical Ads Distort Health Care Markets.”

As someone with a prescription for a Type-2 diabetes medication, I am one of the targets for those ads. But I leave it up to my family physician and pharmacist to collaborate on which medication is best for me. Between them they consider the drug’s effectiveness and cost, and supplemental insurance coverage. I’m not going ask the doc to change my prescription because I’m captivated by the colorful hot air balloons in the Jardiance ad or Dire Straits singing “The Walk of Life” for Farxiga.

There is a real issue with the reliability of information in DTC ads, which were virtually nonexistent before the late eighties and early nineties when Big Pharm, as we have come to know the drug companies, concentrated their marketing only on health-care professionals.

We saw something similar in the legal profession when lawyers once considered it unprofessional to advertise, and those who did aggressively chase down clients were denigrated as “ambulance chasers” or worse. Today, even the most prestigious and exalted law firms advertise heavily. Turns out it was a legal issue, of course. Upon closer examination, the real reason lawyers didn’t advertise until 1977 was that there were legal prohibitions against lawyers advertising until the Supreme Court struck down this ban in what is known as the Bates Decision.

Doctors and lawyers, respective guardians of our health and our rights, are trying to make a living like the rest of us. It was the doctors who, in a way, stuck up for consumers concerned about pharmaceuticals taking advantage of them. The drug companies can legally market their products to the consumer despite the growing number of critics saying that the doctors should decide what to prescribe without “being influenced by patient requests.” The American Medical Association has been pushing for a ban on DTC advertising. At the same time pharmaceutical companies continue to argue that patients have a right to know what each product has to offer.

If you listen to what’s being said in the ads while the images on the screen strive to steal your attention, you’ll hear a quickly spewed litany of the potential risks, a.k.a. side effects, of that product. You can thank the regulators of these ads, the Food & Drug Administration, for this precaution for patients. The agency demanded during the dawn of DTC advertising that there would be a balance between the advantages and risks in these products.

I don’t know about you, but the term “side effect” seems almost harmless, but whenever I hear “death” mentioned as a side effect any enthusiasm I might have had dwindles. And yet many patients seem to regard a listing of side effects, not matter how scary, as enhancing the benefits of product instead of engendering fear and trepidation, according to Scientific American.

If you devote considerable time to watching network television and its plethora of drug commercials, you’re like to hear one or more of the following risks in a typical day of viewing. That includes the following “harmful side effects,” compliments of Pharmacy Times:

To be fair, for many of these drugs the cure or benefit is much more important and likely than most of the side effects. Miracle drugs abound and weighing the benefits against the risks is critical. You should do it with professionals trained to make such evaluations and hope they aren’t watching too many commercials.