As Malls Die Out, Who Will Want to Leave Home?

As Malls Die Out, Who Will Want to Leave Home? 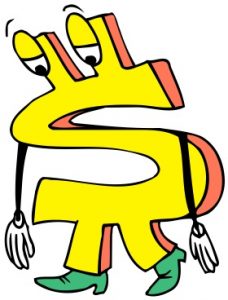 The dollars walked away from the downtowns first, and now they’re leaving the malls.

I was in a mall the other day, and even though it was after Black Friday and prime Christmas shopping season, it was far from crowded or what you might call bustling. It was a leisurely experience in many ways, but also sobering as we noted the growing number of empty stores.

Among the things I used to dread about Christmas shopping were the crowded indoor malls and the stress that was palpable as you bumped your way through wall-to-wall shoppers flowing like a flooding river in both directions. Despite the cheery holiday decor and piped-in Christmas music, the determined looks in the eyes of shoppers resolute in shortening their Christmas gift lists did not exemplify the holiday spirit.

In fact, we weren’t there ourselves for Christmas shopping in that early December venture. The weather outside was frightful, and we were taking a few laps around the spacious mall for our daily exercise. We didn’t set foot in a single store, but we did accommodate ourselves to the communal commodious commodes at our disposal, so to speak, still available to mallgoers.  The dearth of people there reminded me of a newspaper column I wrote perhaps a decade ago now about how the shopping mall was heading toward becoming an endangered species as a center of commerce. Aside from the convenience of all kinds of shopping experiences under one roof, malls brought people together.

When I worked for a daily newspaper in another place quite a few years ago now, they had this weird policy. We were not to mention shopping malls in our news stories and columns. I was to blame for that edict, I suppose. I had written a column about some topic or other which has vanished from my memory, but I had made a passing reference to a shopping mall. I had not praised or endorsed malls. I had merely mentioned being in one and making an observation about something I had seen there.

I was called into the publisher’s office the next day and ordered to cease and desist from ever mentioning a shopping mall again. A memo was then posted in the newsroom “reminding” us that our most loyal advertisers compete with shopping malls and at least one of them had complained about my commentary and threatened to take his business elsewhere. The elsewhere was a competing newspaper some 20 miles away in another small town, which was 20 miles closer to the nearest mall than we were in my little town of Wyalusing.

It was a situation much like we have here. The closest shopping malls were an hour or so away in any direction, and, despite the traveling time and distance, many of our downtown businesses were feeling the pinch. It was the early stage of retailers moving out of the downtowns and setting up in plazas or so-called strip malls along the main drags outside of town. Not only that, but huge retailers like Walmart and mall department stores chose to do their advertising nationally and reaching their customers via television or direct mail. Small-town newspapers and the businesses that advertised with them saw the big shopping malls as a threat.

Obviously, banning the mention of malls was taking this fear to an extreme, but our publisher was trying to keep his advertisers happy and hold on to his dwindling advertising dollars. I remember him saying something like: “These malls are destroying our downtowns. People drive two or three hours back and forth to a mall instead of 10 or 15 minutes to town. It’s not just about business. It’s about community.”

He was probably right. Improvements to the highway system, especially interstates in all directions, had opened up the world— or at least those cities that used to seem so distant— to all of us. Downtowns like Wyalusing used to be booming places on Friday nights and Saturdays. Shopping malls would reimagined classic American downtown and put it in a climate-controlled environment. And, as a bonus, they gave us more specialty stores, restaurants and maybe a movie complex all under one roof.

Downtowns suddenly seemed inconvenient. We gave up that socialization with friends and neighbors to travel to crowded places where we didn’t know many people— and those we did know were in a hurry, getting to wherever they were going.

The first fully enclosed mall sprang up in 1956, and over the next 20 years we became so mall obsessed it became a part of most everyone’s life. It took longer in places like Camptown, where I grew up, because we didn’t have the population to support building these shopping metropolises nearby. And, yet, by the 1980’s it seemed we were all spending a lot of time in malls.

Malls became cities onto themselves. The Mall of America near Minneapolis, where my father grew up, not only boasts more than four million square feet of stores, but it has its own amusement park. You can even get married there. It seemed the future of the great shopping malls was limitless.

What goes around comes around, as they say. Turns out there is something a lot more convenient than going to a mall. It’s staying home. Malls, we’re now being told, are on their way out. They’re already tearing some of them down. I’ve noticed, over the last couple of years, that crowds have thinned, and more stores are closing with no tenants to step in. It’s a lot like what we were seeing in our downtowns in the seventies and eighties.

According to the author of “The New Laws of Retail,” Robin Lewis, half of the thousands of shopping malls built over a 50-year span since 1956 will be closed in 10 years. He made that prediction about three years ago. The prime culprit for the ongoing demise of the great shopping mall is, of course, the internet. You can stay home and shop. You can see all the products in living color and even check out, right there, how they measure up in Consumer Reports and other reliable sources. You can order on Amazon.com, for example, and have the product delivered the next day if you want it badly enough. Overnight delivery is probably cheaper than the money you’d pay for gas nowadays for a round trip to a mall.

Oddly enough, it is a lot like the convenience we used to derive from catalogues with less time for delivery and a lot less paper to chuck when the next catalogue comes out. It wasn’t even needed as toilet paper.

Anyway, if people who used to flock to the malls stay home to do their shopping, will our sense of community be restored? Will we go back to visiting our friends and relatives, adults sitting on the front porch while the kids play and learn to socialize without adult interference? Will all those kids who used to hang out and meet their friends at the mall stay in their neighborhoods and learn how to get along with each other, perhaps choosing up sides for a game of baseball?

That’s not likely to happen. It is bad parenting to let your kids run loose and organize their own social lives. Who knows what bad influences are out there? It seems that everyone will be home now but, perhaps, more isolated than ever. Malls offered a new sense of community for several generations. They got blamed for taking people out of their neighborhoods, but will our sense of community be restored when everyone stays home and lets the world come to them— in all its glorious virtual reality?