Are YOUR Rights More Important than OUR Rights?

Are YOUR Rights More Important than OUR Rights? 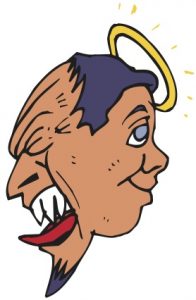 How far away are we from the good of democracy to the evil of fascism?

Events over the last few years have revealed an attitude among an astonishing number of Americans that their individual, a.k.a. personal, rights take precedence over what is best for a majority. That’s what Democracy comes down to — governing via the majority of citizens who are well informed and concerned about the welfare of their neighbors. People have started to equate their rights as a skewed version of patriotism, which allows them to display the American flag as they viciously charge the capitol, the citadel of our democracy, with the intention of overturning election results they don’t believe in.

And then after a brief period of bipartisan recrimination and concern, they come roaring back, as aggressively as ever, to stand behind what has come to be known as the Big Lie.  It’s the equivalent of that old plaint of Brooklyn Dodgers fan: “We wuz robbed!” Believing you deserved to win—or should have won— is quite common among partisan sports fans and harmless, even humorous, as we jostle with each other over our favorite teams.

This is all done in the name of patriotism, a Red Scare kind of thing where people reassure themselves that they are true Americans because the Commies, a.k.a. liberals, are taking over the country. Their rights take center stage over what’s best for all of us, which is equated with socialism. Your right not to wear a mask or not to get vaccinated overshadows the rights of the rest of us to be protected from a lethal plague. Indeed, socialism is a collective approach— a what’s best for all of us approach sometimes to the extreme. The extreme, of course, is Communism, which has a bloody history challenging that of fascism, the extreme on the right. It’s like arguing whether we would rather be ruled by a Hitler or a Stalin. Either course generally ends up in a dictatorship ruled by someone who puts himself and his often-fictional truths above all others.

I think we’re in dangerous times in our opposing views of  “truth, justice and the American Way,” the boast of a fictional character, Superman, which seems to be imperiled by distorted views of patriotism. I submit the following as a preliminary to how misguided patriotism can quickly transform a democratic nation to a fascist one under which horrible abuses of individual freedom may occur.

The willingness to accept the big lie of a Trump victory last year, despite being disproved again and again by nonpartisan sources, is a symptom of the above in this country. A former president who incited the overthrow of our cherished democracy because his enormous ego wouldn’t accept defeat is still swaggering before cheering throngs waving American flags and labeling themselves “real patriots.” That’s how far we have fallen.

I see myself as a patriot, having served my country in a war in which I was probably too young and unsophisticated to understand why I was there. That’s how we Baby Boomers were brought up by our Greatest Generation parents. Some of my generation chose not to serve, opting for protest and draft dodging instead of fighting for a cause in which they didn’t believe. Turns out that they were right in their synopsis of the situation, if not always in the ways they chose to express their opposition. Some of their choices required more courage than mine.

I would come to learn that all that we did leading up to my going to Vietnam in 1967-68 were not done for the noblest or most Democracy-friendly reasons.  All we can do is learn from these experiences and hope we are smarter and better informed the next time Uncle Sam comes knocking at our collective door.

The expression popularized in the Vietnam era though originating in the 18th Century— “Our Country Right or Wrong”— just doesn’t work anymore. The other popular slogan of the time— “America: Love It or Leave It”— basically was an unfair justification for whatever we did, because the key word to define was “love.”

This is why we need to pay so much attention to history and make sure we teach our children well so they don’t make the same mistakes over and over again. A pre-pandemic study revealed that many of our textbooks from which our children are taught do not give a balanced presentation of civil rights in America, white supremacy and slavery-versus-state’s rights. There is no national standard for what history is taught in our public and other accredited schools, so the subject matter is left up to the states. We learned that only two states mention or teach about white supremacy. Fifteen of 50 states do not mention one of the following two subjects in their public-school textbooks: slavery or civil rights. Sixteen credit state’s rights as a cause of the Civil War, including four of the states abutting Pennsylvania. One of them is New York State. State’s rights was merely a noble sounding justification for the right to own slaves and therefore allowing the dehumanizing of another race.

It seems that Americans have a spotty history of tolerating amoral and insensitive behavior and causes if it is good for the economy or we can accept others as inferior.

So if you pay attention to such things, does that make you unpatriotic? Not if you care about your country, what it represents and if we act, as best we can, with the moral authority with which we have been bequeathed as voting citizens.

I think, as I have noted in the past, that we tend to confuse nationalism and patriotism. The former is defined as “excessive or undiscriminating devotion” to your nation. That fits with “your country right or wrong.” A patriot should want his or her country to be the best it can be and to be particularly attentive to things we may be doing “wrong.” Loyalty to your country is part of patriotism, and some definitions include devotion, but not, in my opinion, to the extent of religious ardor or zeal, as some believe. It is not merely a cliché that religion has incited more death and destruction through wars and state-authorized terrorism than any other influence. It may be an adherence to religion or an unreasonable fear of another as was the case in the prelude to World War II and the holocaust, another proven horror that is still denied as truth in some quarters.

It all started as a democracy in Germany in the 1930’s where, in the wake of World War I, things weren’t going so well. There was a resentment among the citizenry that they had been unfairly blamed for starting “the war to end all wars” on one hand, and contrarily, that they would have won had it not been for traitorous influence, namely the Jews. The economy had also tanked, and that was blamed on the punishments they incurred from the Treaty of Versailles that brought the Great War to an end. The desperate need for a leader who played on these resentments  and who seemed to be pulling them out of a depression turned many good citizens into rabid nationalists and superior beings bent on retaliation for past mistreatment. The keys to the emergence of fascism over democracy were the promise of better economic times and out-of-control prejudice against the Jews. One country’s Jew is another’s unwanted immigrant.

I guess I’m saying that we all have the right to follow our conscience as citizens, and the Constitution allows us to express ourselves on what we think is right or wrong, as long as we are not trampling on the rights and safety of others.

I like the way President Gerald R. Ford expressed it in the dark days following Watergate and the resignation of a president with whom Ford had served as Vice President: