Another Invisible Threat Complicating Our Lives

Another Invisible Threat Complicating Our Lives 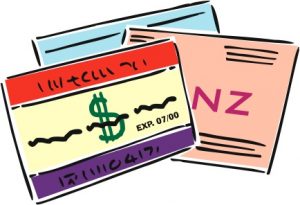 How much plastic are you ingesting?

I’ve been doing a lot of research the past couple of weeks on quackery and consumer scams, mainly because there has been such a tremendous increase of such chicanery and it is keeping state attorneys general busy across the country. This outbreak has been triggered by the pandemic that as already changed our lives and will recast our future as a country and, sadly I think, hastening our exit from the global community. It might be as harmless as a violation of truth in advertising, which apparently doesn’t include political ads. Then again, it can be as serious as endangering life and health by the exploiting ignorance and naiveté of the public.

There is a credo in the medical profession, “Above all, do no harm” or “First, Do No Harm,” depending how you translate the Latin credo “primum non nocere” from the Hippocratic Oath that guides physicians even today. It came from Hippocrates, the Greek physician, a.k.a. the Father of Medicine, not to be confused with “hypocrisy” and “hypocrite,” even though there have been plenty of phonies in that profession over the 24 centuries since.  It is no coincidence that this doctrine has been violated for centuries by physicians and other alleged healers. Then there are sellers of so-called medicines, accepted and liberally prescribed well into the 20th Century, who increased suffering, proliferated addictions and hastened death.

Let’s face it, “do no harm” doesn’t seem to set the bar very high. You’d think that healing or curing would be in there somewhere, but I suppose the world would be in a lot better shape now if this simple admonition was followed by everyone. As for physicians and others in the medical profession, we forgive their predecessors for their trespasses. We now applaud them as heroes for their many sacrifices in stemming the tide of this pandemic.

A look back at some of the quackery and hare-brained treatments should be forthcoming in a future blog, but as we’re coping with this, I’m learning more about another invader that we have welcomed with open arms during the evolving technology revolution. I guess it is easy to be enticed when something promises convenience and seems to make life easier. Too often we discover that progress and easy living have put us all at risk.

Such is the case with plastic.

I, like most people, fell under its spell and accepted it as an entitlement like peanut butter you don’t have to stir or packets of powder that magically transform a pitcher of water and a few tablespoons of sugar into a delicious fruit drink. My generation was really the first to grow up with plastic as an integral part of our lives. There are many forms of it and modern chemistry have enabled it to become the most important, and most prolific, manufactured product in our lives. It is part of everything we use. We are surrounded by it. We wear it, and it is even a component of most medical equipment and devices.

I guess the first time I paused and reflected on how plastic had become such a part of or lives— maybe too much— was the sudden popularity of bottled water. Everybody was drinking it and buying it by the cases until it became America’s most popular beverage by the 1980’s. They’ve been bottling water for a long time, but most people stuck with their tap water until the plastic water bottles appeared on shelves and coolers everywhere in grocery and convenience stores. This craving for plastic encased water was intensified by nutritionists telling us that we needed at least eight cups (64 fluid ounces) of water every day. Dehydration was being proclaimed a major cause of ill health, contributing to inflammation throughout the body. Inflammation, in turn, is a factor in virtually any disease you can think of.

It’s not all about water. It is really about fluids, but most other fluids we like contain unhealthy things like sugar, chemically modified sugar replacements, alcohol or caffeine. Therefore, the plastic water bottle reigned supreme even though we were paying dollars instead of cents per gallon. We were paying more for a gallon of water (3.78 liter bottles) than for a gallon of gas.

The June 2020 Issue of Consumer Reports, hot off the press, bears the following advisory on its cover: HOW TO EAT LESS PLASTIC. A smaller heading adds, “You may be consuming as much as a credit card’s worth of plastic a week.” Apparently, there is no way to stop ingesting plastic, but there are tips on “how to limit your risk.” I was not surprised that plastic can be bad for your health, other than breathing in fumes when burning it or possibly microwaving food in plastic containers, but I didn’t know I was actually consuming it and breathing it in.

Pretty much anything wrapped in plastic, including those vacuum-wrapped produce items in the local grocery store, supposedly teeming with healthy vitamins and minerals, can find access into your body. Microplastics settle in the dust that gathers in your home, but it’s the packaging of products that presents the most danger.

Worse yet we have been fooled by industry and plastics manufacturers to believe that most of their packaging will be recycled if we take the time and effort to separate our household trash. The vast majority, an estimated 10 billion tons since the 1950’s, is not recycled, according to Consumer Reports (CR), which has the reputation of being meticulously thorough in its research and testing. Hundreds of millions of tons of new plastic are being produced every year and most of it is not being recycled. Tiny microscopic particles are everywhere, science (for those who still believe in it) tells us. Opening that bottle of soda or tearing the plastic wrapper off that sandwich releases particles that can be ingested.

Curbing Your Intake of Plastic?

I don’t have the time or space here to rehash how what they call “the menace of microplastics” becomes ever-present  in our lives and works its way into our systems, but I think it is of interest to note some of CR’s “6 Ways to Use Less Plastic.”

At the top of the list is opting to drink tap water over bottled water. Yes, the microplastics do settle in lakes and water reservoirs, which will find its way into both water sources. However, a 2018 study published in the Frontiers of Chemistry journal discerned that the level in plastic bottles was twice as much on average than in tap water. By the way, most bottled water bottles are filled from municipal systems, either directly or after a purification treatment.

Other preventatives are obvious, based on what I’ve already reported. Since the microparticles tend to settle in the dust that gathers in your home, it is recommended that we vacuum regularly. Apparently, they are present wherever you are on the planet, but it is not clear if climate and distances away from sources emitting these particles modulate density.

It is also recommended that:

√ you don’t microwave in plastic containers, which, when heated, can leach into food.

√ buy and store food in glass, silicone or foil instead of plastic.

We certainly have enough invisible dangers to worry about in the historic year of 2020, and guess it is up to each of us to choose our own course of action or inaction. That is starting to be the case in how each of us deals with COVID-19. Maybe Hippocrates was right when he proclaimed: “Above all, do no harm.”