A Voter’s Journey through Five Decades of Change

A Voter’s Journey through Five Decades of Change 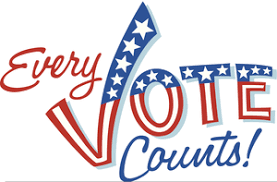 Actually, every vote counts toward another vote— from the electors, who are members of the Senate, House of Representatives, and three from the District of Columbia. It was a compromise and it complicates the majority-rules premise.

This is my last blog before election day, and more people have already voted than will vote, as my wife and I will, at their local polling places next Tuesday. Changing the minds of voters at this point is very unlikely and, if you are still an undecided voter, you haven’t been paying attention to anything and should probably stay home. It is lame to complain that you’re sick and tired of election ads, cable news commentaries and coronavirus fatigue. We all are, but if you don’t vote, you have no right to complain. You played no part in the results.

I’ve voted in every election since I achieved voting age after being discharged from the Army and returning to college on the G.I. Bill late in the summer of 1969. I, like generations of soldiers before me, was old enough to serve my country in a war but too young to have a say about who would send me —or not send me— off to war.

That’s because you had to be 21 to vote, and, because of the way the elections fell, I had to wait until I was 24 to be eligible to vote in my first presidential primary in the spring of 1972.  The summer before, the voting age had been lowered to 18 by constitutional amendment.

Then again, I was young, naïve and not particularly knowledgeable about why we were in Vietnam at the ages of 18 and 19 when I enlisted and joined the hostilities. I knew we were there to halt the spread of communism and, had I been eligible to vote at that age, I would have looked at things differently than I did a few years later.

One notable thing about Vietnam is that presidents in both parties followed the lead of their generals and engaged aggressively in trying to vanquish the North Vietnamese Army (NVA) and Viet Cong. The Democrats, Kennedy and Johnson, got us into it— with JFK sending the first military advisors over to assist in the war efforts, and LBJ ratcheting it up, assuming our unmatched firepower would ultimately win the day. That’s when the anti-war protests started on a massive scale, with the clashes at the 1968 Democratic Convention in August bringing it to a head. I had been back in the states for about a month, assigned to duty with the Defense Intelligence Agency in conjunction with the Pentagon, and I vividly remember watching the coverage in my barracks at Arlington (VA) Hall Station.

I was pissed. We had answered our country’s call, many of us knowing that going to Vietnam would be part of the commitment, and young Americans were calling us baby killers and worse. Had I been old enough to vote, I would have probably cast my ballot for Richard Nixon, the Republican, who appeased pacifists by promising to resolve this moral dilemma with a program call Vietnamization. This would supposedly allow us to train and arm our South Vietnamese allies to fight and win the war in “an ever-increasing combat role” as we gradually removed our troops from the conflict. That sounded good, but that was the same rationale for sending “military advisors” there in the first place.

The voters figured the Democrats had played out their hand and decided to go with Nixon, who, in turn, slowly started withdrawing ground troops in earnest in his second year in office. In the meantime, he had increased the role of Air Force involvement, massive destruction from above and a proliferation of civilian casualties, including bombings of Hanoi and “secret tactical bombings” outside the border of Vietnam in Laos and Cambodia to stymie troop and supply movement on the Ho Chi Minh Trail. Nevertheless, and despite the increase in “collateral damage,” Nixon seemed to be living up to his word.

Voters rewarded him with a second term and he withdrew our “direct military involvement” altogether in January 1973. It was not a pretty ending, leaving loyal South Vietnamese civilians and a few thousand Americans behind to fend for themselves. It was something that Americans hadn’t experienced in more than a century — losing a war— and 58,000 members of the U.S. military, many too young to vote, died by its end. The death toll of Vietnamese civilians by the end of the war was estimated at about 2 million.

I didn’t want Nixon re-elected. I had become suspicious of his character and propensity for bending the truth, which became more than suspicion a few years later with the Watergate scandal. I registered as a Democrat for my first presidential primary because I wanted a say in who ran against Nixon. None of the choices were reassuring. There was Hubert Humphrey. He had lost to Nixon the first time. Also on the ticket was Edmund Muskie, who seemed a man of solid character, but inspired no passion. Then there was the option of George Wallace, an avowed racist who turned out to the most serious challenger to the eventual winner, George McGovern. McGovern was crushed by Nixon in the November 1972 election, taking only Massachusetts in the popular vote.

Meanwhile, the real breaking news of the day was objectively reported on evening network broadcasts by reputable, respected journalists like Walter Cronkite, John Chancellor and David Brinkley. Americans watched the war while eating their dinner. Politicians in Washington bumped heads as they do now, but they painstakingly got things done through what has become an endangered, even nonexistent, process— compromise.

My early exposure to politics was enlightening, to say the least, because it forewarned me that a democracy was not always an end unto itself. It, too, requires sacrifice to make it work. Furthermore, being the United States did not always mean we were on the right side. We loved our country and felt fortunate to enjoy the freedoms we had inherited, even as protestors decried our presence in Vietnam. And, perhaps for the first time, we saw war veterans tossing away their medals and joining in the protests.

I felt my job as a voter was to, first of all, respect truth and character. Political arguments were often manipulative and misleading. It was up to me as a voter to do my homework, and even though exaggeration and outright prevarication had become so much a part of the political process, it often meant picking the best, and most qualified, candidate. Political party was not THE priority.

Little did I know the choices would get tougher, especially in determining who is the most reliable and truthful. That became important to me, because I don’t like being played for a sucker. I often voted for Republicans, especially in the state legislative races, because they seemed to be strong in constituency service and not caught up so much in the politicking and bickering in Harrisburg. Our rural state legislators didn’t sponsor or co-sponsor many bills, but they were responsive to our concerns and questions as citizens and taxpayers.

The truth does not lie within a political party itself, and I have contemplated more than once going independent. But I want to be part of the process and independent voters don’t get a say in determining major party candidates. I don’t want to be stuck with two choices made by others, even knowing my vote wouldn’t have made much of a difference anyway.

The every-vote-counts justification doesn’t really resonate anymore, because we’ve learned that the winner-takes-all formula of the electoral college system allows someone to win the presidency while losing decisively in the popular vote. Political parties gerrymander congressional districts, and democracy has turned into an exercise governed by a weird partisan formula of mathematics, geography and politics transforming our “government by the people” into a bastardized version of that definition of democracy. Democrats and Republicans alike gladly and enthusiastically play this chess game to gain an advantage, and no state has been affected more by this than Pennsylvania.

Social media has really changed everything in 21st Century presidential politics. There is just too much information, and too many people cranking out stuff with little regard for truth and fairness. It has become a mean-spirited, name-calling exercise with people dismissing each other as “nut jobs,” Nazis and Communists based solely on who they are voting for. It can get confusing, frustrating and even frightening whatever your political preferences.

You aren’t a “real American” because of WHO you vote for. It seems to me to be more about the HOW and WHY we go about it, governed by a sincere belief in doing what is best for all of us.