A Story Grows from Seeds Planted 48 Years Ago

A Story Grows from Seeds Planted 48 Years Ago 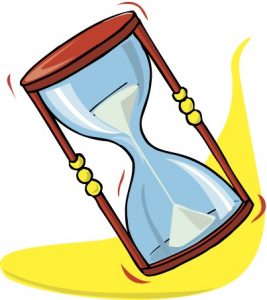 The sands of time never run out on a story worth telling.

I recently completed the manuscript for what has evolved into a 90,000-word narrative nonfiction book at whose hub is a true crime that occurred in the mid-1970’s when I was a young, wet-behind-the-ears reporter in Williamsport, PA. It was my first full-time job, aside from my three-year enlistment in the Army as an intelligence analyst, and, as it turned out, I was working there in lieu of attending my college graduation exercises. I was already 25 years old with a wife and infant daughter.

The murder of a 12-year-old girl and the arrest, trial and conviction of a young man for the crime over a span of barely four months was just a blip on my radar. I was still doing rewrites and learning the ropes at the time. Three years later, my daughter was a toddler, and our family had expanded to four with an infant son. By then, experienced in covering both soft and hard news, I was assigned to interview a woman who claimed there was convincing proof that her son, the defendant in the above stated case, had been falsely and maliciously prosecuted.

I responded, anticipating it was just another parent who could not accept that her son could commit such a heinous crime. I was skeptical, as reporters are expected to be when investigating such things. It was an opportunity to retell a widely followed true crime story three years in the past, but the last thing I expected was ultimately being convinced the defendant did not receive a fair trial. There seemed to be evidence tampering and a whole bunch of things that didn’t add up. Within a matter of months, I was convinced he was innocent and could not have committed the crime either via motive, opportunity or valid evidence.

Sometimes cops and prosecutors cut corners because they are convinced that if they blow it, a dangerous felon would be released to prey on other innocents. I don’t know what they believed in, other than the acclaim for solving a crime, but the man they chose to prosecute didn’t fit as any kind if danger to society. In fact, two of the cops involved in the investigation would agree that it was, as one of them put it, an “I’m sorry kind of murder.” In other words, it was not, as portrayed by the prosecutor, a violent attempt of sexual assault that resulted in death by manual strangulation. There was no evidence of sexual molestation, or intent thereof based on injuries (or lack of them by either hands of ligature), but more likely someone striking out in sudden anger. Without going too deeply into the complexities of this case, it could have easily been an incident of domestic violence that wasn’t pursued due to community-wide sympathy toward a family who had lost a child. Nowadays— and for several decades, it seems— we are accustomed in our true crime stories for criminal investigators to first eliminate as suspects those closest to the victim and then move outward from there. This was not the case in October 1973 in South Williamsport, PA, an all-American town and home of the Little League World Series.

I covered the crime, investigation and case flaws in a multi-part series in the Williamsport edition of Grit, a Sunday weekly with a local circulation of about 42,000 at the time. It opened the door to coverage in other publications, including the Harrisburg Patriot-News and a Williamsport publication called The Weekender which ran a series devoted entirely to the case and all of its discrepancies in 1980. The Philadelphia Inquirer sent a reporter who I assisted in research and tracking down interviews.

Among its more intriguing red flags:

√ The body of the girl was found just outside of town in a cornfield where it had reportedly lain lifeless for nine full days in unseasonably mild and dry October weather. However, decomposition was negligible and was more conducive to being dead for a matter of hours, not days, according to renowned forensic experts who disputed autopsy findings. The experts concluded that the only way this was possible was that the body had to have been under refrigeration for seven to eight days out of the nine days based on time of death in the postmortem report based on stomach contents.

√ Field evidence and testimony, including body condition, suggested the body had to be removed from the field and then returned to another location shortly before the body was “discovered.”

√ Tires cast near the body scene in that cornfield were determined to have been removed from the car of the defendant when it was impounded three days after the body was officially discovered. However, what was known as “the convicting tire” because it was the only one introduced as evidence that wasn’t “bald or balding,” wasn’t put on the car until the day after the body was removed from the field and evidence gathered there.

√ Two borough employees and a municipal police officer stated that tire prints were being cast while the car was impounded in the borough garage. Photos show the car in the garage with a white substance on the tires and white tracks on the floor. Testimony indicated casts were made at the field and later transported to the State Police Crime Lab in Harrisburg for analysis.

√ The Commonwealth’s so-called “eyewitness,” who testified seeing the girl get into a car resembling one owned by the defendant, was taken to view the car when it was impounded and had to be hypnotized to “aid in her recollection,” something never known by the jury. That witness observed a white construction helmet on a back window ledge, as it was when impounded in the borough garage. However, the white helmet was not issued to the defendant until more than a week after witness had seen the girl and car on the day she went missing.

√ The young murder victim went missing on a walk of about a dozen blocks after staying overnight with a friend (the younger sister of the defendant) after being summoned by her mother via phone to come home. She was wearing one pair of pants (1) described by witnesses who saw her walking home but was found in the field in another pair (2) she had been carrying in an overnight bag. Her mother, who had not seen her daughter that day, insisted in her testimony that her daughter was wearing the second pair.

The list of questionable evidence and discrepancies is long and requires more description than I can accommodate to explain their relevance.

Happy Ending but Still a Murderer

An interesting whodunnit indeed, but the man convicted of the crime served a few months short of ten years (10-20 for second-degree murder) and returned home still in his early thirties to resume his life in a community where many regarded him as either unfairly prosecuted or innocent altogether. He was able to earn a productive living in his own business, marry and father a daughter who is almost as old as he was when released from prison. Interest in exoneration abated because of what seemed to be a happy ending, but he still remains on the record as a convicted murderer.

The murder case is interesting enough on its own, but my research and familiarity with the people involved results in a “generational family story” that spans three generations decades before and after the crime and punishment. A father blames himself for not being there for two sons when needed — one dying at the age of six under the wheels of a school bus and the other arrested, tried and convicted of murder at the age of 20. He was obsessed with exonerating his son. The mother was left alone, trusting that the truth would set them free as police converge on her home. Meanwhile, her husband, himself drugged and under questioning, is recovering from a mental breakdown in a hospital bed with cops as his only visitors. Barely two weeks later they escort their son to the county jail— the onset of a decade behind bars.

Now it’s a matter of getting it published— the final phase of a story that took shape over a lot of years. It is preliminarily entitled, “The Mosaic Pieces,” which is how the prosecutor described putting his case against Kim Hubbard together. There is also a companion website, which includes trial transcripts, evidentiary photos and sworn affidavits that focus on the case and newly discovered evidence.